New Bentley Flying Spur To Be Unveiled This Month

The new-gen Bentley Flying Spur will be the very first Bentley to get an All-Wheel Steering, enhancing both stability at cruising speeds and agility. 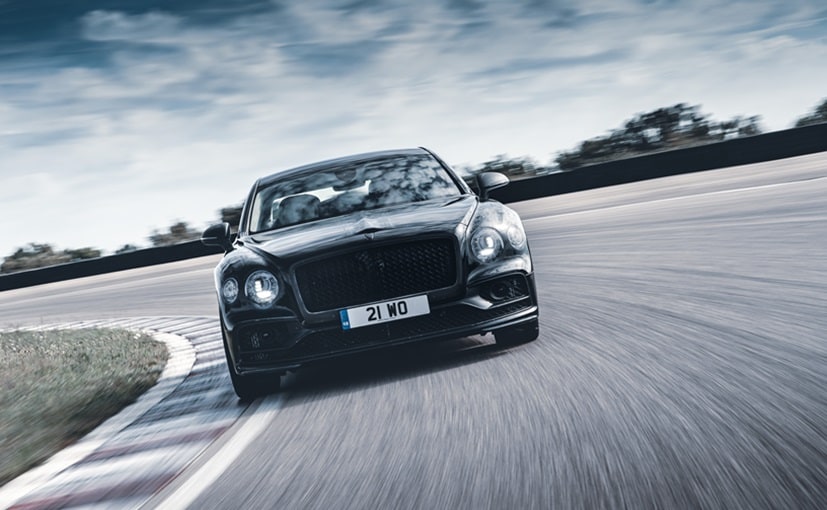 The third-generation 2020 Bentley Flying Spur Grand Touring Sedan is all set to make its global debut this month, on June 11, 2019. This year also marks the 100-year-anniversary of the British luxury carmaker, which calls the new-gen Bentley Flying Spur a combination of a sports sedan and luxury limousine. Among its key highlight, the new 2020 Flying Spur will be the very first Bentley to get an All-Wheel Steering, enhancing both stability at cruising speeds and agility.

Bentley says that similar to the recently launched Continental GT, the all-new Flying Spur is also a ground-up development that offers superior technology and craftsmanship to deliver high levels of performance and refinement. In fact, the four-door sport sedan will come with the same 6.0-litre twin-turbo W12 engine that powers the new Continental GT. The motor is tuned to churn out a massive 625 bhp and develops a monstrous 897 Nm of torque. Having said that, Bentley is expected to a couple more engine options later in the future - a smaller 4.0-liter twin-turbo V8 that makes 542 bhp and 770 Nm torque, along with a 2.9-litre V6 plug-in hybrid engine as well.

In addition to the all-wheel steering, the new Bentley Flying Spur will also get an updated All-Wheel Drive system. Interestingly, the new AWD has been designed to supply power only to the rear wheels in standard road conditions, thus offering the classic sports sedan handling characteristics. However, if the system detects any kind of slip, it's capable of instantly sending power to the front wheels providing active All-Wheel Drive, fully automatically. This is the first time that Bentley has introduced such an AWD system for the first time.

Furthermore, for superior ride and comfort, the new Flying Spur now also comes with a new suspension setup that allows you to change the stiffness setting on demand to combat cornering forces and minimise body roll. However, other technical specifications and details will be revealed at the time of the official unveiling.

Rolls-Royce Phantom
₹ 9.5 - 11.35 Crore *
View More
Subscribe to Our Newsletter
Over 1.5+ Lakhs subscribers
Thank you for Subscribing to Us