Honda Motorcycle Scooter India has launched the new Honda Hornet 2.0. We bring you all the highlights from the digital launch of the Hornet 2.0. 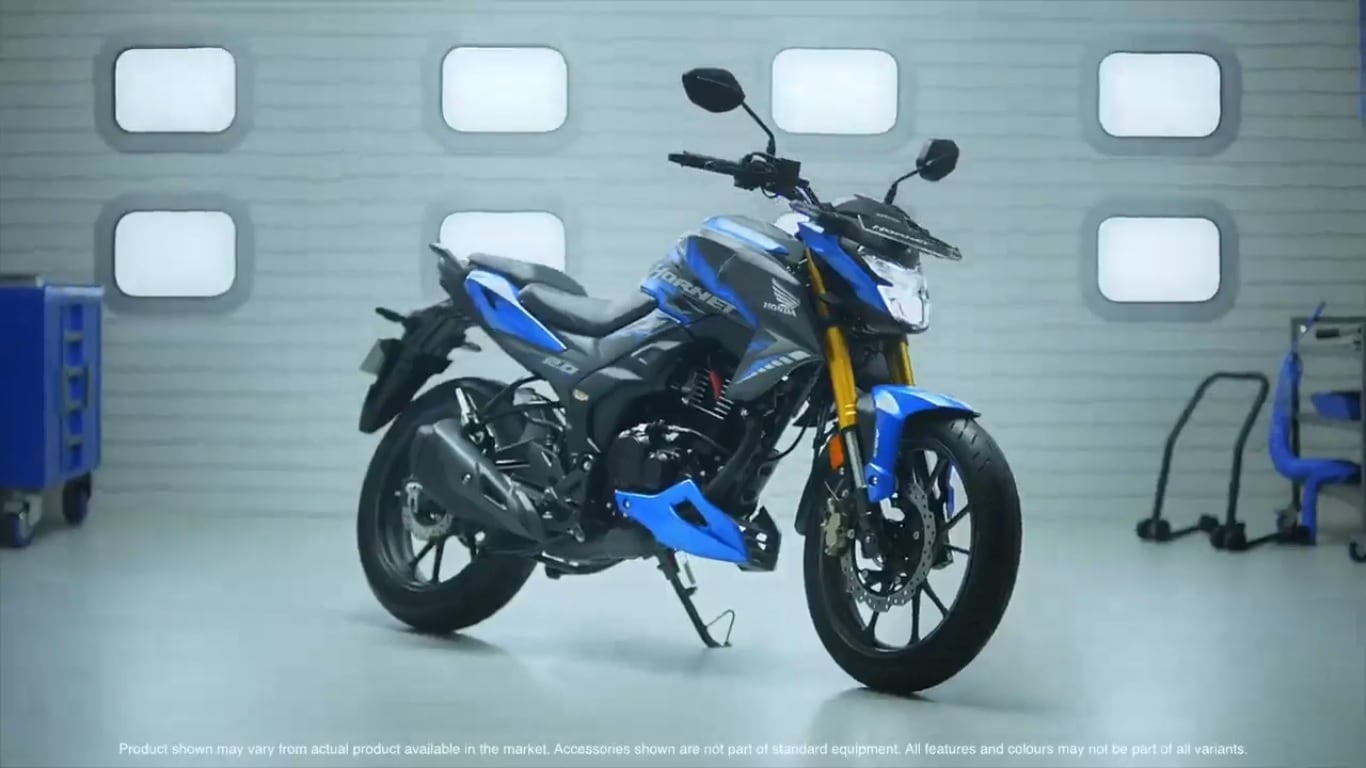 Honda Motorcycle and Scooter India launched the Honda Hornet 2.0 in India today. The 180-200 cc motorcycle segment is doing well in India and this motorcycle may prove to be a good opportunity for Honda to bolster its sales. The Honda Hornet 2.0 is priced at ₹ 126,345 (ex-showroom, Gurugram) and for a 180 cc motorcycle, we believe it is steeply priced. The Hornet 2.0 gets a 184 cc engine which is fuel-injected and makes 17 bhp at 8,500 rpm along with 16.1 Nm of peak torque at 6,000 rpm. The engine is paired to a 5-speed gearbox.

In terms of design, the motorcycle looks the part of a 180-200 cc bike, with muscular tank, extensions, sharply designed LED headlight, gold upside down forks and a dual-tone colour scheme. This is the first time that a motorcycle gets inverted forks in the sub 200 cc segment in India. The photographs also shows a fully digital instrument console, which is flat and rectangular and has a negative LCD-like display.

The Honda Hornet 2.0 will go up against the some really capable motorcycles such as the TVS Apache RTR 200 4V and the Bajaj Pulsar NS200 and the Hero Xtreme 200R. Bookings for the motorcycle have already begun and Honda says that the motorcycle will be despatched in the first week of September 2020 and deliveries will begin around the same time.