The new large SUV, possibly the Nissan Terra will be Indianised by Nissan's new design studio in Chennai and will have some differences as compared to the international model. 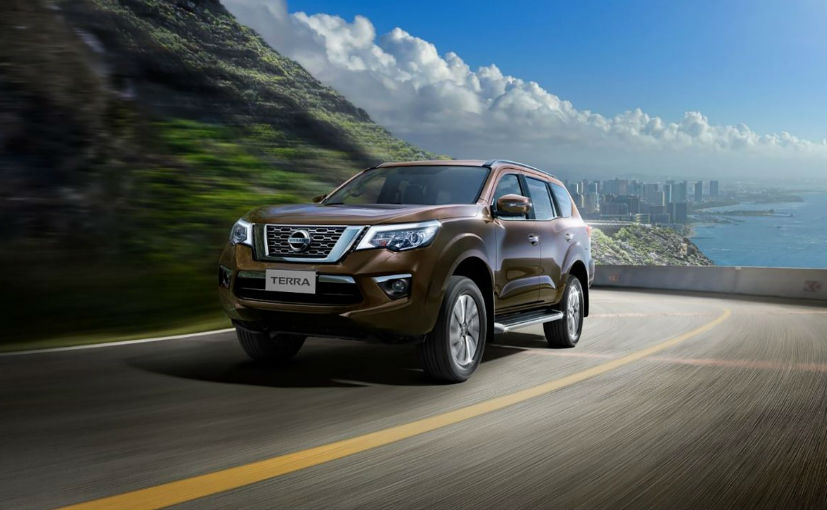 Nissan India will be launching a new SUV in January 2019 - the Nissan Kicks to take on the Hyundai Creta. But that isn't the only new SUV that Nissan India is working on for the Indian market. The larger full-sized SUV market has also been heating up with the likes of the Toyota Fortuner and the Ford Endeavour showcasing decent sales every month and now Nissan, known globally for its body on frame style SUVs wants a piece of that pie. The new large SUV, possibly the Terra will of course (like the Kicks) be Indianised by Nissan's new design studio in Chennai and will have some differences as compared to the cars available in international (mostly southeast Asian) markets like Thailand.

In a recent chat with Car And Bike, Alfonso Albaisa, Executive Design Director, Nissan Group said, "Right now we are focused on the Kicks and really bringing this SUV into the market and seeing how that goes. And with electrification. And then there are requests about bigger cars than that and that's been our focus too. But I am not currently able to discuss all of that."

The Nissan Terra SUV - not to be confused with the smaller Terrano, will have a 7 seater configuration and will come with a ladder on frame chassis construction just like the Isuzu MUX, Toyota Fortuner and the Ford Endeavour. For international markets, Nissan offers the Terra SUV with a 2.5-litre, four-cylinder, diesel engine that produces 188bhp of max power and 450 Nm of peak torque. The engine is coupled to a 6-speed manual or 7-speed torque-converter automatic transmission. There is no petrol engine on offer just yet but we think the Indian market will get a petrol version too to take on the likes of the other petrol-powered SUV in that same segment.