Sponsored: Why Volkswagen's DSG Is Busting The Myth Behind Automatic Gearboxes

Some of the most commonly used gearboxes in this category include - Automated Manual Transmission (AMT), Continuously Variable Transmission (CVT), Dual-Clutch Transmission (DCT), and even the DSG. 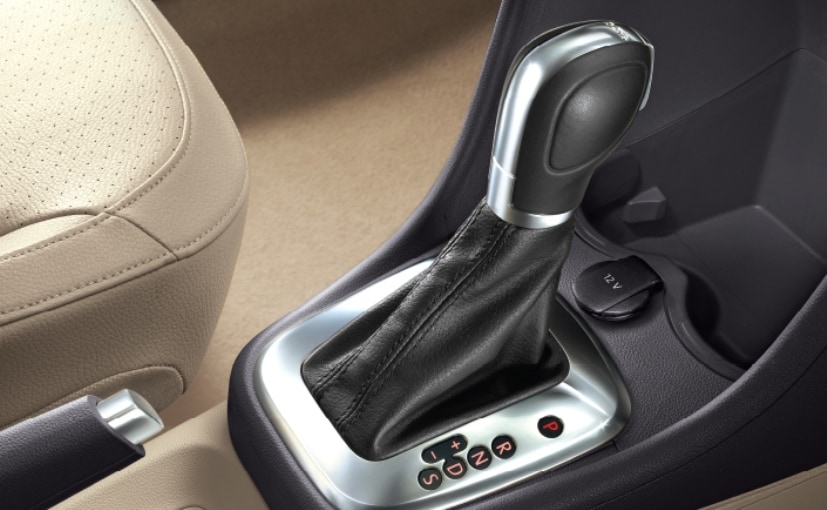 View Photos
The DSG gearbox was first introduced globally in 2003

Commute. It's a common term now, and while most of us do it every single day of our life and getting from point A to point B has become part of our everyday functioning. With cities expanding and consumer buying sentiments growing, cars have started to play a significant role in the lives of people and the sheer number of cars on the road has quadrupled in the last few years. This has of course led to traffic snarls during rush hour and with people spending even more time inside their cars. The domino effect, so to say, has been that the consumer preference has moved from buying a car with an automatic gearbox rather than one with a manual. And automakers have responded to this demand by bringing in cars with automatic transmission to add to the comfort of the passengers. Now almost all car manufacturers in India are introducing auto and semi-auto gearbox be it a hatchback, sedan, SUVs and even in the highly popular subcompact space. Some of the most commonly used gearboxes in this category include - Automated Manual Transmission (AMT), Continuously Variable Transmission (CVT), Dual-Clutch Transmission (DCT), and even the DSG.

The AMT is the most affordable option of all of the above. It's basically just a kit that can be added to any regular manual transmission. The CVT on the other hand comes with one special gear that's variable across all driving situations and can change effortlessly through a continuous range of effective gear ratios.

While these serve the purpose of putting your left leg at ease during traffic conditions, on the performance front, none of them can match the DSG. The Direct Shift Gearbox (DSG) is far more advanced than the above two gearboxes. The DSG is nothing but a dual clutch transmission, without an actual physical clutch of course. To put it simply, the DSG gearbox is two manual gearboxes fused together and working alternatively but are packed in just one housing. It uses two clutches and two gear shaft, one for each box, and this then transfers the power to the wheels. There are essentially five major components to this gearbox - two clutches, two gear shafts and finally an electronic control unit which controls the gear shifts. The ECU does so by analysing throttle position, engine load conditions and road speed.

The clutches are mounted concentric to each other and so are the two gear shafts. While the first gear shaft carries the even numbered gears - 2nd, 4th and 6th, the second one plays host to 1st, 3rd, 5th and 7th as well as the reverse gear. Both the shafts have a dedicated clutch for ease of operation.

So, once you've shifted the gear to D, the first clutch selects the reverse gear while the other selects the second gear and engages just short of the bite point. Once you're on the gas, the ECU instantly tells the first clutch to drop the reverse gear and 1st gear is now engaged. The ECU senses that throttle input and the next higher gear is preselected and when the shift point arrives, one clutch disengages and the other kicks in to provide more power. All these calculations happen within 8 milliseconds making it one most responsive of gearboxes in the world.

This, of course, means that the person driving the car constantly has power at his/her disposal and so there's minimal lag. This makes for seamless acceleration and smoother gearshifts. The DSG gearbox also helps in saving fuel as there is minimal spillage. The gearbox has been part of Volkswagen's fleet for many years now and the Ameo benefits from it as well. The ARAI figures for fuel economy on the Ameo DSG stand at 21.73 kmpl which is similar to the manual transmission variant.

Out on the highway or even in city traffic conditions, the DSG is a gearbox that's constantly learning the driving pattern of the person behind the wheel. And that's how, it can keep up with the throttle inputs and change gears efficiently and seamlessly. It's probably one of the most intelligent gearbox out there today with derivatives of it being used by manufacturers like Porsche in their sports cars. The gearbox has been around for 15 years now and has been fitted into over 26 million cars belonging to the Volkswagen Group across the globe. The USP of DSG is that it is more economical and offers a sportier drive than any other automatic gearbox. The DSG gearbox, then, not just puts your mind at ease but also helps in providing a hassle-free drive experience.