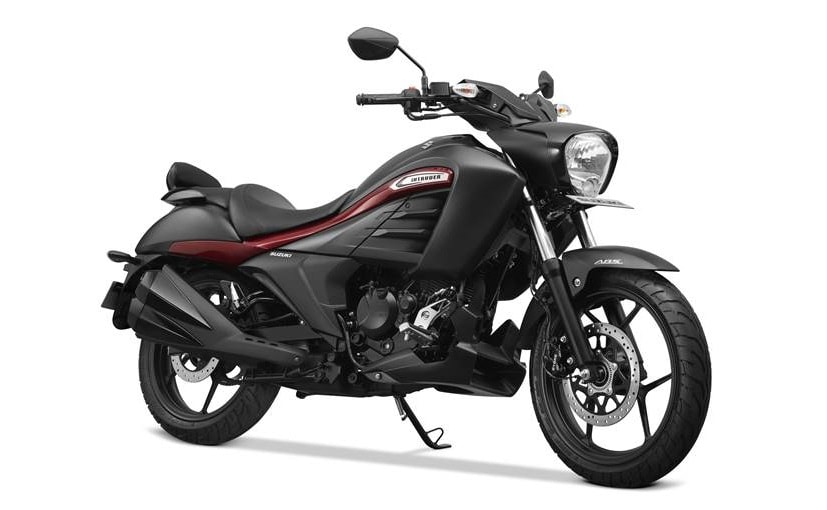 Commenting on the launch of the special variant, Satoshi Uchida - Managing Director, Suzuki Motorcycle India, said, "We are happy to introduce the Special Edition ahead of the festive season which will lure the cruiser customers. With its head-turning design, luxurious appeal and sporty looks, Suzuki Intruder and Intruder FI variants are an apt fit for the people who want to stand out from the crowd. It's for the people who navigate the challenges and ride it out with brotherhood." The Suzuki Intruder SP and SP FI see no mechanical changes and continue to be powered a 154.9 cc single-cylinder, air-cooled, 4-stroke engine, which is sourced from the Gixxer range. The motor is tuned to produce a maximum of 14 bhp at 8000 rpm and develops a peak torque of 14 Nm at 6000 rpm, while mated to a 5-speed gearbox. Like the standard model, the SP variants will also come equipped with Anti- Lock Brake System (ABS) and the Fuel Injection will offer a better riding experience.

The Intruder is equipped with projector headlamps with LED position lights, an all-digital instrument cluster, LED taillamp, sharp twin exhaust, and twin seat setup with a bucket-style seat for the rider. It also comes with black alloy wheels, equipped with disc brakes at both ends and a single channel ABS setup for the front disc brake. The Intruder gets telescopic front forks and Swing Arm Type mono-shock suspension at the rear.