The retro-styled roadster motorcycle, which is expected to be called Royal Enfield Hunter, will be built on the same platform as the Meteor 350, but this gets a sportier stance with slightly rear-set footpegs, wide handlebars, and a short stubby exhaust. 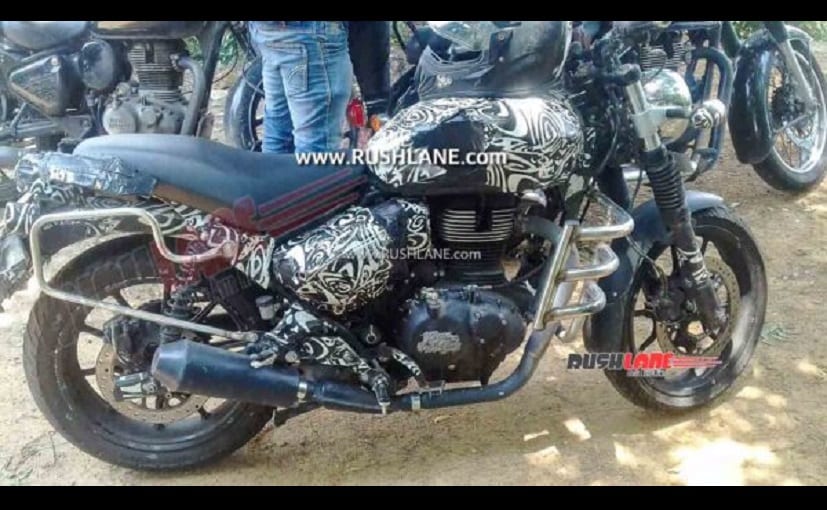 The upcoming roadster bike from Royal Enfield, expected to be called the Hunter, has been spotted testing in India yet again, and this time around we get a closer look at the motorcycle. The retro-styled roadster motorcycle, which is expected to be built on the same platform as the newly launched Meteor 350, gets a sportier stance with slightly rear-set footpegs, wide handlebars, a short stubby exhaust, and black alloy wheels. Having said that, given the camouflage and some of the temporary parts indicate that the bike is still in the prototype stage.

The new Royal Enfield motorcycle is also seen with a temporary engine guard, fork boots, disc brakes at both ends, long single-piece seat, and round chrome headlamp. The motorcycle also comes with a new compact part analogue and part digital instrument cluster, but we do not get to see the company's Bluetooth-enabled Tripper navigation pod that is offered with the Meteor, and the new 2021 Himalayan. Having said that, it is possible that, the final production version, may get it as a standard fitment. 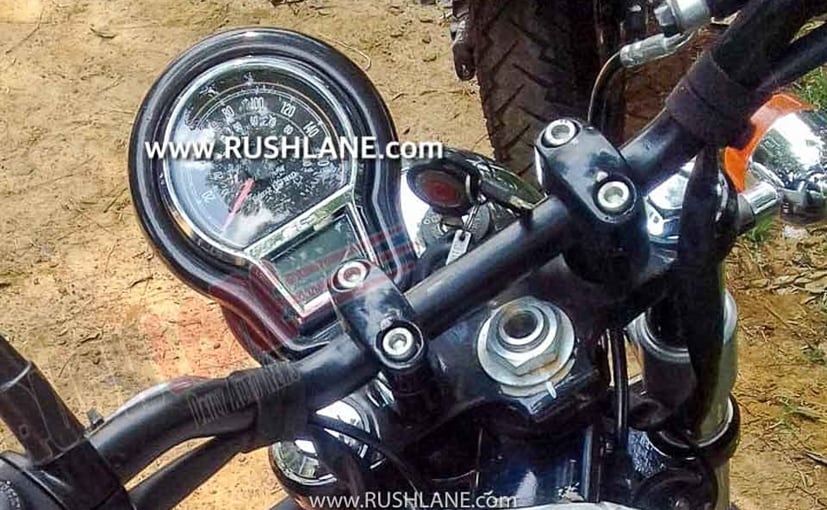 The Royal Enfield Hunter gets a new compact analogue/digital instrument cluster, but we do not get to see the Bluetooth-enabled Tripper navigation pod

Visually, the new Royal Enfield Hunter is a retro-styled roadster with modern elements and an upright riding position. Although it appears to have borrowed several components and basic architecture from the RE Meteor 350, the exhaust is completely different and employs a shorter, stubbier unit. The fuel tank and the tail section also look different, including the rear mudguard. The bike is also likely to get the same dual credal frame and suspension setup used in the Royal Enfield Meteor 350 .

The bike will be powered by the same 349 cc, single-cylinder engine that was introduced with the Meteor 350, which is tuned to make 20.2 bhp at 6,100 rpm and 27 Nm at 4,000 rpm. We expect the power figures to remain similar for the new motorcycles as well. Transmission duties will also continue to be carried out by the 5-speed manual gearbox.