The Royal Enfield Sherpa was originally sold in the 1960s, while the Hunter could be an all-new motorcycle from the company.

Royal Enfield is gearing up to introduce the BS6 editions of its motorcycles in the coming months, but the manufacturer is working all-new offerings that can be expected at the turn of the next decade. The Chennai-based manufacturer has trademarked the names - Sherpa and Hunter - hinting at the new motorcycles from Royal Enfield. A recent report suggested that RE is looking to expand its product line-up with entry-level models and the new nameplates could possibly be used for the same. That being said, it's not uncommon for manufacturers to register names for upcoming models without actually using them.

However, both the Royal Enfield Sherpa and the Hunter names come from the company's illustrious legacy of producing motorcycles for over 100 years. The RE Sherpa, was in fact, produced in the mid-1960s and was a 173 cc offering. It was later styled as the Royal Enfield Crusader in 1970. The Royal Enfield Hunter, meanwhile, will be an all-new nameplate and hints at an adventure motorcycle. A smaller displacement Himalayan, perhaps? 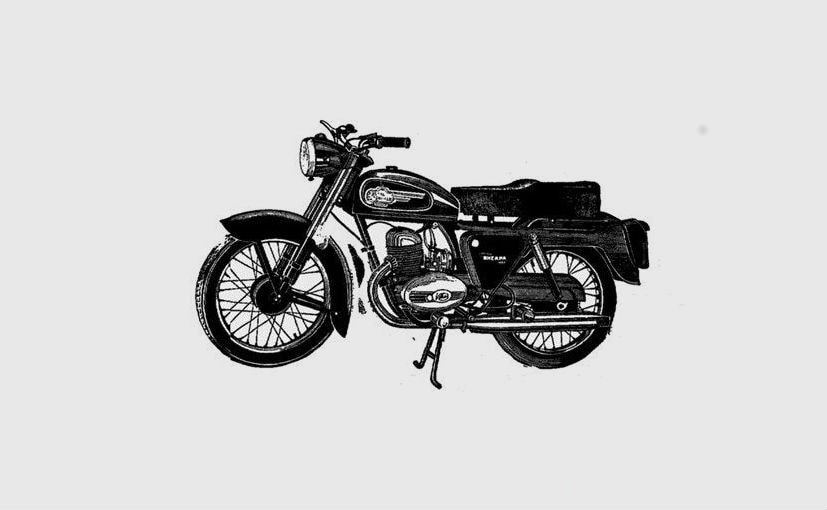 The Royal Enfield Sherpa was a 173 cc motorcycle, sold during the mid-1960s

It will be too early to say the kind of motorcycles Royal Enfield is developing for the mass market space. The same report suggests that the lighter, smaller displacement bikes will use the new J1C platform and could spawn a scrambler-styled motorcycle. The Royal Enfield Hunter would be an ideal nameplate then while possibly using the 411 cc LS410 single-cylinder engine from the Himalayan. A lot of this remains speculative at the moment and it will be a while till we hear about the new motorcycles from the company.

Royal Enfield also recently trademarked the names - Meteor and Explorer - hinting at more motorcycles in the making. It will be interesting to see higher displacement bikes though under these nameplates. Currently, the bike maker is readying up the BS6 versions of its entire line-up and the motorcycles will start reaching dealerships by early 2020. The bikes are expected to get cosmetic changes, new features and hardware upgrade as well.