Vans, Not Glamorous, But Key As EU Weighs Autos Mega-Merger 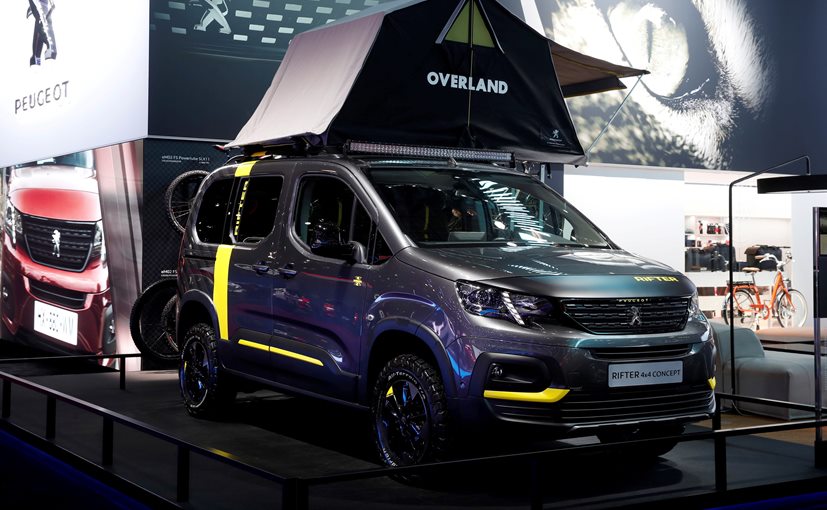 View Photos
Sales of vans up to 3.5 tonnes in Europe amounted to 2.2 millions vehicles last year

Their silhouettes don't stir dreams of adventure like a sports car or trendy SUV, but vans are a rare source of profit for European carmakers, which is why EU regulators are focused on them as they decide whether to back an industry mega-merger.

With a total of 755,000 vans sold last year in Europe, the combined Fiat Chrysler (FCA) and PSA would get a market share of around 34%, based on industry data, more than double that of Renault and Ford, with shares around 16% each.

Volkswagen and Daimler follow with market shares of 12% and 10% respectively.

"Commercial vans are important for individuals, SMEs and large companies when it comes to delivering goods or providing services to customers," European Union competition chief Margrethe Vestager said in a statement, announcing an in-depth investigation into the proposed merger.

After Fiat Chrysler (FCA) and PSA merger, the company would have a market share of around 34% in Europe

"They are a growing market and increasingly important in a digital economy where private consumers rely more than ever on delivery services".

Dario Duse, a managing director at consultancy firm AlixPartners, said demand for vans was not based on people's disposable income, as for cars, but rather on GDP and industrial trends, and in particular the logistics industry, where big players such as Amazon or DHL operate.

"Logistics is a business segment which is having a significant growth, for several reasons including e-commerce, where you need efficient and agile vans for interurban and city deliveries," he said.

Sales of vans up to 3.5 tonnes in Europe amounted to 2.2 millions vehicles last year, compared to 15.8 million for passenger cars, according to data provided by the European Auto Industry Association (ACEA).

The light commercial vehicles (LCVs) market may be secondary in terms of volumes, but it remains highly profitable in an industry where margins are constantly under pressure.

Margins are generally higher than on passenger cars, up to 5-10 additional percentage points, AlixPartners says.

"With LCVs you don't have to fulfil a series of consumer expectations that drive additional complexity and costs, such as for interiors. LCV customers are more rational and business driven," Duse said.

And while electrification in heavy trucks is complicated, it might come sooner for LCVs.

"If we look at the total cost of ownership, which is key for businesses, electric battery vans are already competitive with those with traditional engines," he added.

Prices in the van business are supported by a lower number of competitors and by the lifespan of a product marketed as a long-term investment for professionals.

Pricing is also supported by customised offers for vans. The Renault large van factory at Batilly, for example, offers no less than 350 versions of its Master model.

Profitability also comes from widely shared platforms: Renaults rolls out vehicles for brands including Fiat, Nissan, Opel and Daimler. FCA and PSA have been producing LCVs for decades through Sevel, a 50-50 joint venture, whose plant in Atessa, central Italy, is Europe's largest van assembly facility.