Yamaha hasn't cited any reasons for the price hike. 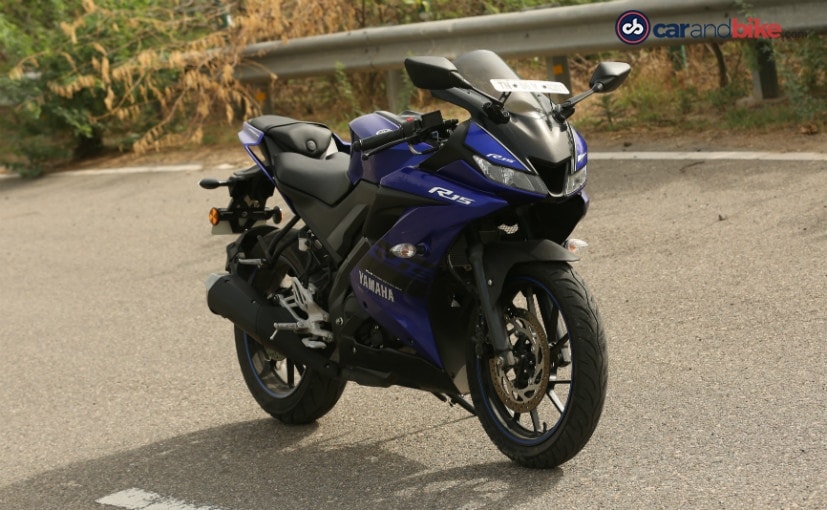 The third generation of the Yamaha YZF R15 was launched at the 2018 Auto Expo and was priced at ₹ 1.25 lakh (ex-showroom, Delhi). Now, six months after the launch of the bike, Yamaha has marginally increased the price by ₹ 2,000. The R15 V3 is now priced at ₹ 1.27 lakh (ex-showroom, Delhi). India Yamaha Motor is also getting ready to launch the MotoGP version of the R15 V3, probably in the next one month or so. The company hasn't cited reasons for the price hike yet.

Ever since the first R15 was launched a decade ago in 2007-08, it has become a cult motorcycle of sorts, offering a healthy dose of performance on a budget. The third generation model of the R15 is even sexier and draws its design inspiration from its eldest sibling, the mental R1. Other styling elements include twin-LED headlamp, new body panels and a new fully digital instrument console. The bike also gets a fully updated engine which now features VVA or variable valve actuation which helps the bike generate power and torque all across the rev range. The engine continues to be a 155 cc single-cylinder engine which makes 19.3 bhp and 15 Nm of peak torque and send power to the rear wheel via a new 6-speed gearbox with a slipper clutch.

Compared to the international specification R15, the Indian model misses out on ABS, upside down forks in a bid to control the cost. At its current price, the R15 V3 is one of the best entry-level sportbike that you can buy. It will happily do your daily commute and keep you happy on the racetrack as well.