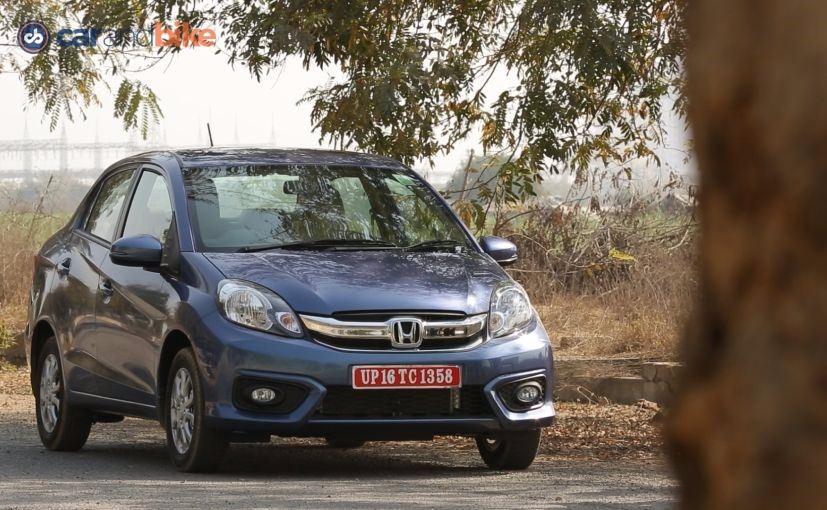 There is little doubt that the sub-compact sedan segment is amongst the most important contributors to the growth of the Indian automobile market. Its constant evolution along with the presence of cars like the Maruti Suzuki Swift Dzire, Honda Amaze, Hyundai Xcent affirms its relevance to the market. After Tata initiated India to the idea of sub-4metre sedans, other carmakers were quick to jump on the bandwagon too.

After Honda first launched the Amaze here, it wasn't long before it became not only one of the best-selling cars for Honda, but also one of the top-sellers in the country. However, that was 2013. Fast forward 3 years, and the Japanese carmaker decided it was time for some upgrades. The new Honda Amaze was recently launched in India at a starting price of ₹ 5.30 lakh - at par with the old model's price range. Interestingly, the carmaker refers to it as the 'all-new' Amaze, which seems a little bit of a stretch considering that the number of changes, mostly cosmetic, can be counted on the fingers of one hand. 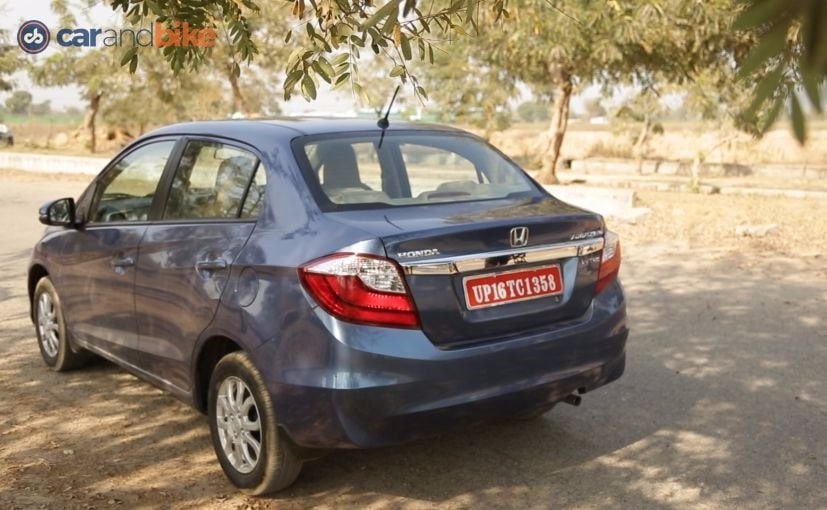 The new Honda Amaze is still essentially the Brio with a boot: it keeps the previous model's proportions with exterior changes limited mostly to the front. The new dual chrome grille is comparatively bold and upright and the foglamp enclosures are bigger. At the rear, the only distinction is the redesigned the tail-lamp cluster that indeed looks better.

The cabin, however, is a slightly different story. Though it retains the dual-tone colour scheme, there is a stark improvement in the quality of plastic as compared to the one found on the older model. The new Honda Amaze's dashboard, topped off with a dash of silver across it, is evidently inspired by the upcoming Honda BR-V. 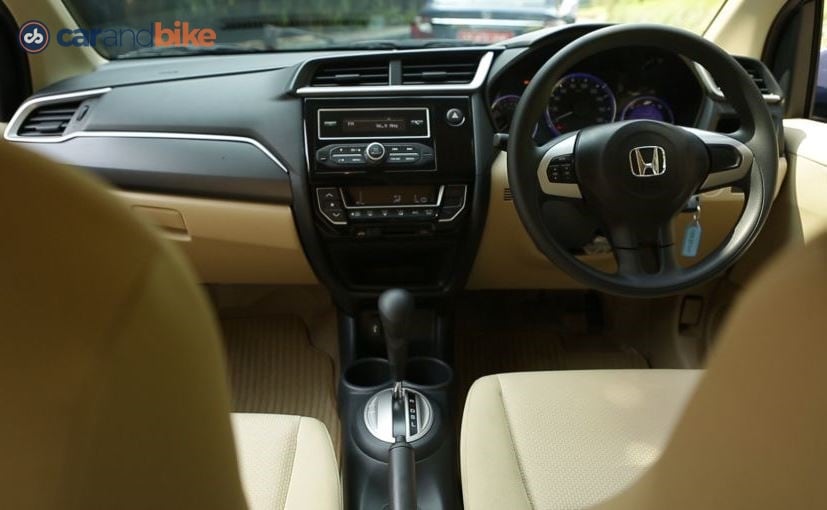 It now sports rectangular AC vents, redesigned centre console and instrument cluster. List of provisions comprises driver seat height adjuster, steering-mounted audio controls, USB, Aux-in, & Bluetooth connectivity, which were already available in the earlier one. However, to keep up with rivals, Honda has added automatic AC and a 3D speedometer. The new 3D speedometer with multi-information display gets a dial with blue accent that furthers the cabin's style quotient. 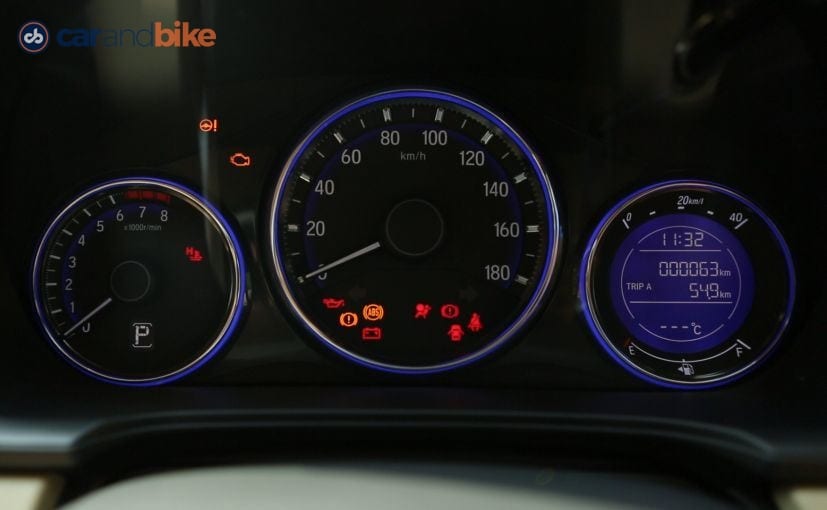 I drove the 1.2-litre i-VTEC mated to a continuously variable transmission, and I was, let's say, intrigued. The rubber band effect was thoroughly obvious with this one. While fairly typical to CVTs, it becomes evident when your input on the accelerator does not immediately translate into corresponding gain in vehicle speed. The CVT has been brought in to cater to the growing need of automatics in India and it will definitely ease the task of driving in traffic, but don't expect it to heed to your requests of blitzing past a car. It takes time for the power to kick in and you don't have choice, but to wait. As you build up the revs to 4000rpm, the CVT starts reacting and while this might be better for those driving on the highway, getting power at lower rpms can be a bit of a problem in traffic conditions.

With that being said, I must also bring my observation about its brakes to the fore - they are pretty solid.

As far as fuel-efficiency is concerned, the CVT's mileage is claimed to be better than that of the manual transmission. While the 1.2-litre petrol is claimed to deliver an ARAI-rated mileage of 17.8Km/l, the CVT promises 18.1Km/l. Finally, the NVH level; the Honda Amaze could still do with some work on insulation of its cabin against noise. After a certain speed, the engine's noise will start to work up your nerve and I am talking about the petrol here. 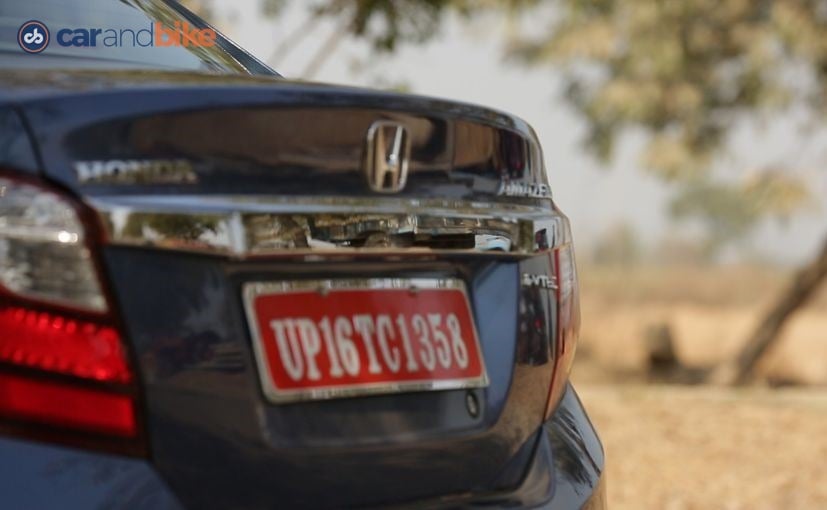 There is little doubt that the new Honda Amaze comes with the promise of better prospect - it looks well-defined, gets a tastefully done cabin, and now CVT. On the other hand, the Ford Figo Aspire, promises all that and then some more. While Amaze is the only car in the segment to offer CVT, Ford's sub-4m sedan gets the more seasoned dual-clutch automatic. Furthermore, the Figo Aspire's cabin is premium and, I believe, more appealing.

Ford Figo Aspire packs in the final punch in one of the most important departments for the Indian buyer - price. The new Honda Amaze's price ranges between ₹ 5.30 lakh - ₹ 8.20 lakh, while that of the Aspire ranges between ₹ 5.16 lakh - ₹ 8.33 lakh. It is a tough battle really for it will also face competition from the Volkswagen Ameo soon which, according to the German carmaker, will be laden with class-leading features. Now all that remains to be seen is if the new Amaze will be able to take back the crown.