Dealers are quoting a price tag of around Rs. 7.5 lakh (ex-showroom) for the Suzuki GSX-S750, while deliveries are likely to begin next month. 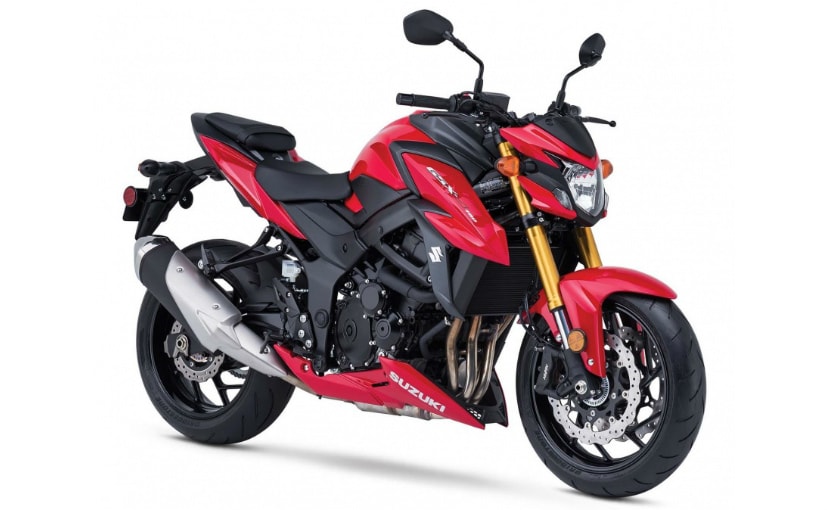 Suzuki Motorcycle India dealerships in select cities have started accepting bookings for the upcoming GSX-S750 street-fighter motorcycle. The Suzuki GSX-S750 was unveiled at the Auto Expo 2018 earlier this year and the model will be launched later today. The GSX will be the first locally assembled middleweight offering from Suzuki and is expected to be the company's most successful yet in the premium segment, sporting a competitive price tag. Dealers are quoting an expected price of ₹ 7.5 lakh (ex-showroom) for the GSX-S750, which is quite aggressive for the middleweight street-fighter.

The Suzuki GSX-S750 is identical to the litre-class GSX-S1000 that is already on sale in India. However, the baby GSX is a lot more manageable in terms of power, and certainly a lot more tamer in comparison. The GSX-S750 gets a sharp front end, similar to the S1000, while also retaining attributes like a muscular fuel tank with shrouds and an LCD instrument console. The street-fighter also gets only the essentials with respect to electronics including dual-channel ABS and four-level traction control. The absence of electronic wizardry coupled with strong handling is expected to attract experienced as well as novice riders to Suzuki's stable.

With respect to power, the Suzuki GSX-S750 uses a 749 cc in-line, four-cylinder engine tuned to produce 113 bhp at 10,500 rpm and peak torque of 81 Nm at 9,500 rpm. The bike gets a 6-speed gearbox, while the suspension setup is handled by 41 mm USD Kayaba forks at the front and a seven-step pre-load adjustable monoshock unit rear. Braking duties will be handled by discs at either end of the motorcycle.

The Suzuki GSX-S750 will be primarily competing against the Kawasaki Z900 and the Triumph Street Triple in the segment, apart from the soon-to-be-launched 2018 Ducati Monster 821. Deliveries are said to commence from later this month.