This is the seventh member of the ID. concept family and previews a potential production car for Europe and North America. 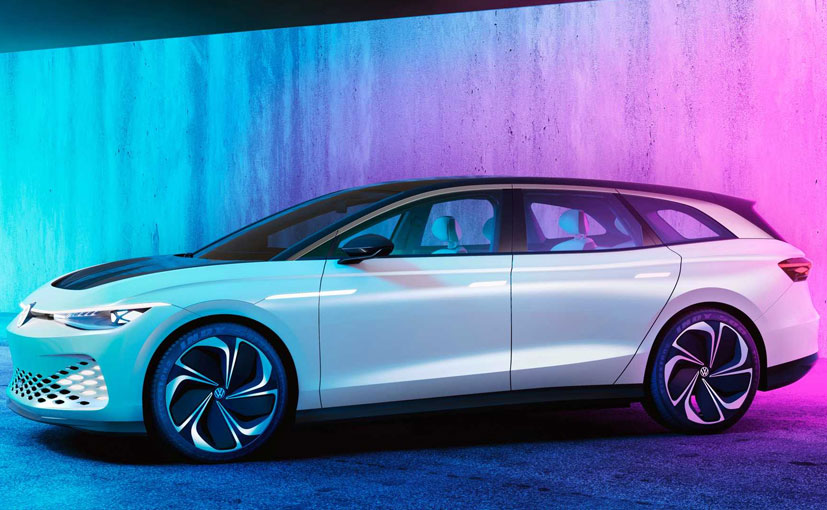 Volkswagen had already teased the Space Vizzion electric concept ahead of the 2019 LA Auto Show and now it's finally revealed it. The Volkswagen ID. Space Vizzion electric concept car is manufactured on Volkswagen's modular electric drive matrix (MEB), as are all ID. family models. This creates an entirely new package as the electric drive components are extremely compact and the battery is integrated into the vehicle floor to save space, making it possible to alter a vehicle's overall architecture. The concept car is fitted with a rear-mounted, 275-horsepower motor, but a second motor could be fitted to give all-wheel-drive capability and a total output of 355 horses. With an 82 kWH battery and an incredibly low drag coefficient of 0.24, the vehicle has a range of 590 km.

This is the seventh member of the ID. concept family and previews a potential production car for Europe and North America. Since electric vehicles don't need a radiator or space for an engine, this creates new design freedom. In the case of the ID. Space Vizzion, the designers and engineers have taken advantage of this freedom to optimise the aerodynamics-in this case, to reduce the coefficient of drag (Cd) to 0.24-and thus increase the efficiency and range. Air flows under a horizontal panel between the headlights and over the extremely low hood, before being directed to the rear, where there is another horizontal panel over the tailgate that allows air to flow under it. The hood has a high-gloss black paint finish, appearing to blend into the tinted windshield and the black tilt-and-slide panoramic sunroof. This underscores the sporty design of the ID. Space Vizzion. The air also flows into ducts in the front bumper, where it is also directed rearwards. The vents in the bumper and the hood panel have been designed as functional features but are also unique design elements. The lighting at the front is a definitive design feature. A slender white light strip extends out to the left and right of the illuminated white VW logo, reaching across the front end and into the fenders and side body. Visually, this strip continues intermittently to the rear end of the vehicle.

The IQ. light LED matrix headlights are interactive, and feature lamp modules that are seamlessly integrated into the bumper. Additional honeycomb-style LED daytime running lights that are an ID. family design cue are located on the sides of the headlamp modules and in the bumper. On the outer side of the bumper, they also act as X-shaped turn signals. The vehicle features a small, black front splitter that blends into the side sills and the rear diffuser, helping to further optimise the aerodynamics. In the lower section, the clean, seamlessly merged fender and door surfaces, as well as the design of the new 22-inch aluminum-alloy wheels, add to the aerodynamics of the car. The wheels, designed with five aero flaps in the style of a turbine, are flush with the wheelarches to avoid any interruption of the airflow.

The VW ID. Space Vizzion's cabin sees the driver get all driving information is displayed primarily in the highly visible Augmented Reality (AR) headup display. In the ID. Space Vizzion, the AR HUD replaces the traditional cockpit, which now becomes a secondary mini display showing only basic information. All information, entertainment, comfort, online functions, and vehicle settings are grouped together on a 15.6-inch touchscreen which appears to hover in mid-air. Opening the doors takes you into an open space-an interior that is more like a luxury vehicle than a midsize car. The concept car has four seats, but a production vehicle with three rear seats is also conceivable. Between the seats, there is a large fold-out center console with storage areas, drink holders and USB-C ports. 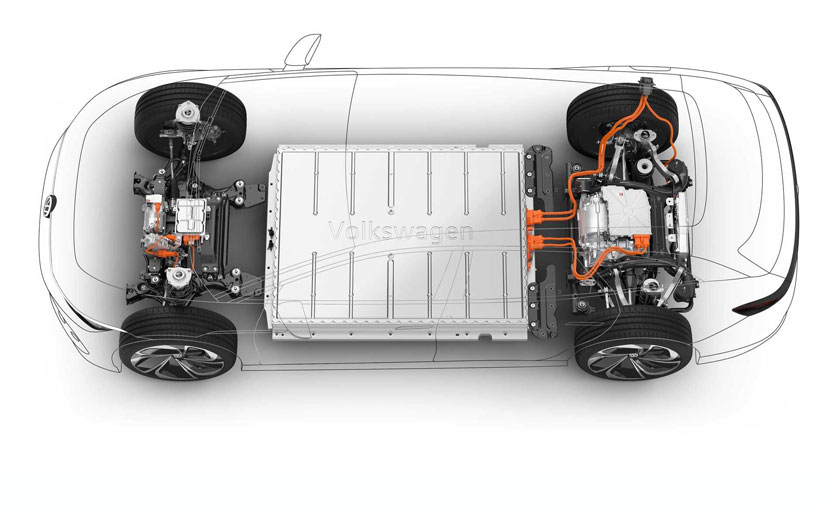 The Volkswagen ID. Space Vizzion Concept gets a rear-mounted, 275-horsepower motor, but a second motor could be fitted to give all-wheel-drive capability and a total output of 355 horses