Triumph will launch a new addition to its modern classic range in 2019 - the new 1200 cc Speed Twin. 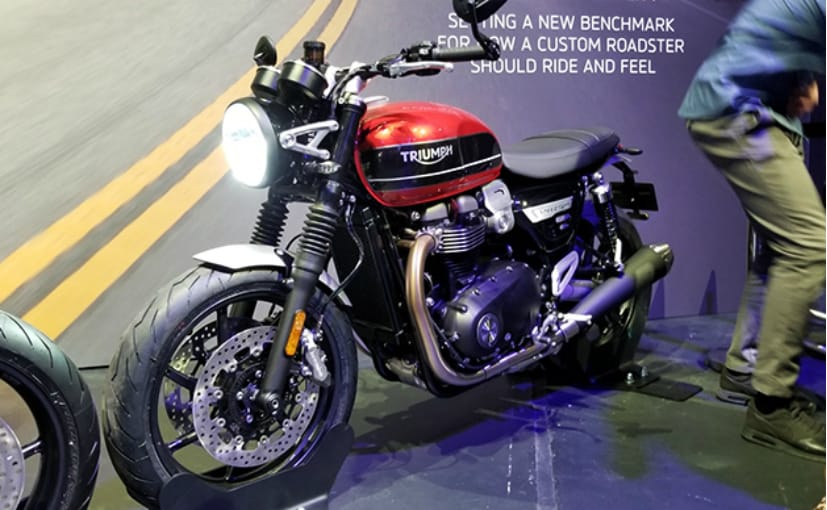 Leaked photos from Triumph Motorcycles' global dealer conference reveal a soon-to-be-unveiled model, the 2019 Triumph Speed Twin, based on the Triumph Bonneville T120. The photos reveal a modern classic similar in design to the Triumph Street Twin, and like the smaller 900 cc model, the Speed Twin runs on cast wheels, and will be the first model in the Bonneville 1200 family not to sport wire-spoke wheels. With growing popularity of the Triumph modern classic range, it's but obvious that one more addition in the same family will extend the range with more options for the customer.

Also Read: Five Things You Need To Know About The Triumph Scrambler 1200

Now, Triumph has already unveiled the new Scrambler 1200 in London, but there's still no word of the Speed Twin. We expect the 2019 Triumph Speed Twin to be unveiled in next month's EICMA show in Milan. As mentioned earlier, and confirmed in the leaked images, design-wise, the Speed Twin will have similar styling as the smaller Street Twin, but with the more powerful Bonneville 1200 cc parallel-twin engine. Unlike the Scrambler 1200 though, the Speed Twin is expected to share the "high torque" 1200 cc engine of the Bonneville T120, which puts out 79 bhp at 6550 rpm and 105 Nm at 3100 rpm.

The Speed Twin is certainly expected to make it to India. We estimate the new model to be launched in India sometime in the first half of 2019, after the global unveil at EICMA and subsequent launch. In fact, last month, a filing with the California Air Resources Bureau (CARB) also confirmed the new model to be the Speed Twin, the latest addition to Triumph's 1200 cc modern classic range. More details will likely be revealed once the bike is unveiled at the EICMA show in Milan.