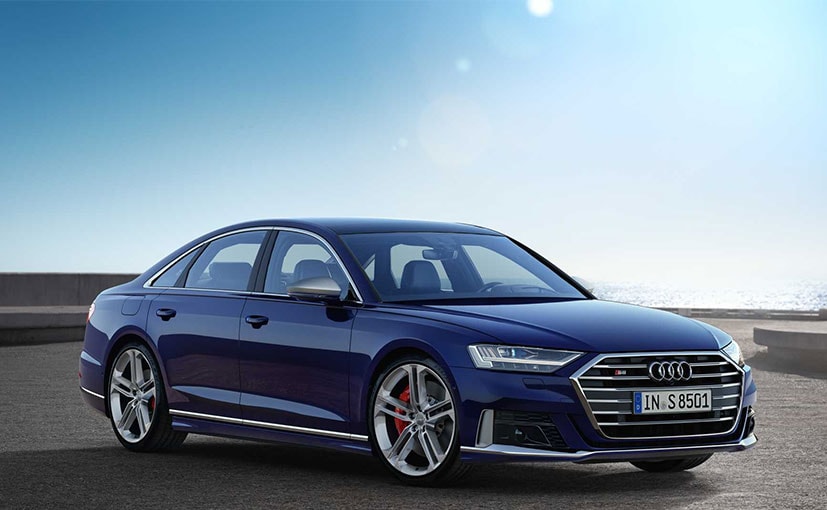 View Photos
The Audi S8 is the performance oriented version of the A8 sedan.

Audi is all set to put up a big show in 2020. The German luxury carmaker has been testing a slew of new models which are scheduled to be launched in 2020. The new-generation Audi A8 was unveiled a couple of years ago and the S8 prototype was soon spotted being tested at the Nurburgring circuit. Almost two years later, Audi has finally unveiled the full-blown performance sedan and the figures are rather impressive.

Also Read: Audi Previews The e-tron Electric SUV In India; To Be Launched Later This Year 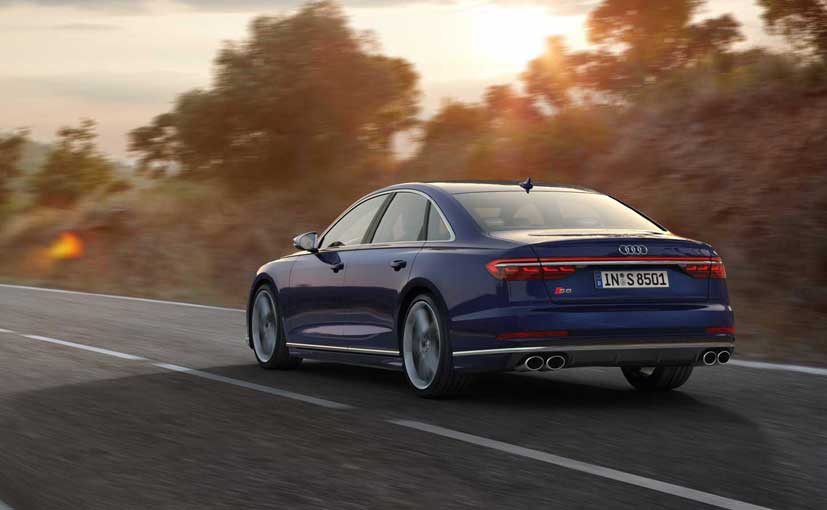 The new Audi S8 a 48-volt mild hybrid system for start-stop traffic condition which betters the fuel efficiency and performance.

The all-new 2020 Audi S8 is powered by a 4.0-litre twin-turbo V8 motor which churns out a 555 bhp and a humongous peak torque of 800 Nm which is enough for a car that weighs 2.5 tons. In addition, it also gets a 48-volt mild hybrid system for start-stop traffic condition which betters the fuel efficiency and performance. Now such manic power delivery also needs to be handled prudently and for the purpose Audi has equipped the S8 with some advanced standard fitments. For instance, the new model gets predictive active suspension as standard which can raise or lower each wheel individually. The suspension helps to keep the body stable by predicting the road conditions. For example, forward-looking cameras can sense potholes and adjust the ride accordingly. Then, in the dynamic mode the suspension limits the body roll to as low as 2.5 degrees which goes up to 5 degrees in the comfort mode. Other standard fitments include Quattro all-wheel-drive, all-wheel steering, a sport differential and carbon fibre ceramic brakes which measure at 16.5-inch in the front and 14.6-inch at the rear. 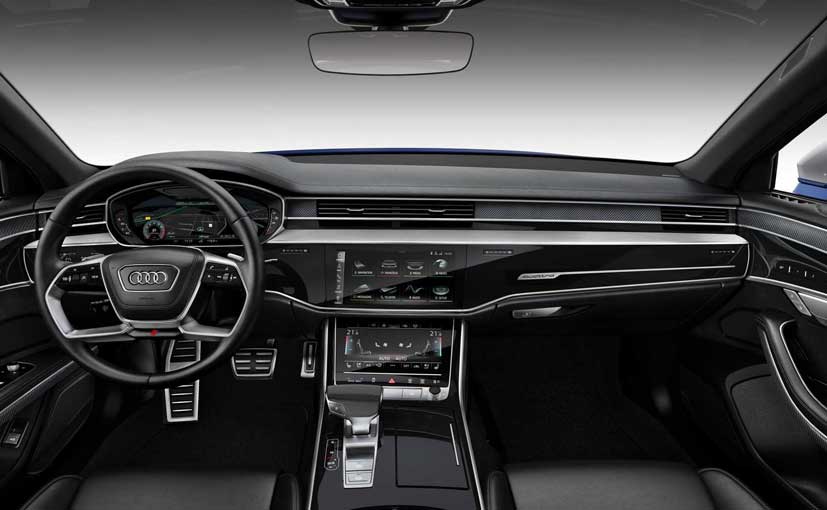 Understated design has been a tradition at Audi and the same goes even for performance cars. The new S8 looks subtle and very similar to the A8. Though the face is a bit aggressive, there isn't much drama to make it look busy. At the rear it gets quad tailpipes set up and the S badging. Moreover, it gets sporty looking five-spoke alloy wheels as well. Upgrades on the inside are little more than subtle. It gets an exclusive upper inlay made of Carbon Vector that creates a special 3D effect. Matte aluminum trim and diamond-stitched seats with embroidered S badging are also something which differentiate it from the A8 sedan. The fully-loaded S8 will be equipped with five radars, six cameras, twelve ultrasound sensors and a laser scanner.