A little over a month after the Land Rover Defender made its global debut, a prototype model of the upcoming SUV has been spotted testing in India. The model spotted in India its the long-wheelbase version. 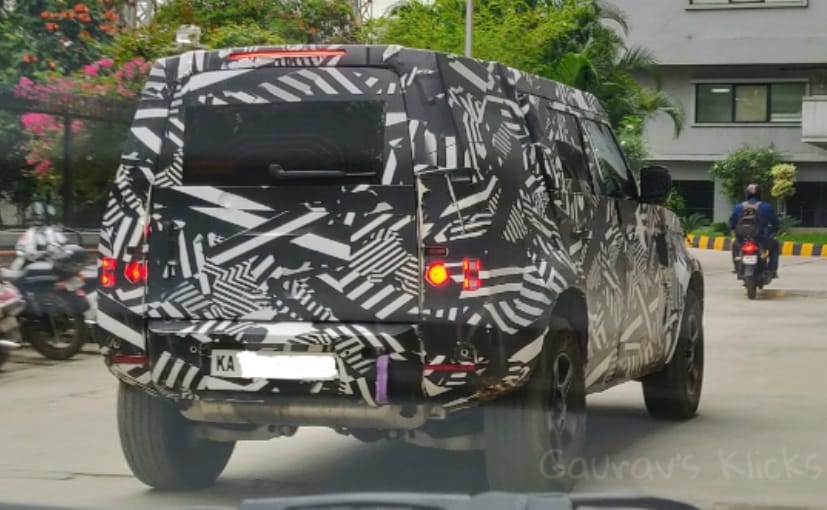 After making its global debut at the Frankfurt Motor Show, the new-generation Land Rover Defender SUV has now reached our shores. Recently, a pre-production model of the off-road SUV was spotted testing in India, and like the global test mules, this one too was heavily camouflaged. While we already know what the SUV looks like, the fact that the new-gen Defender has been spotted here further indicates that the iconic moniker will finally come to India. However, we do not expect the SUV to be launched any time before the second half of 2020. 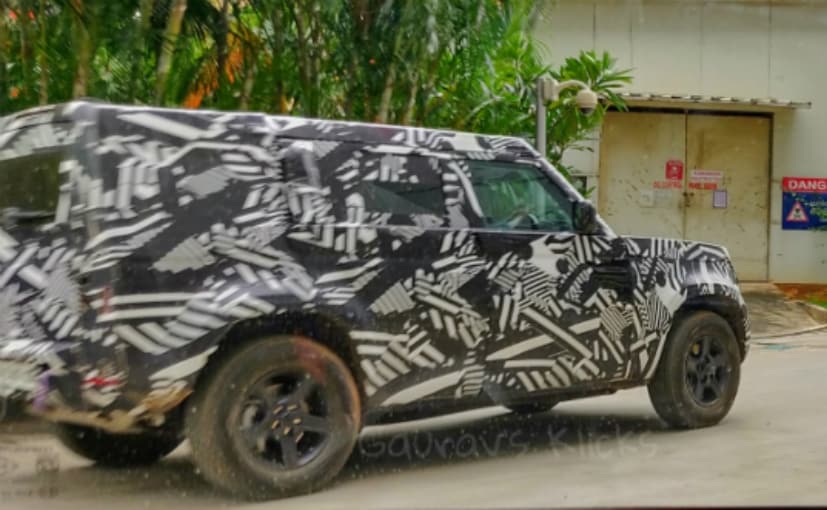 The new Land Rover Defender is based on an all-new platform called the D7X and is the first Defender to be built on a monocoque chassis. The British carmaker says that it is the stiffest chassis they have ever designed, and is three times stiffer than a body-on-ladder frame. Visually, the SUV retains the boxy proportions of the original Defender, but the design and styling are very much modern in all aspects. So, the character lines are smoother and the edged have been curved out. The SUV sports LED headlamps with LED DRLs, heavy-duty bumpers, beefy cladding all around, and two-tone roof option. That said unlike the production version, we do not see the tailgate-mounted spare wheel on the latest test mule.

Under the hood, the new Land Rover Defender comes with three engine options, including newly developed 2.0-litre, four-cylinder petrol and diesel engines which come mated to the eight-speed automatic transmission. There is also a 3.0-litre, six-cylinder plug-in hybrid engine will also join the line up at a later date, but the possibility of it coming to India is very slim.

The new Defender also comes with fully independent air and coil spring suspension, a maximum payload of 900 kg, 900 mm wading depth, towing capacity of 3720 kg and Land Rover's most advanced Configurable Terrain Response 2 system to optimize traction and complement all the mechanicals. It can also raise itself by 145 mm when going off-road and then automatically levels itself on the tarmac to maintain the driving dynamics. For easy ingress and egress, the Defender's air suspension can also bring the ground clearance down by 50 mm.

Upon launch, the new Land Rover Defender will compete with the likes of the Jeep Wrangler Unlimited and the Mercedes-Benz G-Class.