The next-generation Porsche 911 Turbo Cabriolet gets a new red soft top roof along with subtle changes in the design. 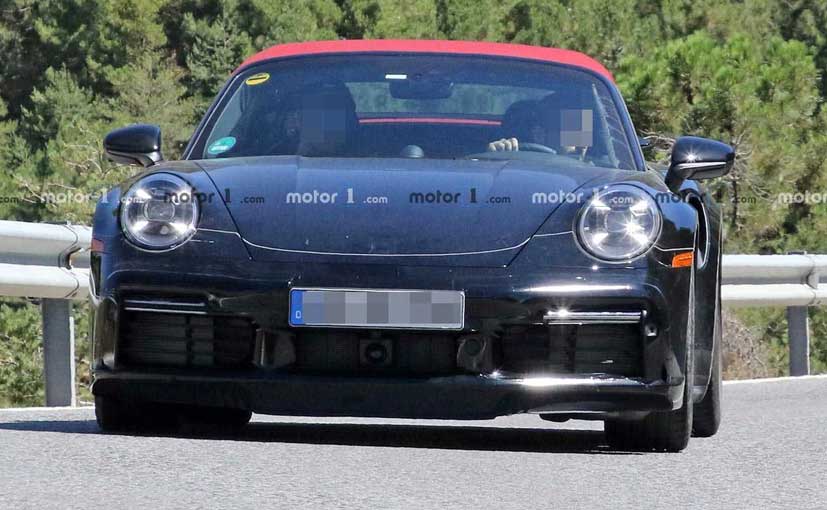 View Photos
The new 2020 Porsche 911 Turbo is expected to be launched next year.

The new Porsche 911 was launched just a couple of months ago in India and a new performance-oriented model may join the line-up soon. Spy images of the next-generation 911 Turbo Cabriolet, wearing subtle camouflage, have surfaced online which hint that the new model may go on sale soon in the global markets. It is expected to be launched in India next year. Though the car looks largely similar to the regular 911, it gets a new soft-top finished in red. The previous car was offered with a black soft-top. The test mule is wearing minimal camouflage around the front bumper which means that there are likely to be subtle changes in its design. The layout of the vents and inlets will be unchanged, however, the inner design will be tweaked. The test mule of the 2020 911 Cabriolet also gets new set of multi-spoke alloy wheels which are finished in black and will be fitted with carbon-ceramic brakes along with large yellow brake calipers. At the rear, it gets an active rear wing and quad trapezoidal exhaust outlets. However, the tail lights run the width of the car are covered. At the rear, the 2020 Porsche 911 gets an active rear wing along with quad trapezoidal exhaust outlets.

The 911 Turbo is expected to get an upgraded version of the 3.8-litre, flat-six, twin-turbo engine which will be tuned to churn out 592 bhp in the standard variant and 631 bhp in the S variant. It will also come with rear-wheel steering and an all-wheel drive system along with an updated eight speed dual-clutch gearbox which will replace the seven-speed unit.