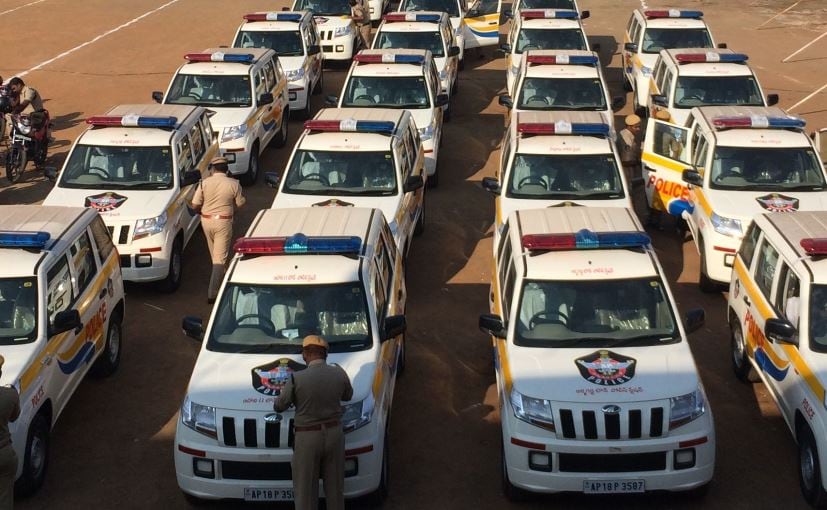 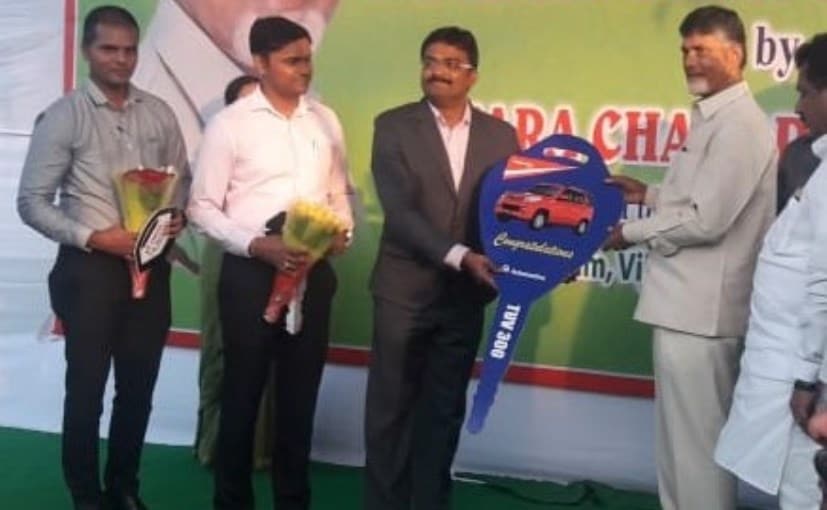 Mahindra SUVs have a long-standing association with the Police forces in India, with vehicles like the Bolero and Scorpio, and the TUV300 is the newest addition to that list. In fact, the TUV300 is the only subcompact SUV, apart from the NuvoSport, that comes with a 7-seater layout, in addition to its bold true blue SUV design and proportions. In fact, multiple Police Forces, including those from Rajasthan, Kerala, Arunachal Pradesh and others, are now inducting the TUV300 in their respective fleets.

The Mahindra TUV300 inducted into the AP Police fleet is powered by the company's updates mHawk100 1.5-litre turbocharged diesel engine. The 1,493 cc oil burner churns out about 100 bhp at 3,750 rpm and develops a peak torque of 240 Nm at 1,600 to 2,800 rpm. The engine in these vehicles come mated to a 5-speed manual transmission, however, Mahindra also offers and AMT option for regular customers.

While Mahindra hasn't revealed it yet, these models appear to be the T4+ variant of the TUV300 includes - power steering with tilt adjustable function, Eco mode, dual airbags, ABS with EBD, and ISOFIX mounts for the second row.