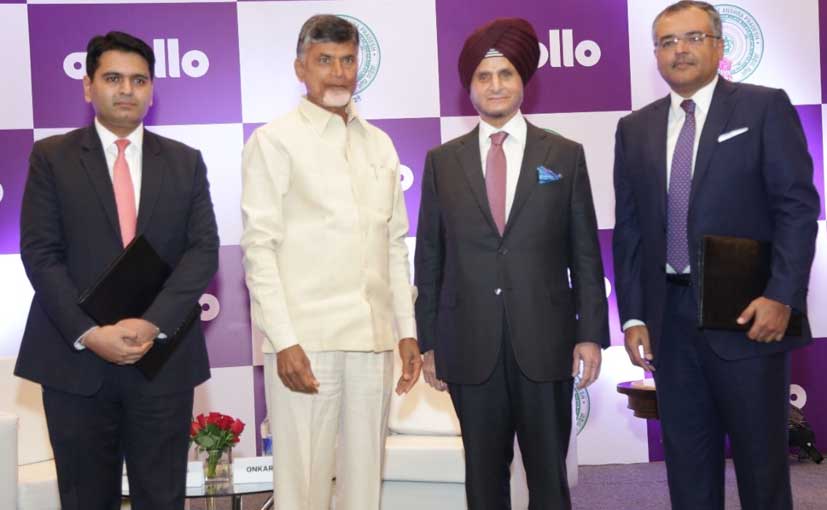 Apollo Tyres has signed a Memorandum of Understanding with the Government of Andhra Pradesh to set up a state-of-the-art manufacturing facility. The company is looking at investing approximately Rs 525 crores towards setting up this facility Andhra Pradesh.

The announcement comes just a day after the company announced its Q2 results a day ago. The net profit of the company declined by 7.61 percent at ₹ 260 crore when compared to ₹ 280 crore during the same period last year.

Onkar S Kanwar, Chairman, Apollo Tyres, said, "I would like to thank Shri Chandrababu Naidu Ji for the support offered to Apollo Tyres, and look forward to working with the State Government for the setting up of our state-of-the-art manufacturing facility."

This will be the company’s 5th manufacturing plant in India and the ground breaking ceremony for this plant will take place in January 2017. Currently Apollo Tyres has two plants in Kerala and one plant each in Tamil Nadu and Gujarat. Apollo Tyres also has an international manufacturing presence with a plant in the Netherlands and another Greenfield facility currently being set up in Hungary.

N Chandrababu Naidu, Chief Minister of Andhra Pradesh, said, "I am extremely pleased to announce this significant investment by Apollo Tyres to build a world class facility in Andhra Pradesh. Our endeavour to provide superior infrastructure and ensure full government support to companies has seen the state emerge at the top of the Ease of Doing Business index in the country."