Bentley Bentayga is all set to prove that it's every bit a sports car by setting a record at the Pikes Peak hill climb. Bentley will be sending a standard W12 Bentayga to take on the mountain and set the record for the fastest production SUV to complete the climb. 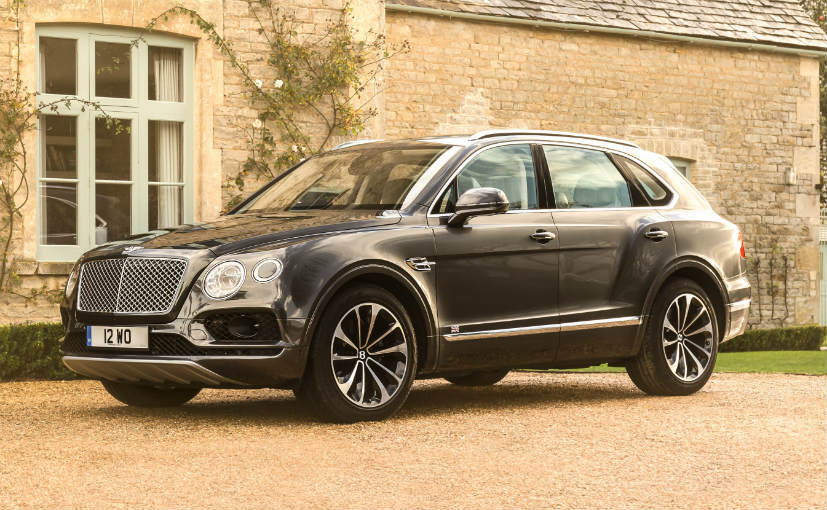 It's the time of SUVs. A new era in automobiles has dawned and as the wheels turn, there's no stopping SUVs from becoming a trend across the globe. SUVs have penetrated each and every segment and carmakers are racing to give the consumers a unique one. The fact that car makers like Ferrari are even thinking about bringing out an SUV, speaks volumes as to how the segment is here to stay. Bentley in fact, got into the groove and brought out a luxurious SUV called the Bentayga and the company is all set to prove that it's every bit a sports car by setting a record at the Pikes Peak hill climb.

Bentley will be sending a standard W12 Bentayga to take on the mountain and set the record for the fastest production SUV to complete the climb. There are a few modifications that it will get but it will only be for safety and that includes a roll cage and fire equipment. If we were to jog your memory, it was the Range Rover Sport that held that record in 2013 when it completed the climb in 12 minutes and 35 seconds. The close to 20 kilometre climb requires every bit of nerves as the altitude changes within a few minutes and the oxygen levels drop quickly than you could think.

Bentley is hoping that the Bentayga can do this hill climb faster and it's got the muscle for it. The Bentley Bentayga W12 features a 6.0-litre engine that produces 600 bhp and a massive 900 Nm of peak torque. It might weight 2500 kgs but it can still do a 0-100 kmph sprint in 4.1 seconds and can reach a top speed of 301 kmph. The advanced air suspension and all-wheel drive should work in its favour and the fact that it's based on the MLB platform, makes things even better as we know that it'll be agile too.

The Bentayga will tackle the 156 corners of Pikes Peak in June 2018 and the company will reveal who will drive the car soon enough. But it's likely that Bentley will kick start a battle of the performance SUVs and yes we are looking at the Lamborghini Urus which would definitely have something more to offer.