South African cricketing legend Jonty Rhodes has been announced as the new brand ambassador for the Isuzu D-Max V-Cross and will be promoting the brand and the lifestyle pick-up truck in India. 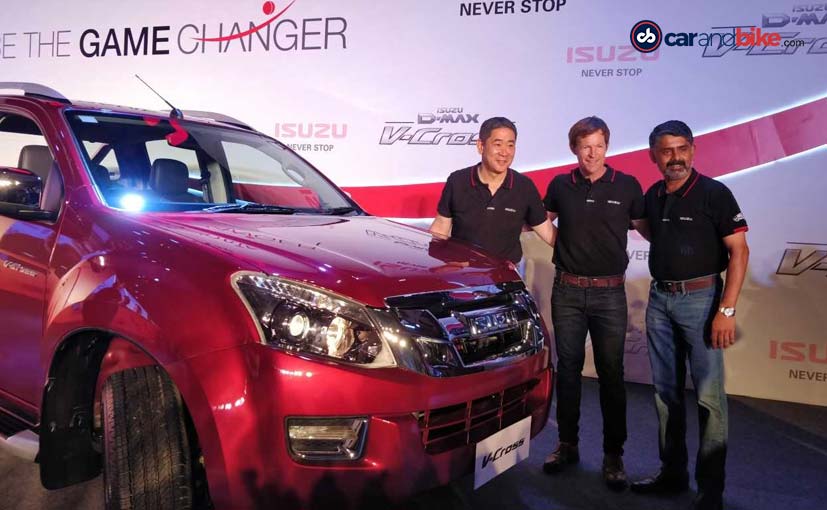 South African cricketing legend Jonty Rhodes has been announced as the new brand ambassador for the Isuzu D-Max V-Cross pick-up truck in India. The announcement comes at a time when the demand for SUVs and off-roaders is growing rapidly, and the pick-up truck segment is still a niche in this space. Isuzu Motors India introduced the V-Cross pick-up in 2016 and the model has garnered a lot of popularity amidst off-roaders. Isuzu commenced operations in India six years ago and largely sells commercial pick-up vehicles, while also retailing the MU-X SUV, which shares its underpinnings with the V-Cross pick-up.

Commenting on the association, Jonty Rhodes said "I am pleased to be associated with a legendary brand that makes reliable, durable and performance-oriented vehicles. Coming from country where Pick-ups are commonly used as a personal vehicle for daily commute and weekend getaways, I am equally excited to endorse such a versatile vehicle like the V-Cross in India from a world-renowned manufacturer of automobiles. India is a phenomenal country and I have had the opportunity to be closely associated with this country, doing new things and meeting new people. I am truly excited to be associated with ISUZU in India and I look forward to an amazing journey with the brand."

Lifestyle pick-up trucks are still a novel segment in India, and Isuzu has been working to create the popularity with the V-Cross. Jonty Rhodes comes from South Africa, which is one of the largest markets for pick-up trucks across the globe. At the launch, Rhodes spoke about growing around pick-ups in his home country as his father owned one.

Speaking about the collaboration, Isuzu Motors India, Deputy Managing Director, Ken Takashima said, "Jonty perfectly represents the brand's values and his association encapsulates what we intend to do in this country. Jonty Rhodes, an internationally known sportsman, brings with him unique qualities that differentiated him as a 'game-changer' in the international cricket. He continues to be an active adventurer, surfer and a traveller, endorsing many aspirational traits of the growing Indian population. The V-Cross, lifestyle & adventure Pick-up, has been a catalyst in bringing about a new lease of life to the people and adventure enthusiasts in India. The Indian Pick-up market is growing significantly and we have been witnessing a strong inclination towards the V-Cross. We are happy to have carved a niche in the Indian utility vehicle market. We are thrilled and excited to associate with Jonty and I am sure this will make the brand & the V-Cross even more exciting and aspirational in the days to come."

At present, the Isuzu V-Cross is the only lifestyle pick-up on sale in the country and is powered by a 2.5-litre diesel engine tuned for 134 bhp at 3600 rpm and 320 Nm of peak torque available at 1800 rpm. The motor comes paired with a 5-speed manual transmission that sends power to all four wheels. The pick-up is produced at the automaker's manufacturing in Sri City, Andhra Pradesh, which recently rolled its 10,000th vehicle.