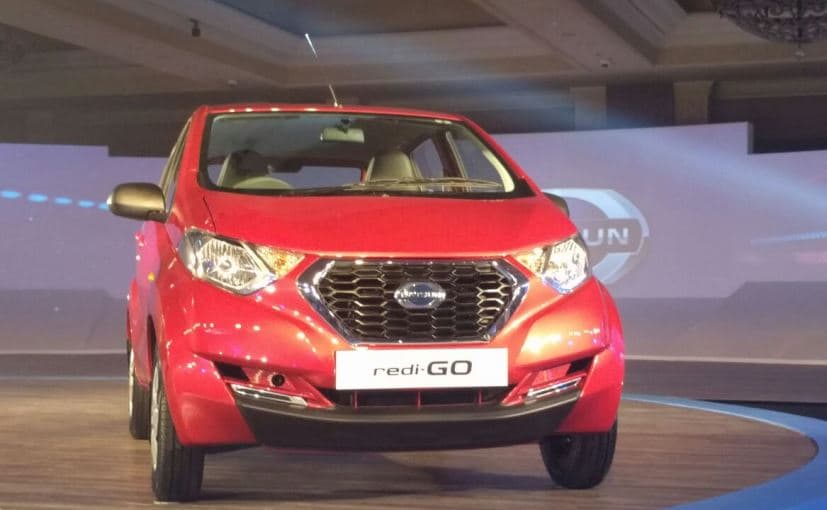 Datsun redi-GO, which is now available for pre-orders, is scheduled to be 'launched' in India in June. Datsun first unveiled the "urban-crossover" on 14 April last month, and later announced that it will cost between ₹ 2.5 lakh - Rs 3.5 lakh. With the Datsun redi-GO's launch round the corner, the Japanese carmaker has released more details about the car.

Datsun redi-GO is underpinned by the same CMF-A platform as the Renault Kwid, and the hatchback, according to the carmaker, features 'Yukan design'; it sports a D-Cut grille with chrome bezel, daytime running lamps, elongated projector head-lamps, and vertical tail-lamps. It also gets the best-in-class ground clearance of 185mm. The Datsun redi-GO's cabin dons 'sporty fabric', an integrated center AC vent, and gets provisions such as adaptive electric power steering, a digital tachometer, an audio system with radio, CD, MP3, USB, and Aux-in, and power windows.

Datsun adds that the redi-GO features a myriad of supplies for safety, including 'performance augmented brakes', reinforced crash protection shell, and airbags. However, the company is yet to announce exactly how many airbags and on which variants they will be offered.