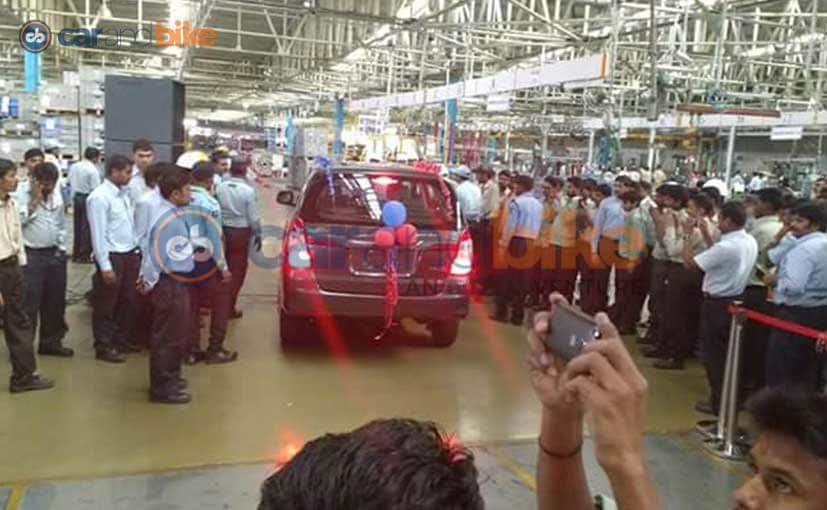 Making way for the second generation Innova Crysta showcased at the 2016 Auto Expo, Toyota Kirloskar Motor (TKM) rolled out the last units of the current generation Innova at the Bidadi plant, Karnataka, as seen in these images, thereby seizing production of the highly popular MPV. Launched in 2005 as a replacement to the equally popular Qualis, the Toyota Innova managed to grab the interest of private car buyers and the commercial fleet alike, which catapulted the model to become one of the best sellers in the segment. A little more than a decade later, the Japanese MPV is still the segment king. This also brings some clarity on rumours of the current generation Toyota Innova being sold alongside the new Innova Crysta. The images show the outgoing model receiving a grand farewell at the Bidadi facility. So, in effect, the old and new generation models won't be sold alongside after all. There is no doubt that the Indian MPV segment has for the longest time been the Innova's turf. The model has time and again averaged over 5000 units month-on-month, which the competition hardly managed. In fact, the Innova sold over 5.75 lakh units in the country till date, ever since its launch.

Several manufacturers entered the MPV segment and failed miserably at beating the Innova. With the exception of the Maruti Suzuki Ertiga, the Honda Mobilio, Mahindra Xylo, Nissan Evalia, Renault Lodgy and several others just couldn't make the cut, despite being priced competitively.

The aspects that worked in favour of the first generation Toyota Innova was its impressive build quality, bomb-proof reliability, spacious cabin and the appreciable ride quality. With the second generation model set to make it entry to the Indian market later this year, Toyota promises that the new model will be retaining its core attributes while improving on aesthetics, equipment levels, creature comfort and fuel efficiency. 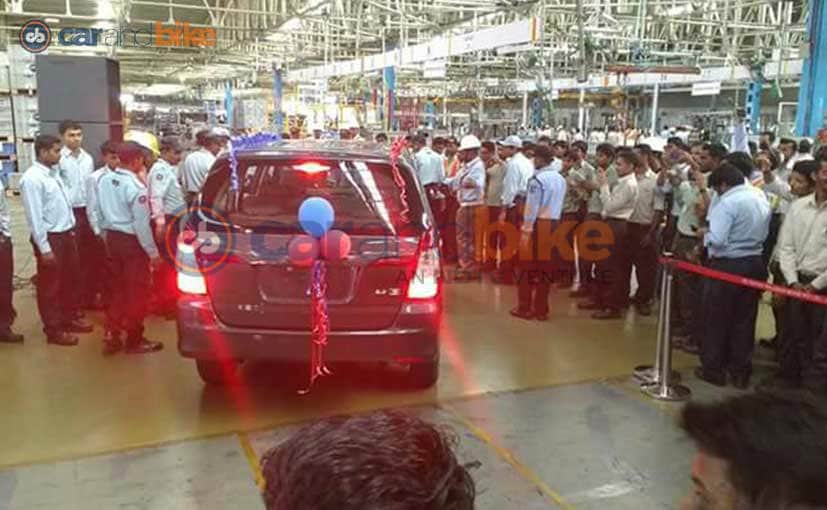 Based on the new TNGA platform, the second generation Toyota Innova will not only be more upmarket but also get new and frugal engine options. Replacing the outgoing 2.5-litre diesel engine will be the much improved 2.4-litre oil burner; whereas the company also plans to introduce the new 2.0-litre petrol engine that will help keep the model relevant in cities like Delhi, facing the diesel ban. Other major upgrades include the availability of an automatic transmission in addition to the new 6-speed manual gearbox.

Furthermore, the new generation Toyota Innova will be called as the 'Innova Crysta' in India to differentiate more effectively with its predecessor. We also expect to see a price hike on the Crysta justified with a plethora of new features including a touchscreen infotainment system, ambient lighting, auto climate control among other bits. It is expected that the new Innova Crysta will go on sale in May this year, while production will continue at the Bidadi plant.