Hindustan Petroleum will be delivering diesel via its HP Fuel Connect initiative to select Customers having fixed equipment and heavy machinery in their premises. 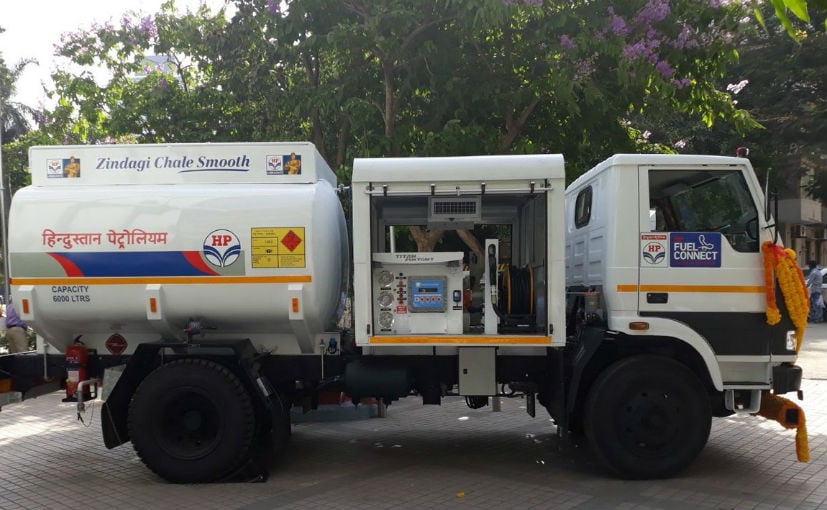 After commencing diesel delivery services in Pune earlier this year by Indian Oil Corporation, the government-owned Hindustan Petroleum Corporation Limited (HPCL) has also opened a similar initiative in Mumbai. Hindustan Petroleum has commenced home delivery of diesel fuel in the city via its HP Fuel Connect initiative. In a statement, the petroleum corporation has said that HP Fuel Connect will deliver Diesel to select customers having fixed equipment and heavy machinery in their premises in surrounding areas of Uran and Raigad in Maharashtra.

Hindustan Petroleum believes the facility "will immensely help those customers who were taking diesel in barrels from retail outlets." The new initiative will help avoid time loss, additional costs and fuel costs to the customers, while ensure hassle free and safe delivery of diesel at the premises. For now, the HP Fuel Connect initiative will benefit those using diesel generators at commercial establishments like malls, offices and so on.

The HP Fuel Connect initiative works on a similar format with a storage fuel tanker retrofitted with a fuel dispenser. In a statement, HP announced that the Fuel Bowser is equipped a host of safety features including Bottom loading with Jet Sensor and pre-check Valve. There are also High and Low level sensors, as well as nozzle boot interlock to ensure safe operation at all times. In addition, the Fuel Bowser also comes with RFID tagging, GPS tracking and Geo fencing. HPCL has said that it has developed loading facilities at a retail outlet in Dronagiri to facilitate the operation of the Fuel Bowser.

Oil Minister Dhramendra Pradhan had announced in April last year that the government was exploring options to home deliver petrol and diesel for the benefit of customers. "The initiative will help customers in avoid spending excessive time and long queues at fuel stations," he had said at the time.

The first-of-its-kind service called 'Fuel @ Doorstep' was started by Indian Oil in Pune, in March this year. The Petroleum and Explosives Safety Organisation (PESO) approved initiative saw a fuel tanker with a dispenser making the delivery of the fuel. That said, the complete initiative is approved by PESO on a trial basis.

The initiative is expected to help deliver cleaner and non-adulterated fuel directly to customers. Meanwhile, the delivery is restricted to only diesel fuel because it is a lot safer to handle compared to petrol when transported. However, before Indian Oil and HP ventured into this service, it was a Bengaluru-based start-up ANB Fuels that originally started home delivery of fuel under the brand name 'MyPetrolPump'. The service though had to be suspended within four days operations by PESA, citing safety reasons.