Here's a quick look to see how does the Honda Hornet 2.0 stack up against the Bajaj Pulsar NS200 and the TVS Apache RTR 200 4V. On paper, of course! 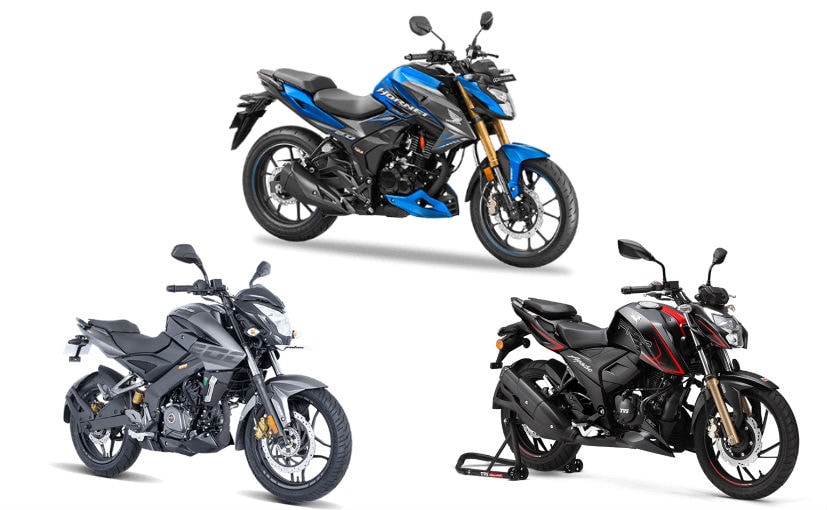 The past few years have seen a sharp hike in prices for premium sports commuter motorcycles as a consequence of new technology and safety features. This also means that these bikes aren't the sub ₹ 1 lakh value offerings they once used to be. The new Honda Hornet 2.0 is the latest entrant in this segment. Compared to the BS4 version, the Hornet 2.0 gets an engine upgrade, which is why it now competes in the 180-200 cc segment against the Bajaj Pulsar NS200 and the TVS Apache RTR 200 4V. The two offerings are popular choices and the Hornet has its work cut out to make a mark in this space. Here's a quick look on paper to see where does the Honda Hornet 2.0 stand against its rivals. 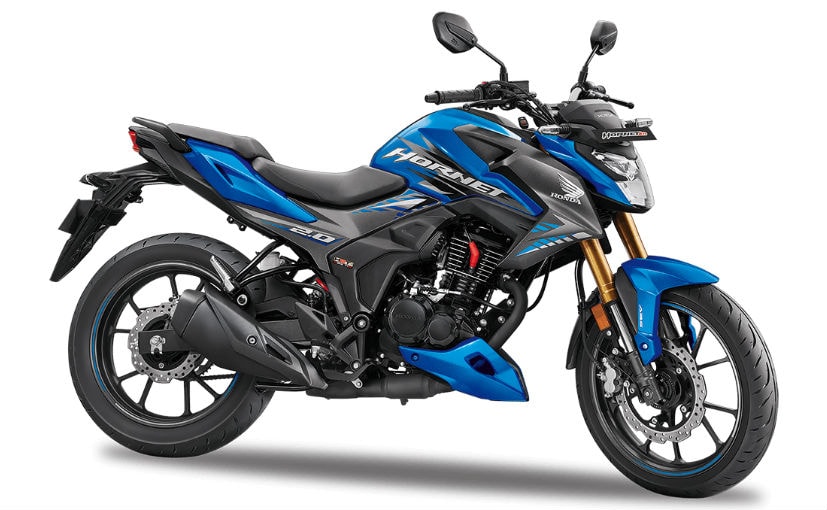 The Bajaj Pulsar NS200 is the most powerful offering here and in the real world too, it is the faster bike over the Apache. The Bajaj offering also comes with a 6-speed transmission on the Bajaj and 5-speed gearboxes on the TVS. The Apache does get a slipper-clutch. That said, the Hornet 2.0 promises a good power-to-weight ratio with a kerb weight of 142 kg. That's a good 14 kg lighter than the Pulsar 200 and 11 kg less than the Apache RTR. 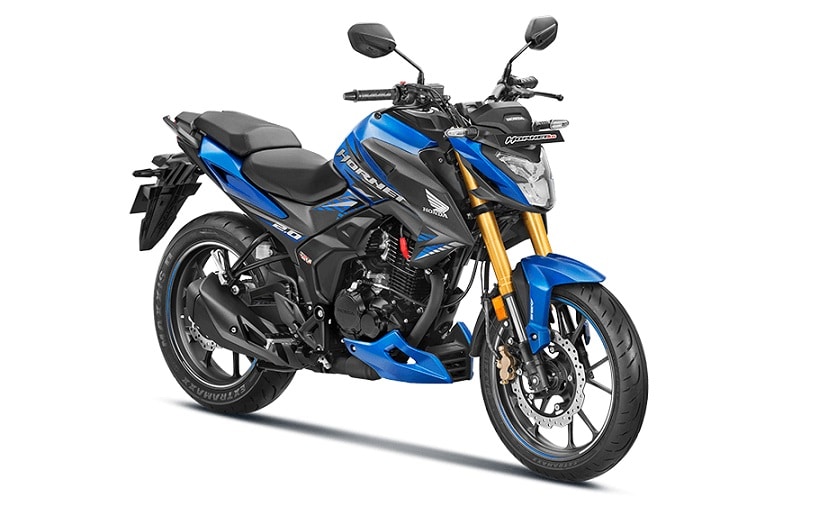 The USD front forks are a segment-first on the Hornet 2.0, while the rivals use telescopic forks. All three models get a monoshock at the rear

With respect to the hardware, Honda 2Wheelers India pulled quite the surprise by offering Upside Down (USD) front forks on the Hornet 2.0. To give you perspective, the erstwhile flagship mass-market Honda - the CBR 250 R - was also equipped with telescopic forks. The USD forks are a segment-first, but not a first for the sub 200 cc space as Honda claims (gold finish is a first though). That crown goes to the KTM 125 Duke, which has been on sale since late 2018. Instead, the Bajaj Pulsar NS 200 and the TVS Apache RTR 200 4V get telescopic forks at the front. All three bikes come with a monoshock at the rear.

Honda has carried over the diamond-type frame from the older Hornet 160 on the new motorcycle, which should get the job done. Meanwhile, the TVS Apache uses a double-cradle frame, while the Pulsar 200 gets the more sophisticated perimeter unit. On the braking front, all three bikes get dual disc brakes, but the Pulsar gets a larger 300 mm front disc as opposed to the petal-type 276 mm on the Hornet 2.0 and 270 mm on the Apache. The rear sports a 230 mm disc on the Pulsar, while the Apache gets a larger 240 mm disc. Honda uses a smaller 220 mm rear disc on the new Hornet. All three bikes come with single-channel ABS as standard. 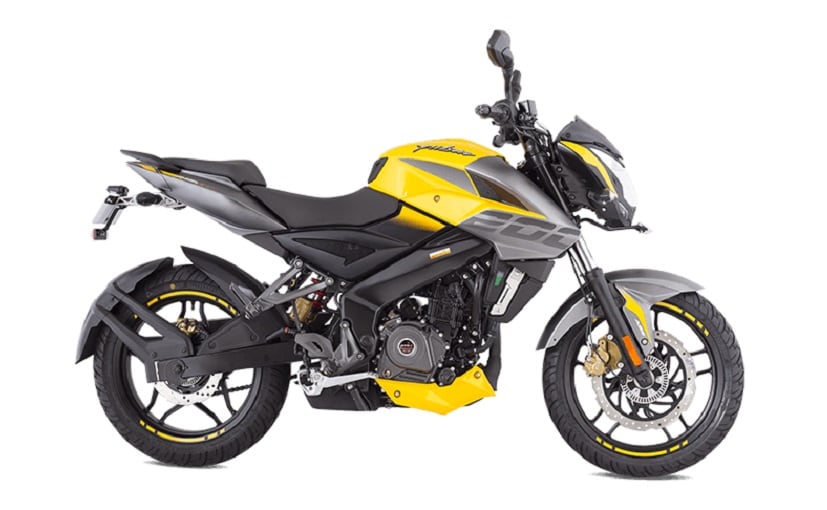 The Honda Hornet 2.0 comes with a 140 section rear tyre, which is one of the major talking points on the new motorcycles and is wider than the 130 section rubber offered on the other two bikes. The new Hornet uses a 110 section in the front, while the Pulsar opts for a 100 section tyre. The TVS Apache 200 gets a slimmer 90 section upfront. 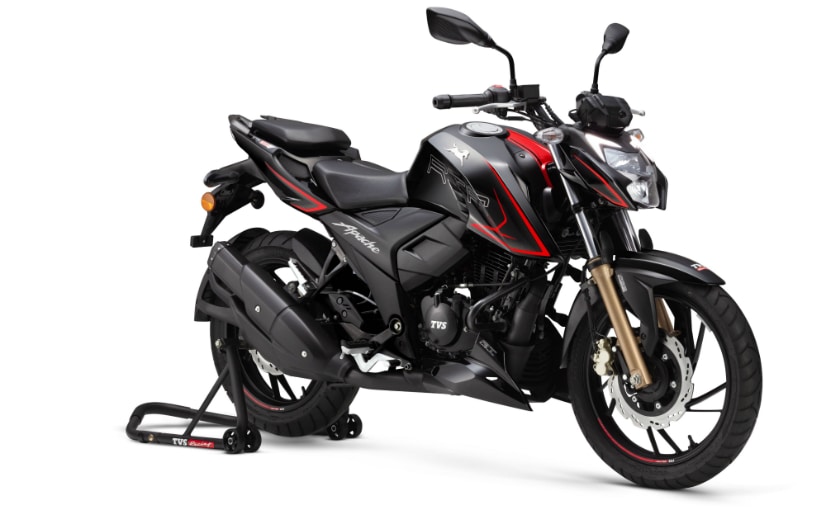 The Bajaj Pulsar NS200 has barely received any design tweaks over the years and has aged well. But it does not bring novelty to the segment anymore. The feature list is sparse with the semi-analogue instrument console, halogen headlamp, and LED taillights, but it is the only bike here to get illuminated switchgear. The Honda Hornet 2.0 is a handsome looking motorcycle from what we can see in the images and the conventional styling looks sharp and will age gracefully. It isn't bare-bones either and gets all-LED lighting, a negative fully digital instrument console with a gear position indicator, battery voltmeter, service due indicator, and a hazard switch. The keyhole is positioned on the fuel tank.

The TVS Apache RTR 200 4V certainly feels radical when compared to the other two. The bike gets distinctive styling elements and the feature list is expansive. The model comes with an LED headlamp and taillight, a digital console that brings SmartXonnect Bluetooth connectivity and offers access to features like race telemetry, lean angle mode, console-based navigation, call and SMS notification, crash alert, and so much more. 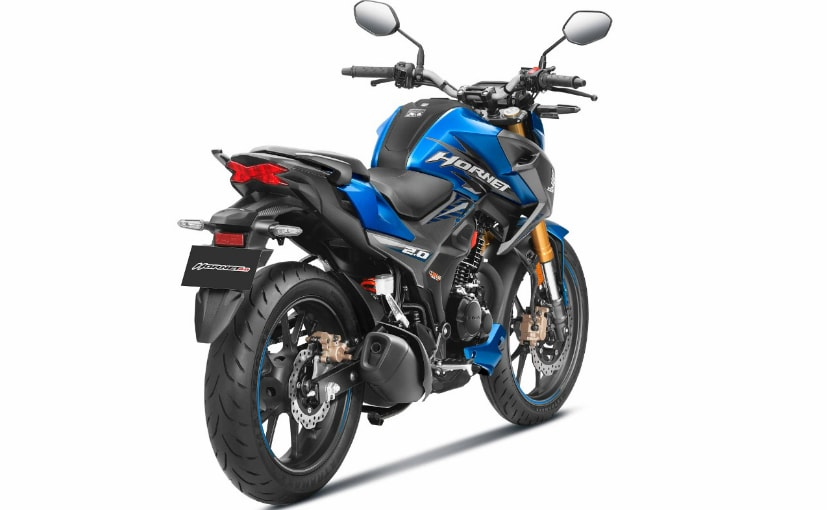 The Honda Hornet 2.0 offers a marginal price advantage over its rivals but packs a smaller displacement engine and less power and torque figures

Like we said at the beginning, the premium sports commuter isn't value-friendly anymore with prices well over the ₹ 1 lakh mark. The Honda Hornet 2.0 is priced at ₹ 1.27 lakh, which makes it substantially higher than the older Hornet and about ₹ 20,000 more than the Honda X-Blade. It is still the most affordable bike here when compared to the TVS Apache RTR 200 4V's price of ₹ 1.28 lakh, while the Bajaj Pulsar NS200 is priced at ₹ 1.29 lakh (all prices, ex-showroom Delhi).

The new Honda Hornet 2.0 comes at an interesting price point and positioning and will be a decent upgrade for those wanting a premium sports commuter within the Honda family. We still need to test it out though to see the performance those figures translate to in the real world. Keep watching this space for all the action.