The Indian FTR 1200 could possiby have a brand new engine and platform. It will be the first Indian motorcycle to have its roots in motorsport. Indian Motorcycle along with Harley-Davidson love to participate in flat-track racing. In fact, the Indian Scout FTR 750 has won a tonne of awards in the American Flat-Track racing scene. Seeing the performance of the bike, flat-track enthusiasts suggested Indian bring out a road legal flat-track motorcycle. And guess what! Indian paid heed to the enthusiasts and has confirmed that the Scout FTR 1200 will go into production soon. It was first presented as a concept model that debuted in USA late last year. Indian confirmed this news at the ongoing Wheels and Waves event in Biarritz, France. 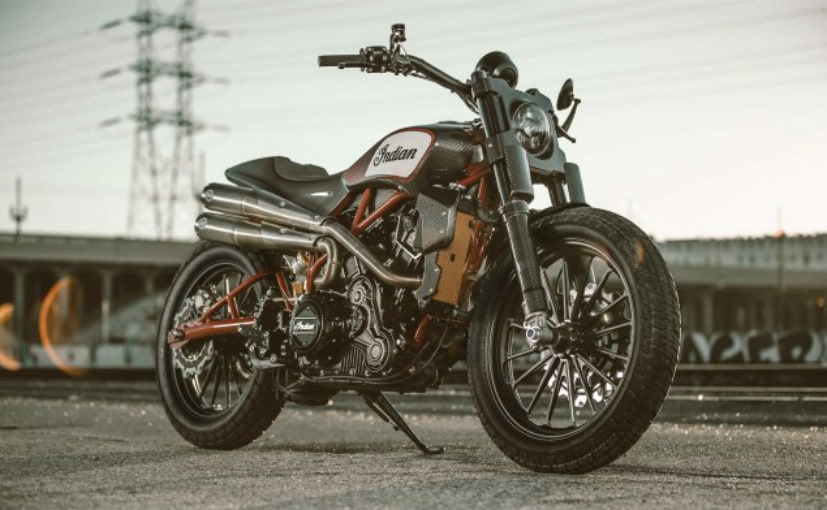 While Indian is not giving away much details about the FTR 1200 which will be a 'street-tracker' instead of a flat-tracker, could be launched late in 2018 or early 2019. Also, the thing to notice is that Indian is not using 'Scout' in the name of the FTR 1200 so it could be possible that an entirely new chassis and engine is being developed for the FT 1200. The Indian Scout is a 1,133 cc V-twin engine and it is possible that this engine serves as the base for the 1,200 cc engine on the FTR 1200.

When the Indian FTR 1200 does get launched, it will be the first Indian motorcycle to have roots in motorsport rather than being and out and out cruiser. As we said, the FTR 750 is killing it in the American Flat-Tracking scene and expect the performance to be on the fun side. The production model of the Indian FTR 1200 should be similar to the concept that was revealed last year.

The concept bike had Brembo brakes with Lyndall Crown Cut Rotors along with custom S & S pipes, RSD wheels and a two-piece carbon fibre body. Expect these to be substituted with parts which are more affordable.