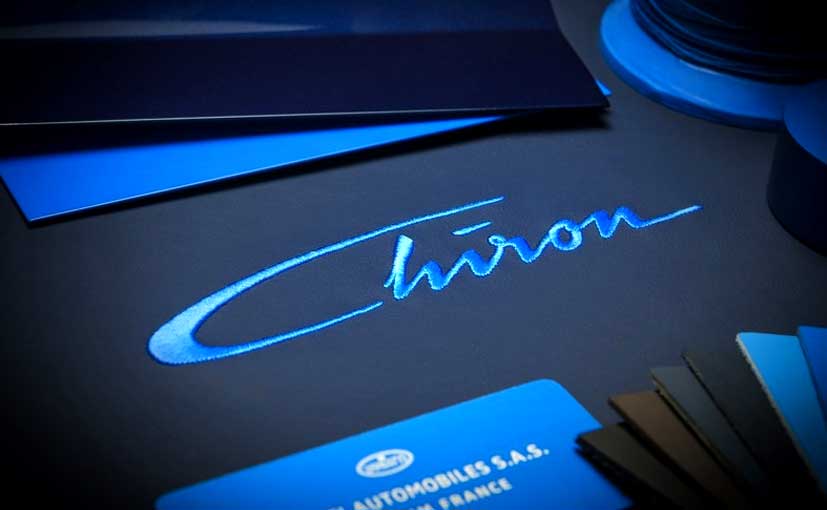 We've all known it for a while now, but Bugatti has finally made it official. The Veyron replacement will be called 'Chiron' and make its world premiere at the Geneva Motor Show in March 2016. The car receives this name as a tribute to Louis Chiron who was a Bugatti works driver during the 1920s and 1930s.

According to Bugatti, Chiron was the best racing driver in the world in his time and the car promises to the best of its time too. The Chiron is all set to be the world's most powerful, fastest, most luxurious and most exclusive production super sports car ever.

Bugatti has already had more than 100 pre-orders for the Chiron but the company is still testing the hypercar. The people at Bugatti say that these prototypes are being tested on a variety of roads and in different climate conditions all part of a rigorous testing program that is unprecedented in this segment.
The company has not revealed any technical specifications of the Chiron but we can expect a more evolved version of the quad-turbo 8-litre, W16 engine which will punch out more power than its predecessor - the Veyron.

While top-speed will be the most likely thing that people will watch out for, it is believed that the Chiron will be able to do 500km/h which will make it the fastest and most powerful production car in the world. While the production of the Veyron was capped at 400 units, Bugatti might make 500 examples of the Chiron.

The hypercar will be unveiled at the 2016 Geneva Motor Show and we will have more information about the car then.