The latest teaser gives a hint of the exhaust note of the upcoming 300 cc Jawa motorcycle. Read on to know more. 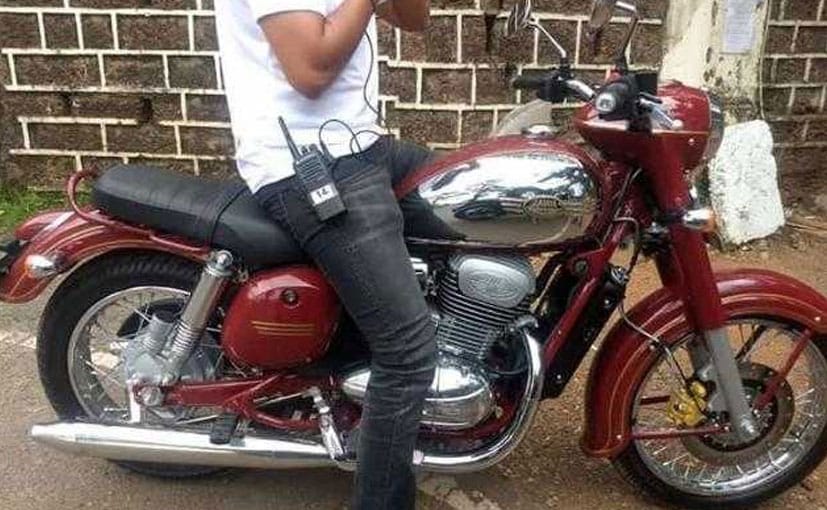 With just three days left for the upcoming Jawa motorcycle to be unveiled, the manufacturer is releasing more details about its upcoming offering. While leaked images have given us a fair idea as to how the bike will look like, the latest teaser hints at the exhaust note of the upcoming 300 cc motorcycle. The motorcycle does not have the same growl as something like a Royal Enfield, and you get a milder yet throaty exhaust note instead, if the video is anything to go by. The original Jawas weren't known for loud thumps either, but for more of a ring-a-ding-ding exhaust note, unique to two-stroke engines. The company does seem to have taken the original trait into account with respect to the exhaust note as well.

The Jawa 300 motorcycle will be officially unveiled on November 15, 2018, and could be showcased in multiple variants including a roadster, modern classic and possibly a scrambler version too. Officially, Jawa Motorcycles has revealed only the engine details on the upcoming offering. The bike will be using a 293 cc liquid-cooled, single-cylinder engine tuned to produce 27 bhp and 28 Nm of peak torque. The motor will come paired with a 6-speed gearbox.

At the official unveiling, we expect to learn more about the firing order and more details on how the exhaust note was achieved. With respect to the design language, the spy shots have revealed the 300 cc Jawa, which certainly takes you back to the retro era. The design is nearly identical to the original Jawas including round headlamp, dual-tone chrome finished fuel tank, twin exhausts, and a flat saddle. The front forks have also been covered to look period specific. Smaller details that make a difference include the chain cover, wire-spoked wheels, and the round instrument cluster. The maroon paint scheme with yellow pinstripes on the leaked image seem inspired from the Jawa Type A.

The leaked image has also showcased gas charged twin shock absorbers at the rear, and a front disc brake, with a drum at the back, pointing at single-channel ABS to be offered as standard.

The upcoming Jawa 300 motorcycle will be the first real direct competition to Royal Enfield in the 300-500 cc retro segment. The former has a strong following in this space with its strong-selling Classic 350, which the Jawa 300 will compete against. Pricing will be a crucial factor in how the Jawa 300 is accepted and it is expected to remain aggressive, if not undercutting the rivals. We will be bringing you all the details on the Jawa 300 later this week. So make sure to keep watching this space.