The Lamborghini Hurcan Evo Spyder is slated to be launched in India on October 10, with the inauguration of Lamborghini's new showroom in Mumbai, Maharashtra. 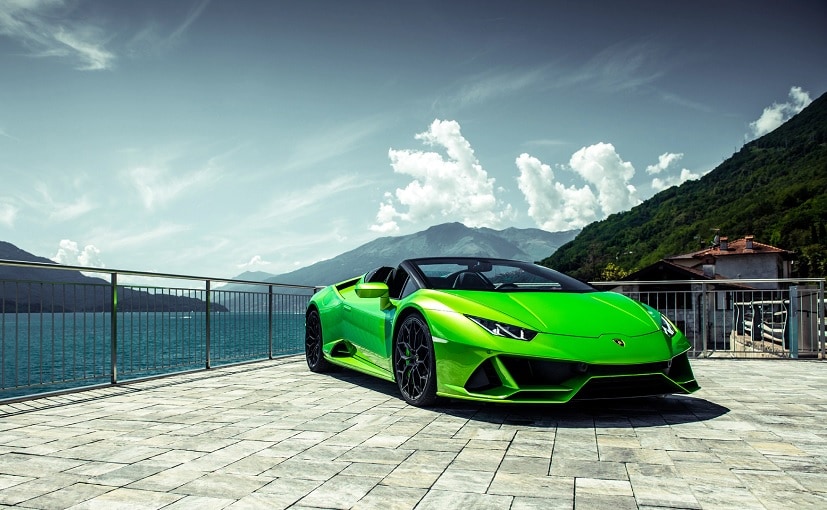 After launching the Lamborghini Huracan Evo coupe earlier this year in February, the Italian marque is now ready to bring in its convertible version - the Huracan Evo Spyder. The new drop-top Hurcan Evo is slated to be launched in India on October 10, with the inauguration of Lamborghini's new showroom in Mumbai, Maharashtra. Compared to the regular coupe version, the convertible Huracan Evo is 120 kg heavier and comes with an electro-hydraulic roof-folding mechanism that can lower the soft-top in 17 seconds at speeds of up to 50 kmph. 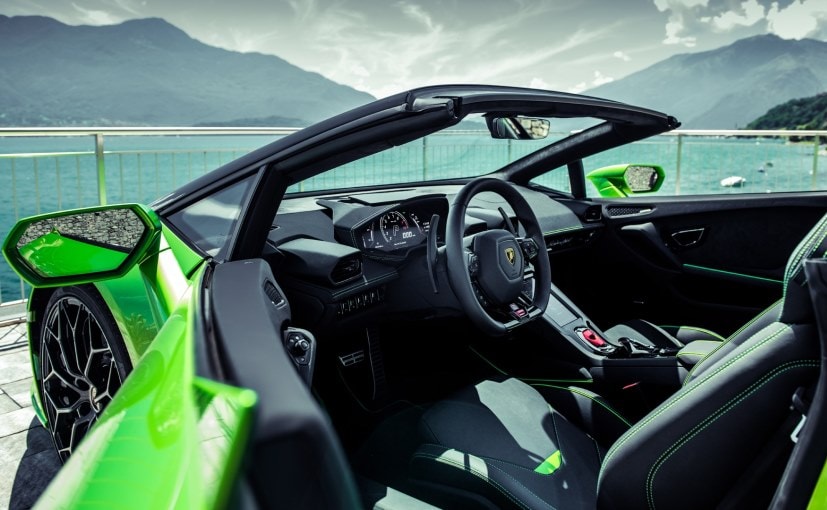 Visually, the Lamborghini Huracan Evo is identical to the coupe version of the car, save for body-coloured bumpers instead of black ones, and blacked-out A-pillars. At the rear, this too comes with the new ducktail spoiler balanckt downforce and drag on the two-door, while the underbody has been revised to make it more slippery and aerodynamic friendly. The cabin, at the same time, comes with a familiar design with an 8.4-inch capacitive touchscreen infotainment system that offers controls for a bunch of in-car function like climate control, cell-phone connectivity and much more. The system also gets Apple CarPlay along with voice command system and a dual-camera telemetry system with a high-capacity hard disk as part of the features package. 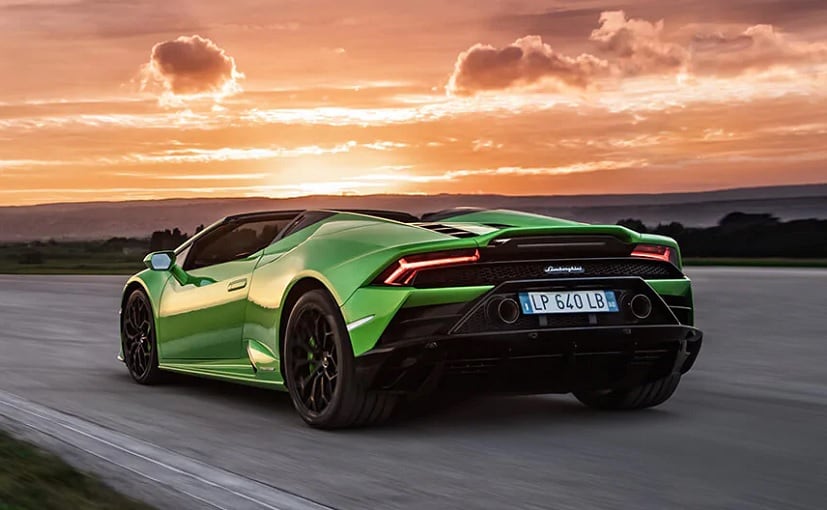 The Lamborghini Huracan Evo Spyder gets the same 5.2-litre V10 motor that powers the coupe version

Powering the new Lamborghini Huracan Evo is the same 5.2-litre V10 motor that powers the coupe version. In fact, the engine is tuned to churn out the same 631 bhp at 8,000 rpm and develop the same peak torque of 600 Nm at 6,500 rpm. The engine comes mated to a 7-speed Lamborghini Doppia Frizione (LDF) dual-clutch transmission and comes with an all-wheel-drive system. The Huracan Evo goes from 0-100 kmph in 3.1 seconds, that is 0.2 seconds slower than the coupe version, and 0-200 kmph is achieved in 9.3 seconds, and that is 0.3 seconds slower than the coupe version. However, the top speed is the same 325 kmph.