The new Mahindra Marazzo will be equipped with some first-in-segment safety features like seven airbags, all four disc-brakes and front parking sensors. 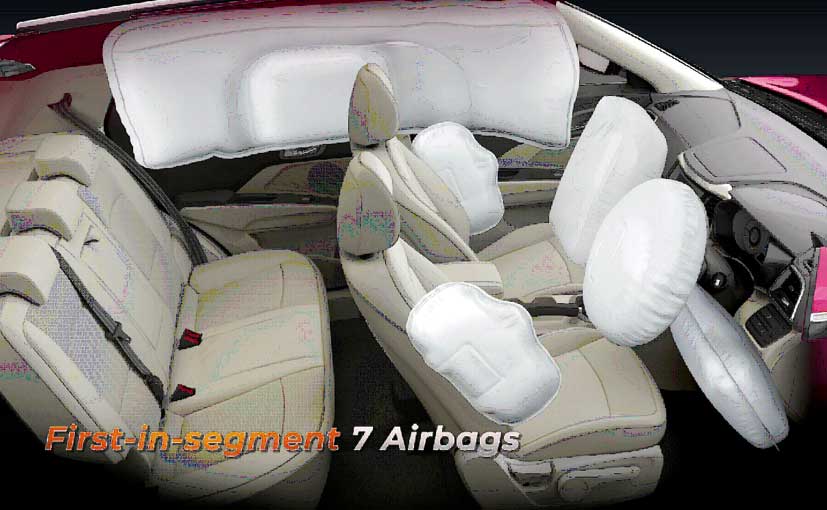 View Photos
The upcoming Mahindra XUV300 gets seven-airbags which is a first-in-segment.

As the all-new Mahindra XUV300 is nearing its launch anticipations are building even more and Mahindra is well aware that it's the apt time to gain attention. Trying to cash in the hype, the Indian UV maker has been releasing videos on its social media handles and while the last one showed avid rally driver, Gaurav Gill, going all demonic with the SUV performing stunts at a runway, the latest one gives almost all the information about its safety features.

Also Read: Mahindra XUV300 To Be Launched In India In February 2019 Now the new XUV300 packs in quite well for its segment and the top-end variant is equipped with some first-in-segment features. For starters, it gets seven airbags and that certainly gives it an edge over its arch-rival, the Maruti Suzuki Vitara Brezza. Then it also gets disc brakes at all corners and front parking sensors along with rear parking sensors. Moreover, other safety features like ISOFIX child seat mounts, ABS (Anti-Lock Braking) with EBD (Electronic Brake-force Distribution), ESP (Electronic Stability Program) with Hill-Hold Assist and three-pointed seatbelts are also standard across variants.

Thrill is best enjoyed with the assurance of safety. The #MahindraXUV300 offers best-in-segment safety features like 7 Airbags, Front parking sensors and more. Have a look at the XUV300's key safety features here! Bookings open.https://t.co/wsoLzNfVO1 pic.twitter.com/5aL4wcJzeJ

The new Mahindra XUV300 is based on the SsangYong Tivoli and the company claims that India-spec SUV will also come with premium and high-tech features. The SUV will also be offered with a diesel engine at the start while petrol is likely to join later, however, Mahindra is yet to reveal more details about the powertrains, save for the fact that they'll offer best-in-class torque output. Most likely the XUV300 will come with a 1.5-litre diesel seen on the Marazzo and will be mated to a 6-speed manual gearbox. The company won't be offering an automatic version at the time of the launch.