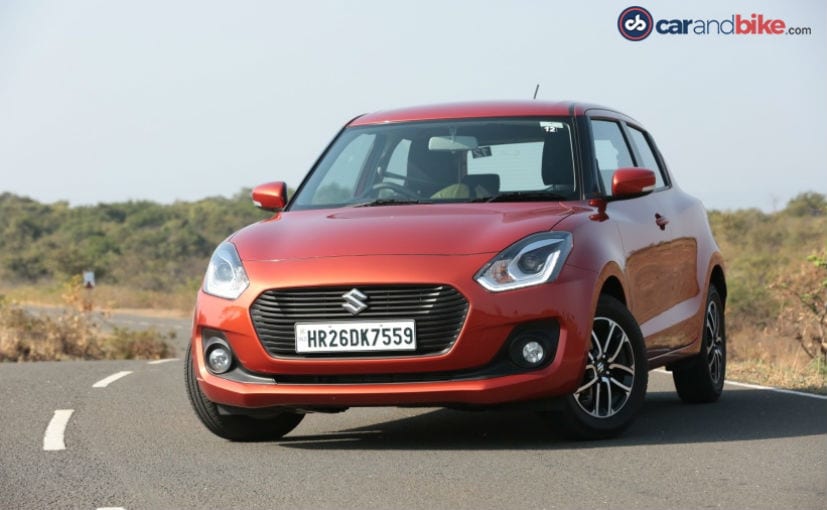 View Photos
The recall affects cars that were manufactured between May and July, 2018

Maruti Suzuki has issued a voluntary recall for the new generation Swift and Dzire models in the country to inspect a possible fault in the airbag controller unit. The automaker will be inspecting 1279 vehicles comprising 566 Swift and 713 Dzire models that were manufactured between May 7 and July 5, 2018, as part of the recall exercise. The automaker has announced that the campaign will begin on July 25, 2018 with owners of the affected vehicles will be contacted by Maruti Suzuki dealers for inspection and replacement of the component, free of cost.

Customers can also log on to Maruti Suzuki's website and fill out their chassis number to ascertain if their vehicle is part of the recall. The chassis number is embossed on the vehicle ID plate and is also in the vehicle invoice / registration documents. You can also connect with you respective Maruti dealer to verify if your vehicle is part of the recall.

This is the second recall campaign for the new Swift this year. Back in May, 2018, the automaker announced a recall for 52,686 units of the new Swift and Baleno hatchbacks over a possible defect with the brake vacuum hose.

The new generation Maruti Suzuki Swift was introduced in February this year and has been a blockbuster product for the automaker. The new Dzire went on sale last year, and is the best-selling subcompact sedan on sale. Meanwhile, the Swift has been on sale for over five months now and has already crossed the one lakh sales mark.

More recently, Maruti Suzuki celebrated the production of its 20 millionth car. The company took 34 years to achieve that milestone with the 20th millionth vehicle rolling out being a Maruti Suzuki Vitara Brezza AMT.