For the first time, we can see the new A-Class from Mercedes-Benz in its full glory as it was recently spotted testing without any camouflage. 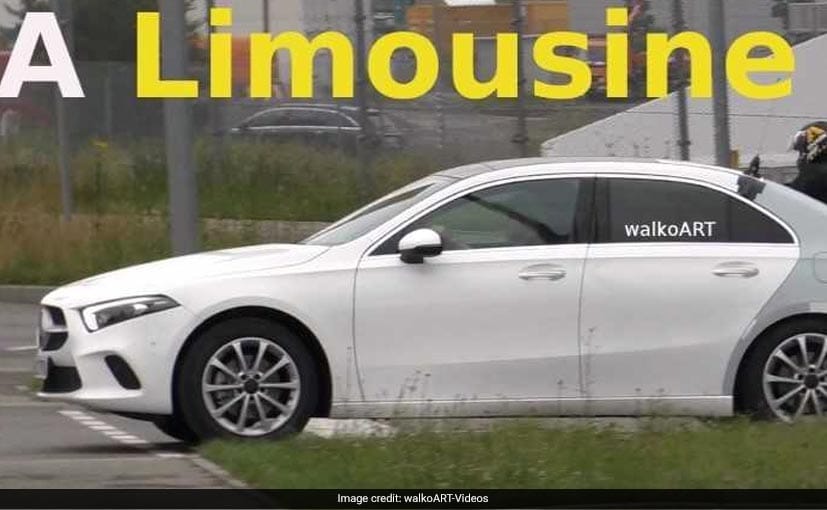 We know Mercedes-Benz is working on the A-Class sedan for quite some time and we also know everything there is to know about the new generation sedan. We also got a proper glimpse of the A-Class in its longer wheelbase version in Beijing this year. However, the company has been developing the A-Class sedan for quite some time now with all the spy shot, we never got a clear view of the sedan. But, for the first time now, we can see the new A-Class from Mercedes-Benz in its full glory as it was recently spotted testing without any camouflage.

Visually, the new A-Class resemblances a lot to the A-Class LWB, with many of the design elements carried forward for the sedan for the US and European market. Up front, most of the changes are similar, but the major change comes at the rear. This we know because the rear end of the A-Class is covered in grey paint and tape, suggesting that the company has gone for a revised rear. But, this is just our assumptions and we will know more about this as the car gets less covered.

Mechanically, the new A-Class sedan will come with a 2.0-litre engine that develops 188 bhp, while an AMG version is also on the cards. In China, the Mercedes-Benz A-Class gets the 1.33-litre engine that churns out 134 bhp and 160 bhp depending on the variant. Transmission duty will be mostly carried by a 7-speed dual-clutch automatic gearbox.