The recently spotted Ford EcoSport Thunder edition was seen with new dual tone treatmen, along with several blacked out exterior elements like the grille, wheels, bumper and more. 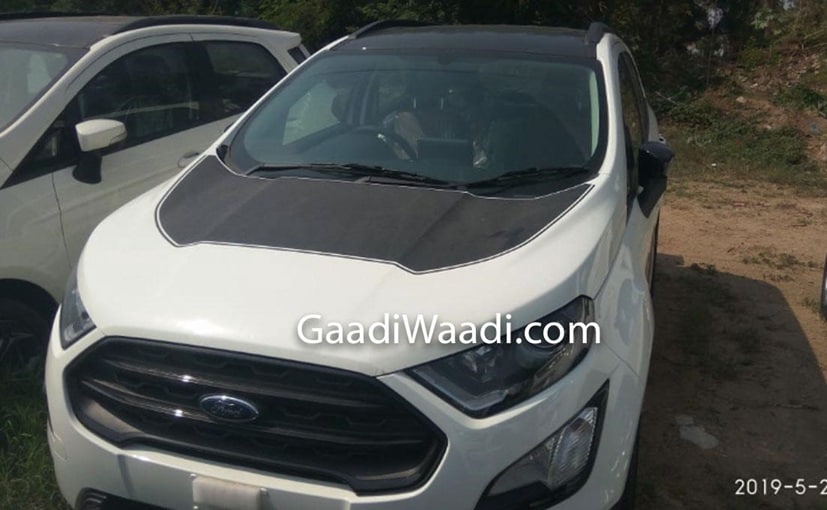 Images of an upcoming special edition Ford EcoSport have recently surfaced online. Badged as the Ford EcoSport Thunder, the new special edition model is reported to have been spotted at a dealership yard. In addition to some visual updates, the SUV also seems to come with new 17-inch black alloy wheels, and a set of new sporty tyres. One of the Ford dealers we spoke to have confirmed that the new Ford EcoSport Thunder edition will reach the showrooms by end of May, while the price announcement is expected to happen in the first week of June 2019. 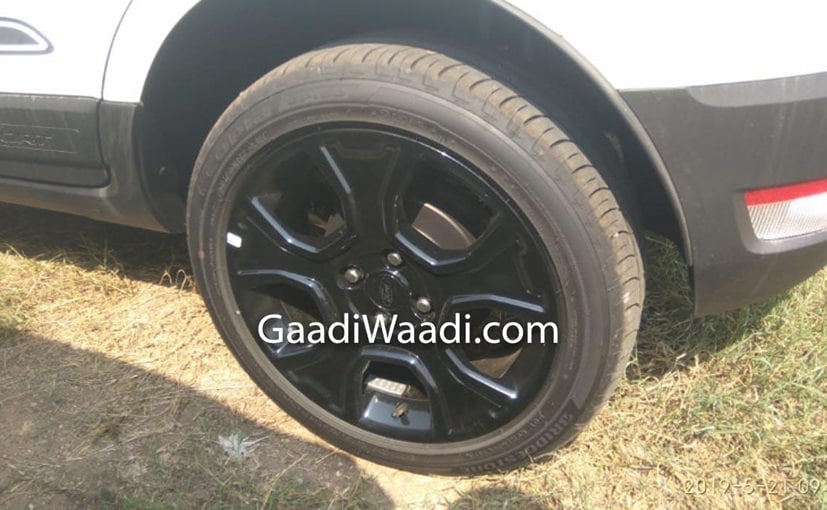 Visually, the SUV comes with a bunch of updates including a new dual tone exterior treatment with blacked out roof and matching black livery on the bonnet. Similar black treatment can be seen on the grille, headlamp cluster, foglamp bezels, and updates front bumper with bigger central airdam and black inserts. The SUV also comes with black ORVMs, new thicker five-spoke alloy wheels, and a new all-black cover for the tailgate-mounted spare wheel. We also get to see the 'Thunder' moniker below the EcoSport badge, and thicker cladding on the rear bumper and profile. 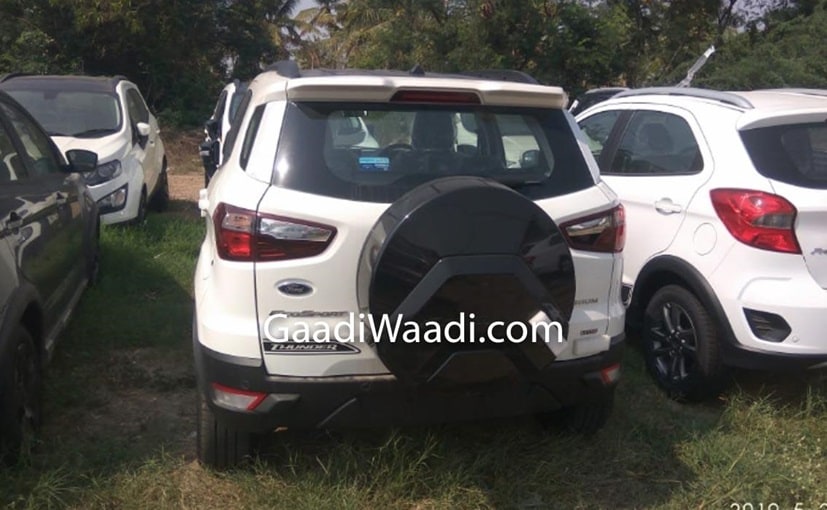 We do not get to see the cabin in these images, however, we expect the new Ford EcoSport Thunder Edition to share is features list with the Titanium variant. Having said that, we also expect to see the Thunder moniker inside the cabin as well, possibly on a set of new upholstery and maybe even the door sills.

Powertrain wise, the SUV is expected to remain unchanged and will continue to feature the existing 1.5-litre Ti-VCT petrol engine and the tried and tested 1.5-litre TDCi diesel motor. The three-cylinder petrol unit from the dragon family is tuned to make 121 bhp and 150 Nm of peak torque, while the four-cylinder oil burner makes 99 bhp and develops 205 Nm of peak torque. While both the motors come with a 5-speed manual gearbox as standard, the petrol version also gets an optional 6-speed automatic torque converter.