The new-gen Mercedes-Benz GLE is expected to makes its public debut at the upcoming Paris Motor Show, in October 2018. 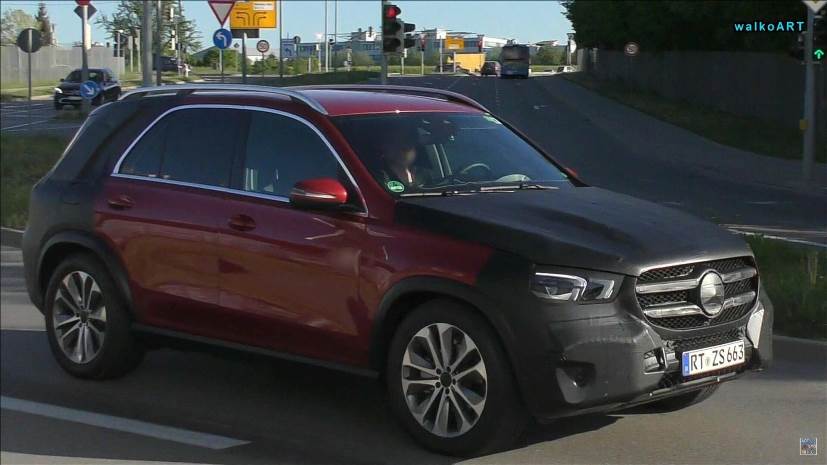 A near-production unit of the next-gen Mercedes-Benz GLE SUV has been spotted testing in Germany with partial camouflage. Unlike the previously seen test mule, this one appears to have been equipped with all the production-ready bits and parts and is seen in a new Maroon hue, which could be a part of the product package. Judging by its production-ready appearance, we won't be surprised if Mercedes-Benz decides to unveil the production version of the new GLE even before its public debut, which is expected to take place at the Paris Motor Show, in October 2018.

As we had expected earlier, the fourth-generation Mercedes-Benz GLE has traded it boxy proportions for a curvier profile with few edgy areas along the bonnet and rear section. Also, with the 2019 GLE is switching to the MRA platform, despite the increased footprint, the SUV will lose a few kilos. While there is enough camouflage to hide the new styling bits of the SUV, the exposed areas do reveal certain new elements like the sharper-looking LED headlamps with integrated led daytime running lights, a new, larger twin-slat grille, and also a muscular front bumper with larger air intakes well-hidden behind all that camouflage. 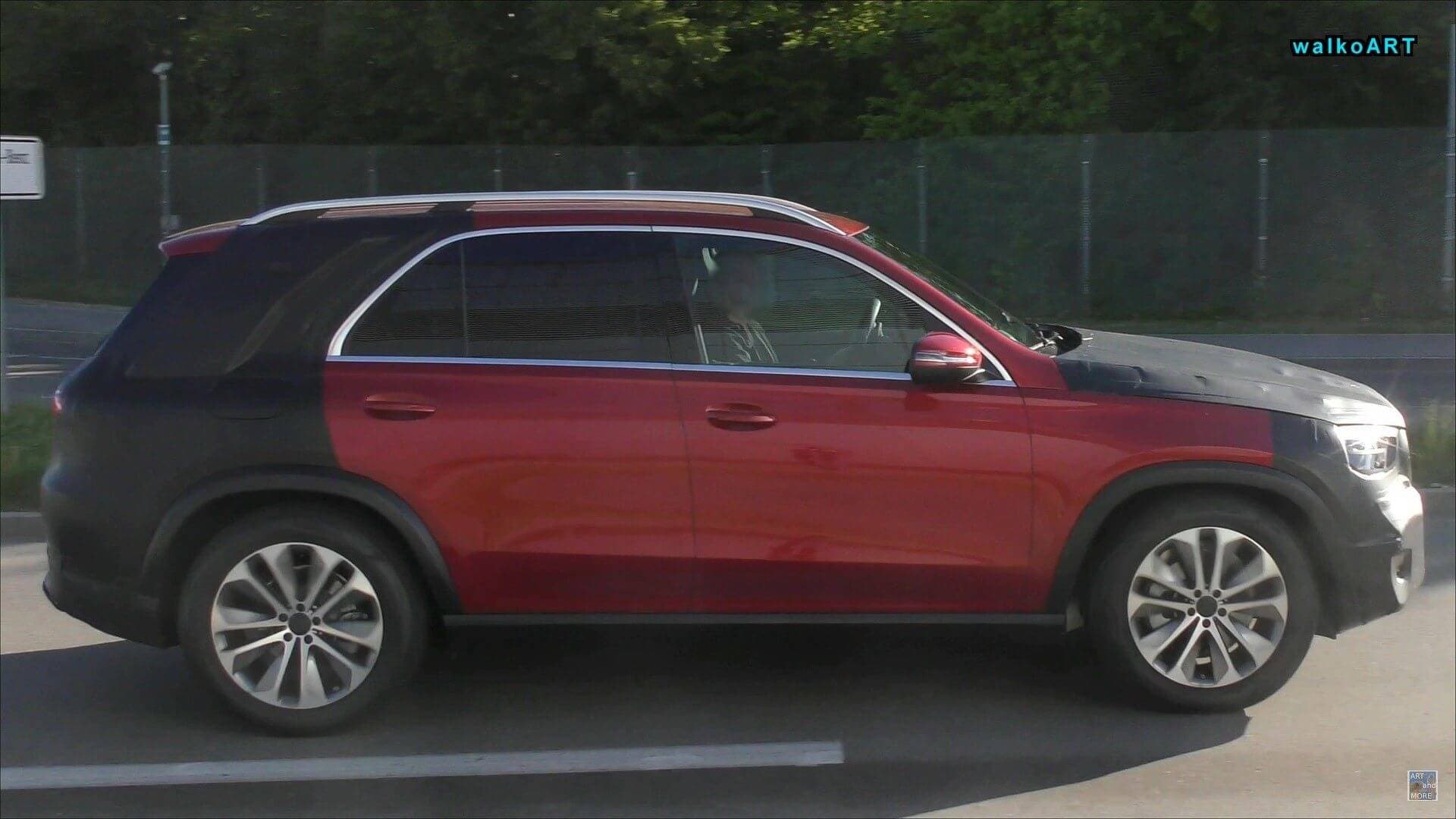 The SUV now also comes with a new set of diamond cut alloy wheels with wheel arch cladding, new outside rear-view mirror with integrated turn signal lights, and larger roof rails. Almost the entire rear portion of the SUV has been disguised but, it's clear from the bulges that the SUV will get new, sleeker horizontal LED taillamps, a muscular rear bumper with dual horizontal exhaust ports. 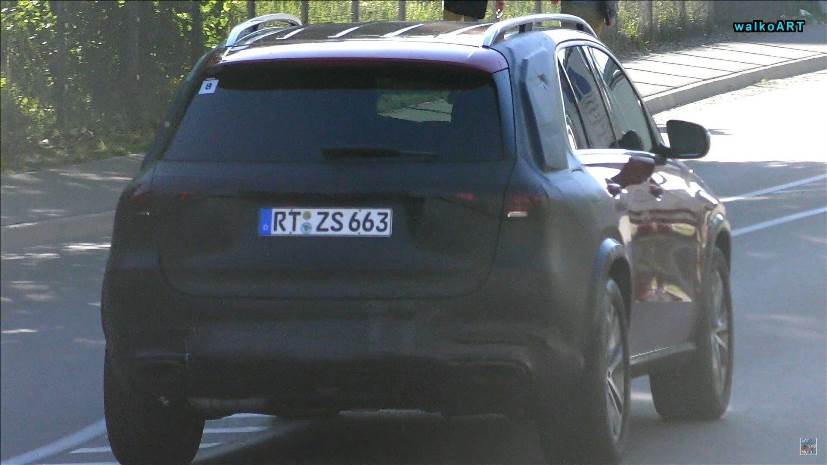 We do not see the cabin of the new GLE in these latest images, so right now, we won't be able to comment much on the interior styling. However, some of the earlier spy images have confirmed that the new GLE will get the latest fully-digital instrument cluster and centre display, possibly equipped with the company's new MBUX (Mercedes-Benz User Experience) infotainment system, supported by the company latest artificial intelligence (AI).

Mercedes had previously announced its plan to replace its V6 engine with new in-line six engines and the GLE could be one of the new models to get the new flat-six motors. However, it is also possible that the SUV could borrow its retuned version of the new E-Class' engines. We will come to know for sure once the company reveals more details about the new-gen GLE, later this year.