Catch all the Live Updates from the 2019 BMW X5 launch here: 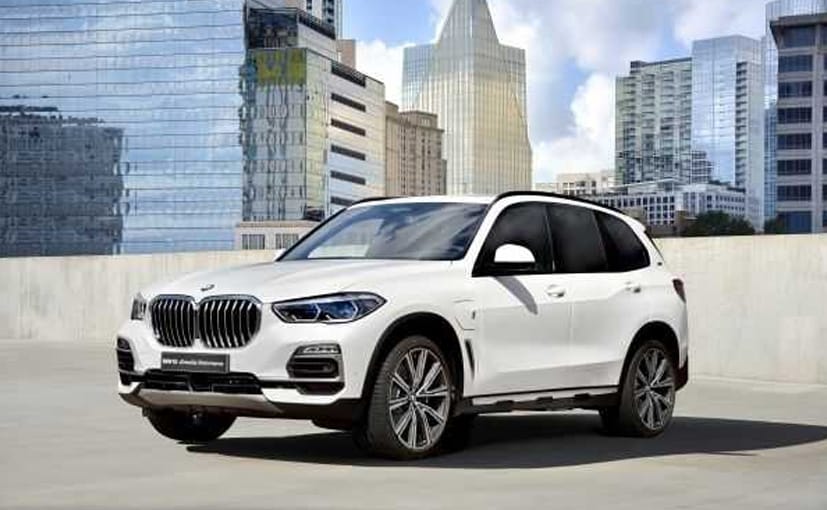 The fourth generation BMW X5 is all set to go on sale today in India and the popular selling SUV gets a host of upgrades with the new version right down to the chassis. The new X5 is based on the CLAR platform that also underpins the 5 Series, 7 Series and the X3 in the automaker's line-up. The SUV is now larger and more feature loaded than ever. It is 36 mm longer, 66 mm wider and 19 mm taller. The wheelbase has been extended by 42 mm and now sits at 2975 mm. The overall dimensions have helped in improving the boot capacity to 645 litres.

Internally codenamed G05, the fourth generation BMW X5 continues to retain is sporty characteristics and design, while evolving in design. The twin-slat kidney grille is wider while the headlamps now get the LED treatment as a standard feature. The upright front on the new X5 gives it a strong presence, while the sharp lines extend to the sides. At the rear, a brawny bumper is new while the taillights have been revised and are wider than before.

Inside, BMW carries over the familiar design language from other cars on the new generation X5. The SUV gets the new BMW Live Cockpit Professional display bringing an all-digital instrument console to the offering along a touchscreen infotainment system and a revised gear-selector lever. The car also comes with four-zone climate control, ambient lighting, wireless charging and entertainment screens for rear passengers.

Engine options will include the 3.0-litre straight-six turbo petrol and diesel mills. The turbo diesel motor is tuned for 265 bhp and 620 Nm of peak torque, while the six-cylinder petrol will belt out 335 bhp and 450 Nm of peak torque. Both engines will come paired with an 8-speed Steptronic transmission and all-wheel-drive as standard.

Catch all the Live Updates from the new generation BMW X5 launch here:

01:12 PM
Sachin Tendulkar at the 2019 BMW X5 Launch
Sachin Tendulkar has been associated with BMW for years now and has owned a host of these beauties including the X5 M, 7 Series 760Li, and the i8 hybrid sports car. 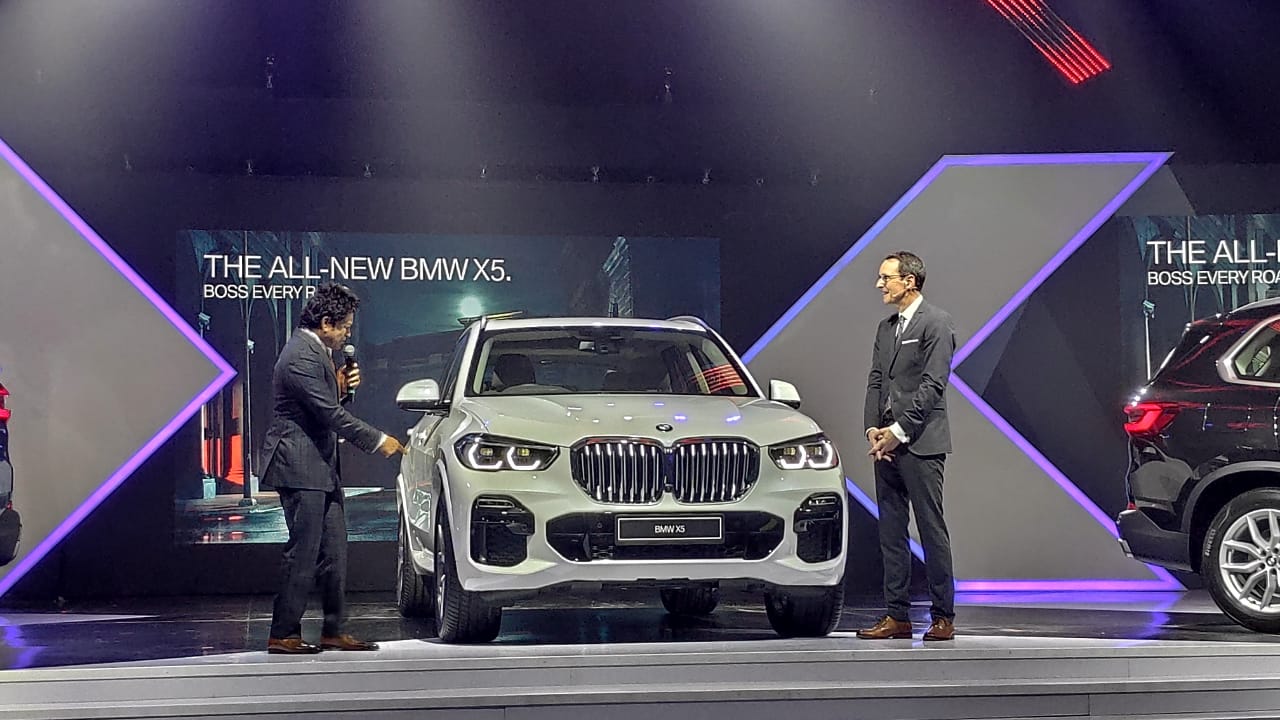 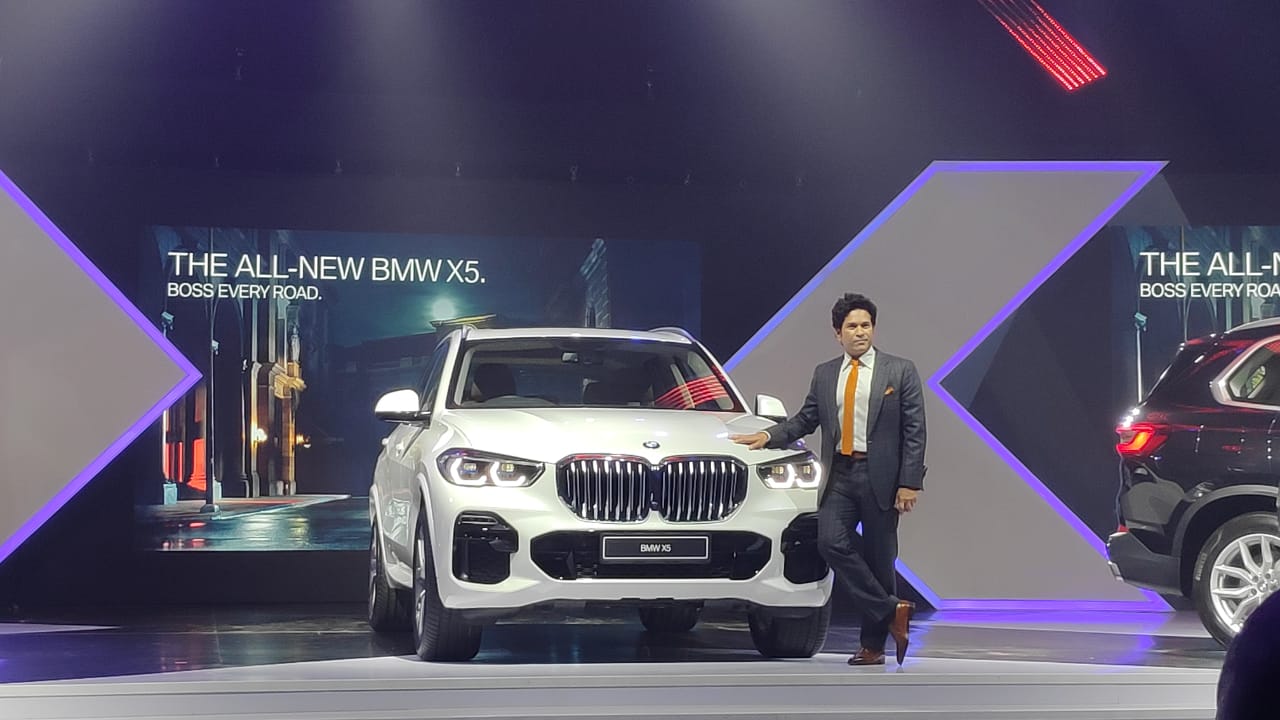 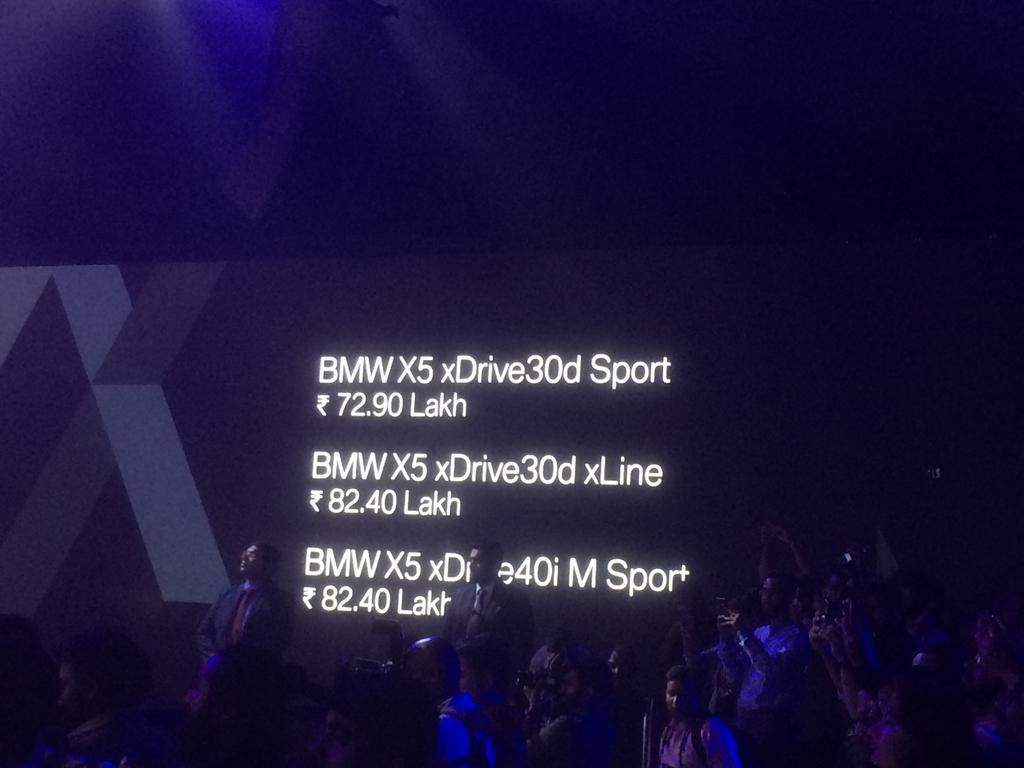 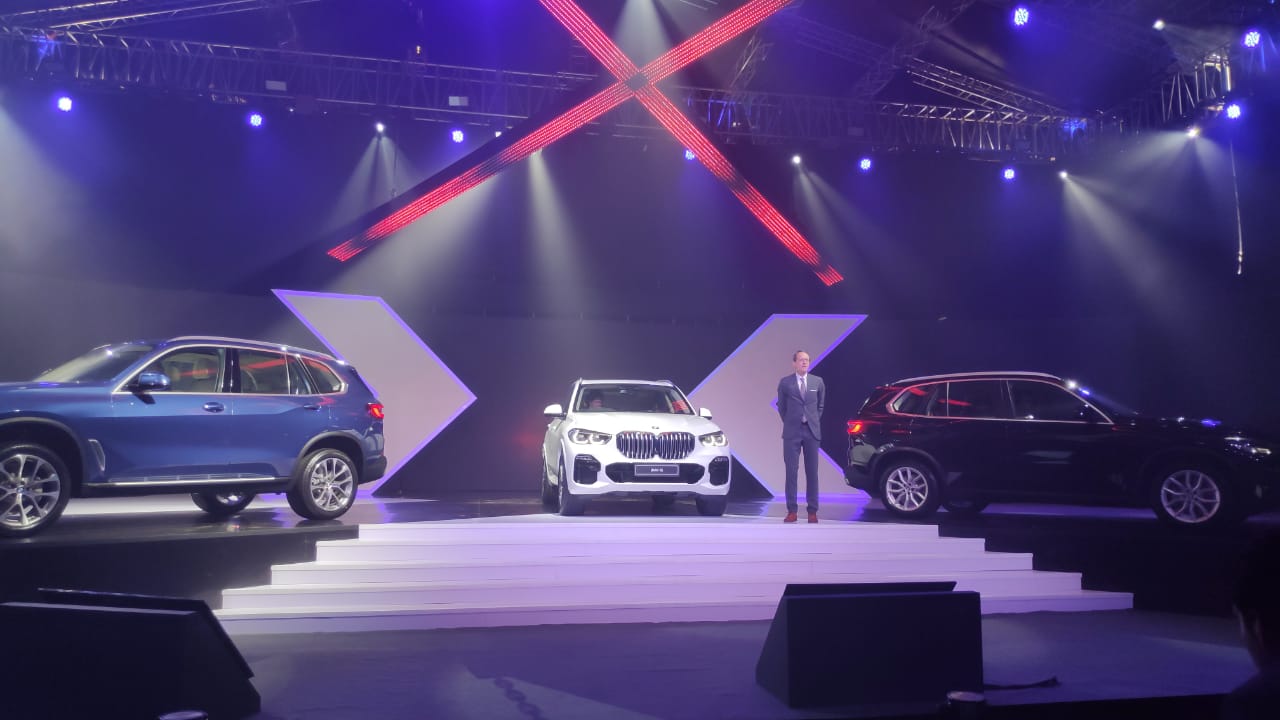 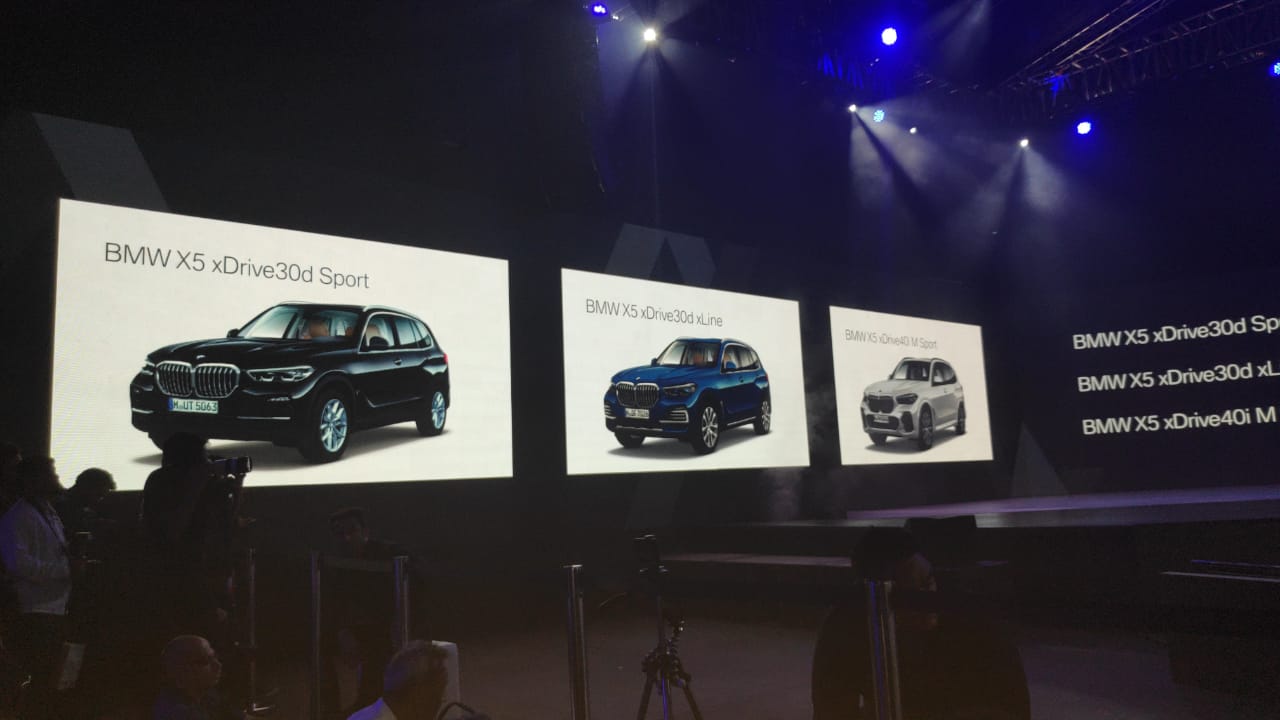 12:47 PM
BMW X5 Launch: Petrol Engine Specifications
The new BMW X5 will also get a 3.0-litre turbo petrol later this year and is tuned for 337 bhp.
The new petrol will be BS6 Compliant right from the start and can sprint from. 0-100 kmph in 5.5 seconds. 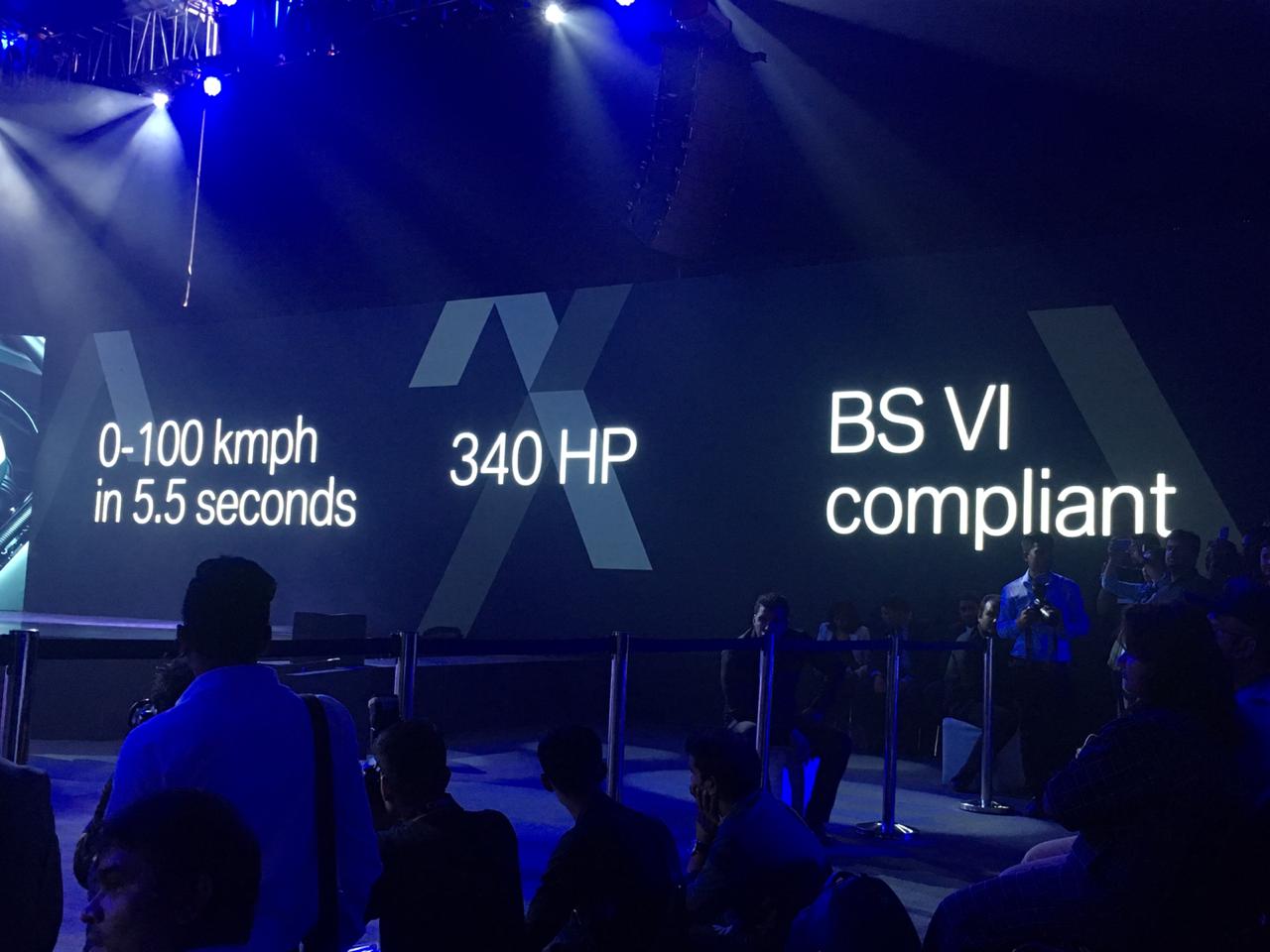 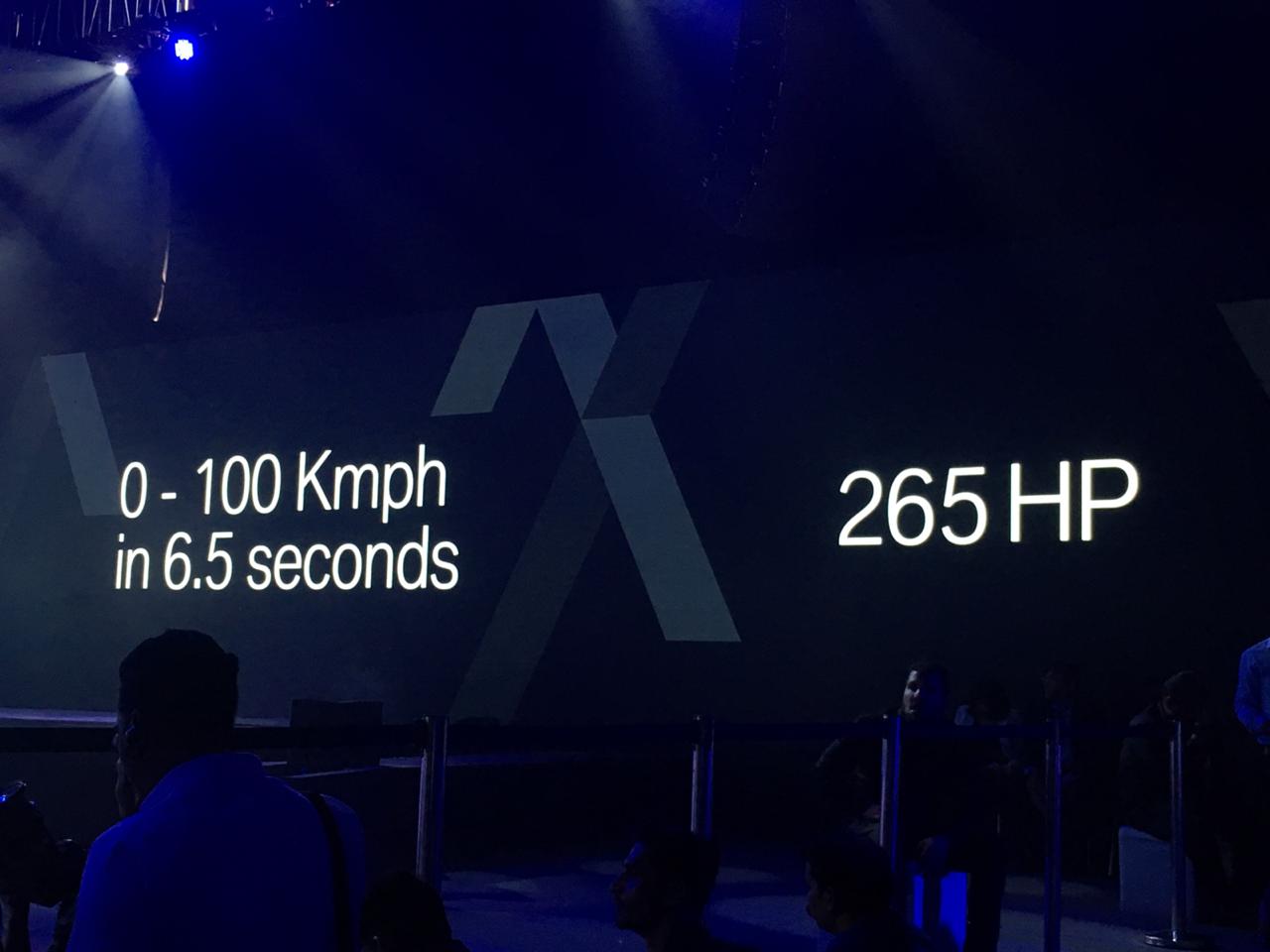 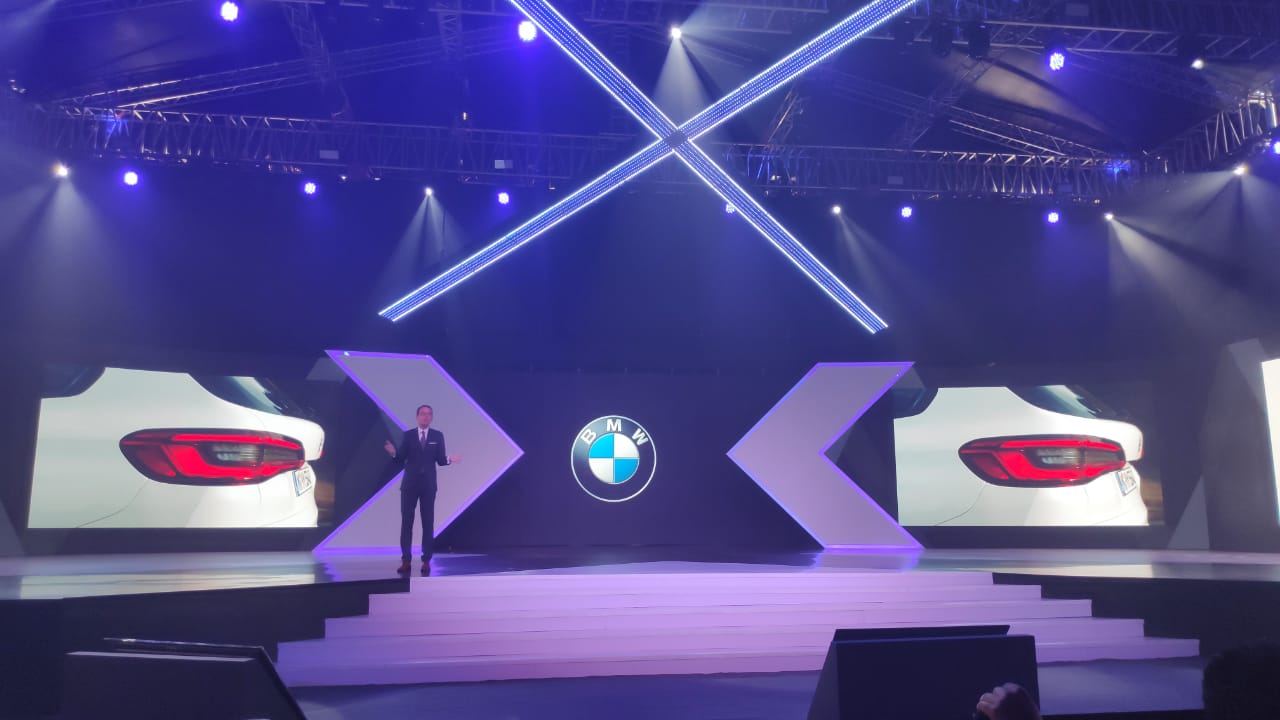 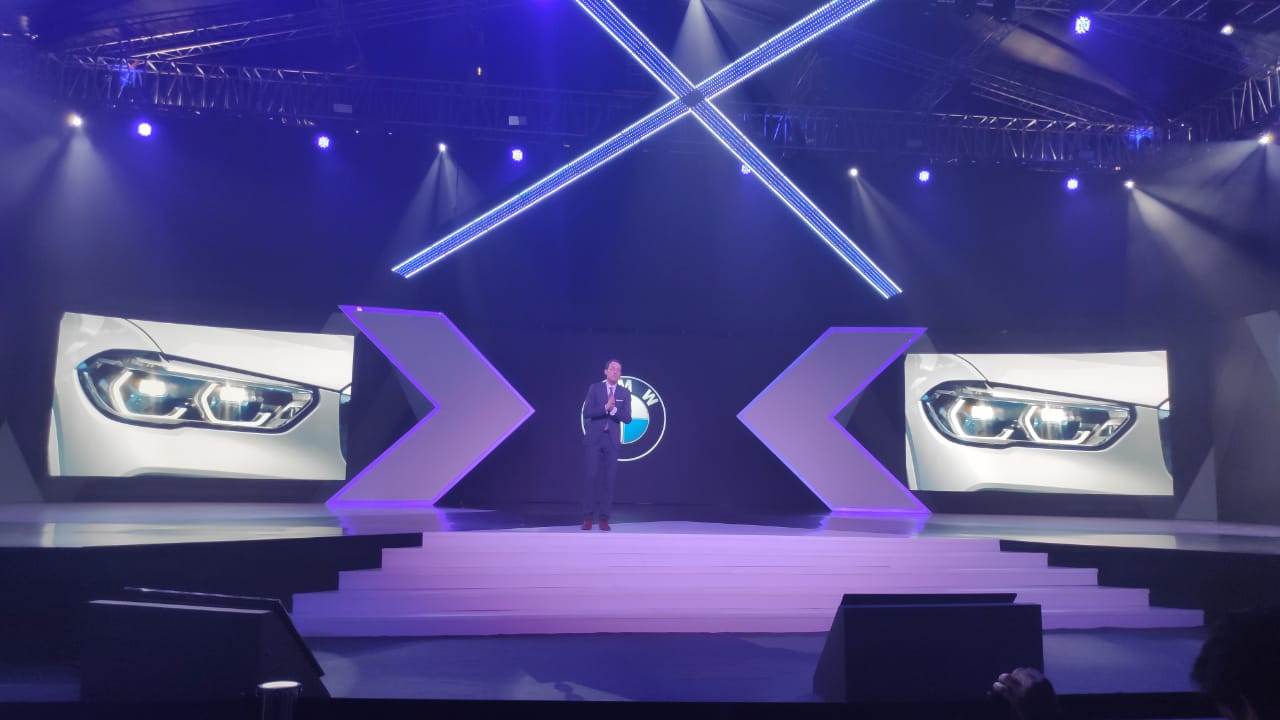 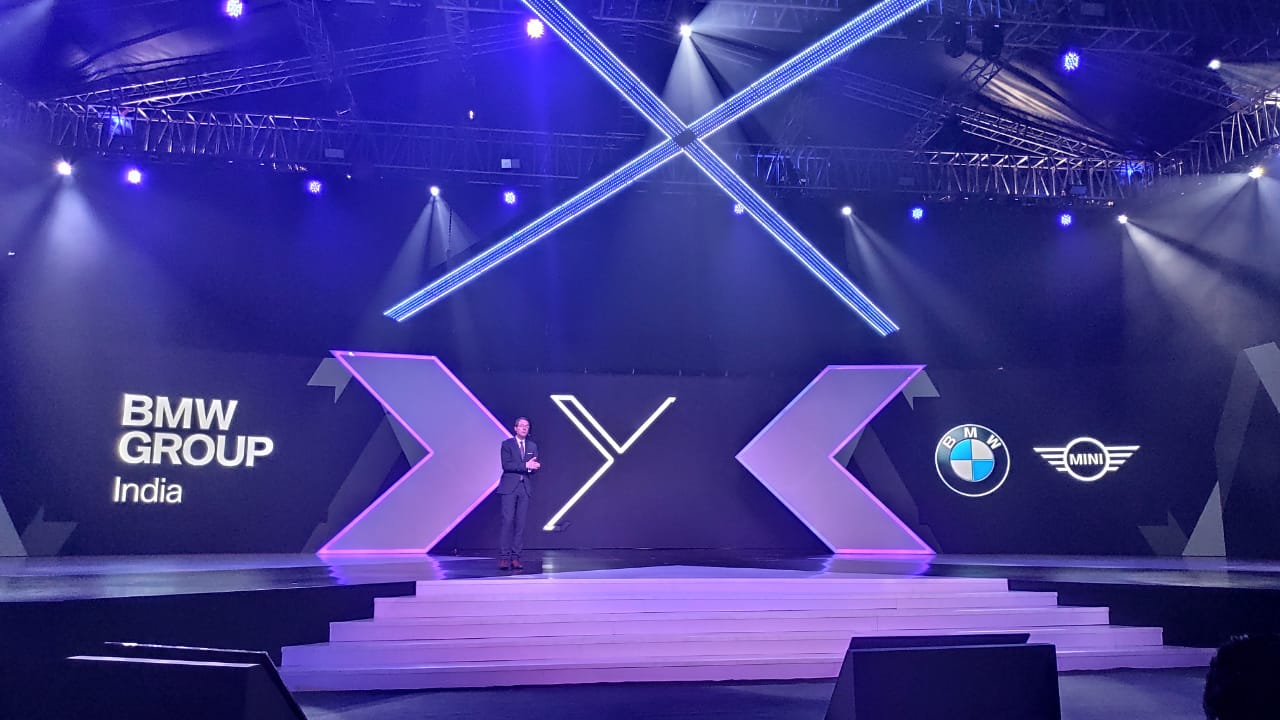 12:36 PM
Hans Christian Bartel BMW India President (act ) takes the stage.
The new BMW X5 will be launched only with a diesel engine for now. The petrol version will follow later in 2019. 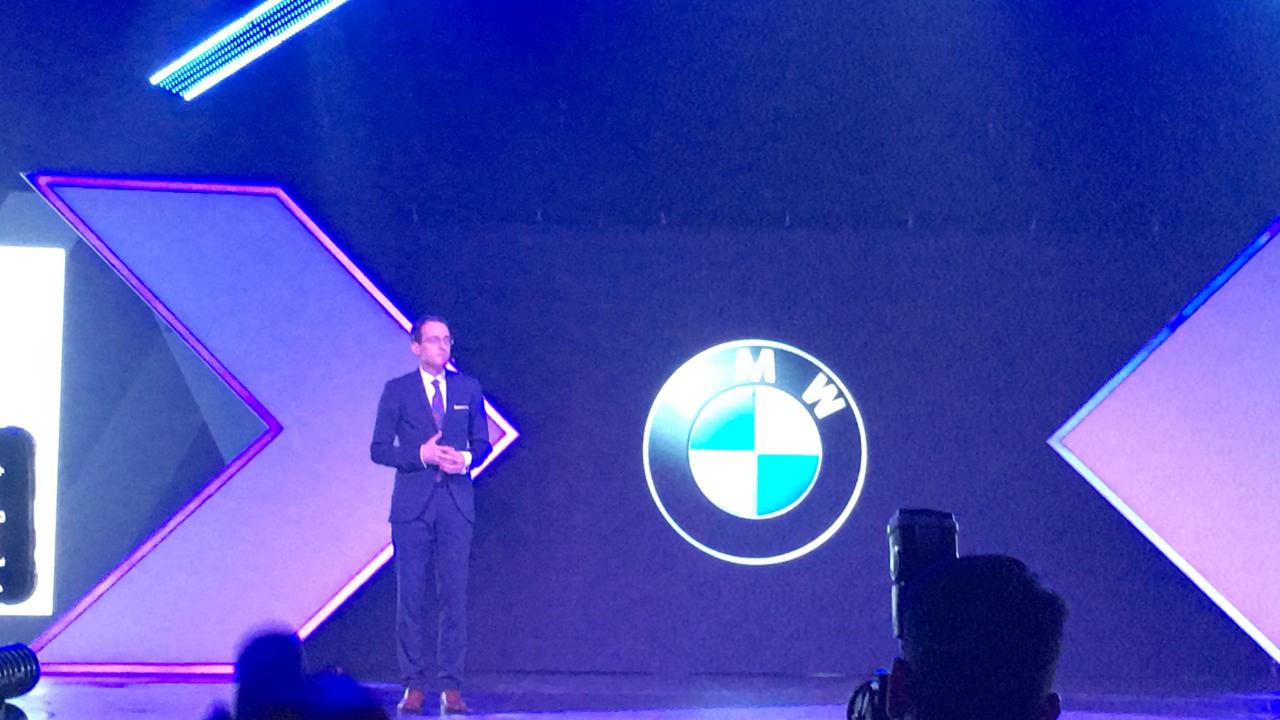 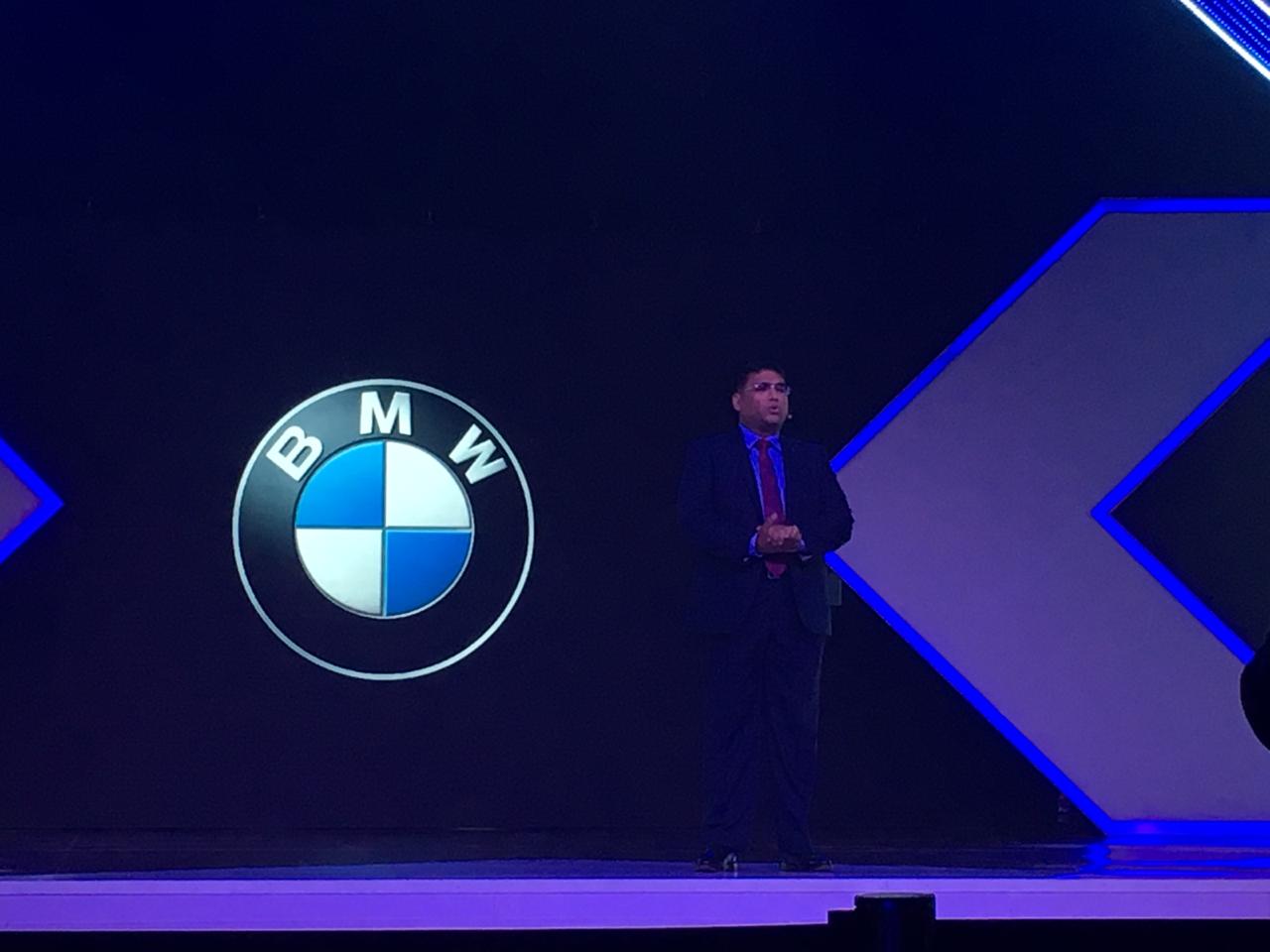 12:17 PM
BMW X5 Launch: Architecture
The new generation BMW X5 is based on the CLAR platform that also underpins the new 7 Series, 5 Series and the X3 SUV. 11:52 AM
2019 BMW X5 Launch: Engine Specifications
The fourth generation BMW X5 for India will be made available with the 3.0-litre in-line six-cylinder diesel engine with 261 bhp and 620 Nm of peak torque. The motor is paired with an 8-speed Steptronic automatic transmission. 11:23 AM
BMW X5 Launch
It's almost time for the launch of the new generation BMW X5.
Larger, more powerful and more feature rich too. 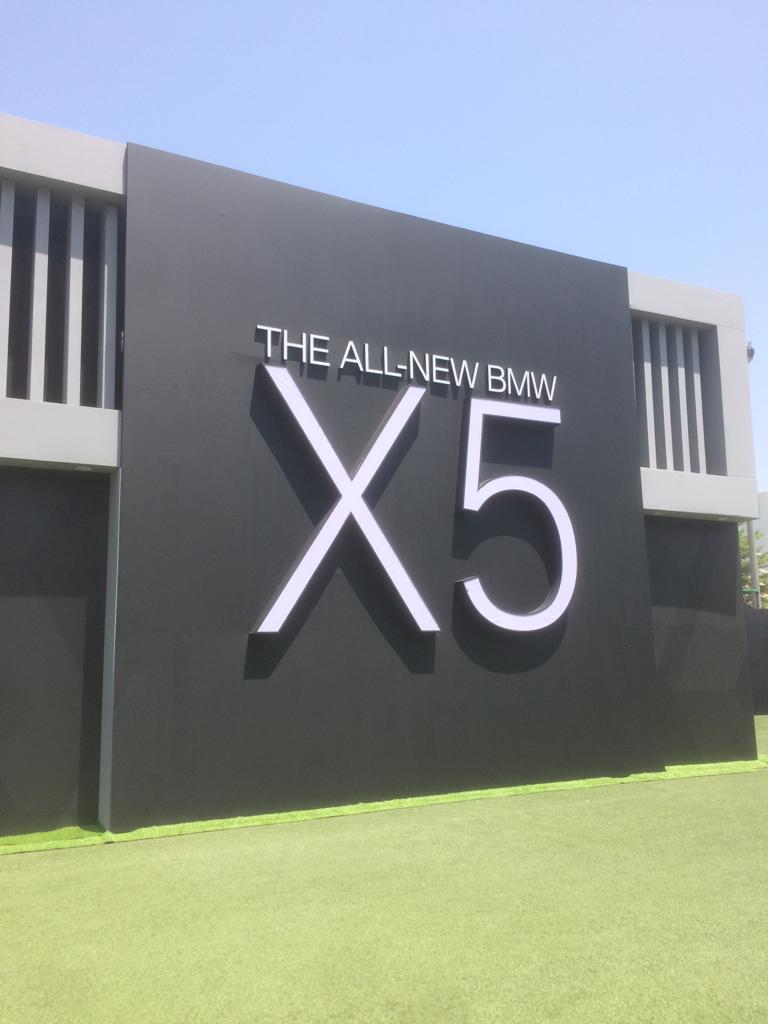 10:49 AM
BMW X5 Launch
The BMW X5 made its debut in 1999 and is currently in its fourth generation that debuted earlier this year.
The X5 is manufactured in Greer, South Carolina at the Spartanburg BMW plant and comes to India as Completely Knocked Down (CKD) kit 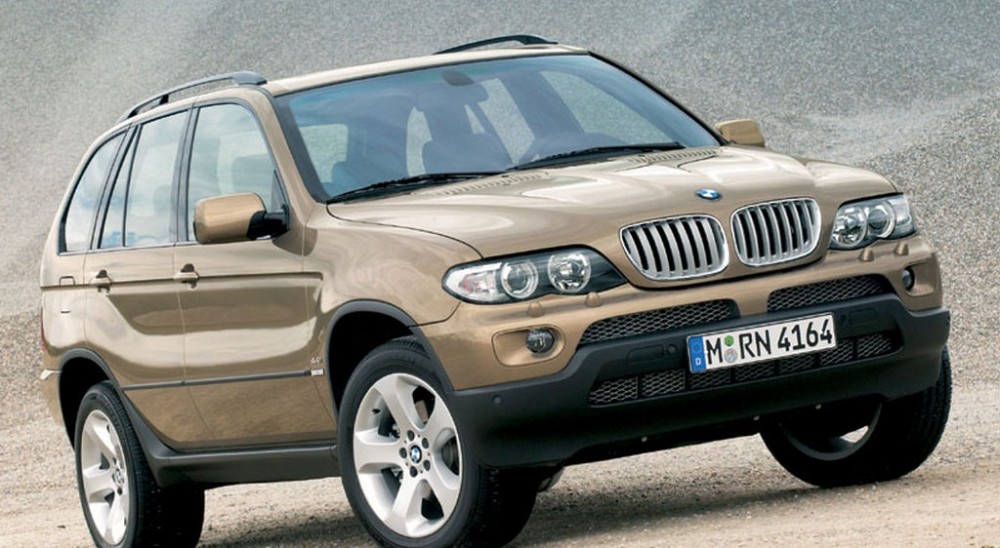 10:14 AM
Hello and welcome to the Launch Live Blog for the new generation BMW X5 SUV.
The all-new offering makes more power, is loaded on features and gets improved comfort over its predecessor, while being underpinned by the Clar platform that is also seen on the brand's newer models.
Details on prices, specifications and more will be available at the launch today.
Stay tuned for all the updates!