NextEV unveiled its global brand NIO and its electric supercar, NIO EP9, last month. The brand's first car, the EP9 has already set a new lap record at the Nuerburgring Nordschliefe when it lapped the 'Green Hell' in 7m 05.12s, thus beating the previous record and registering its name as the fastest electric car in the world. With the honour of having created the world's fastest electric car in its kitty, NextEV has a new target in sight: taking on Tesla.

Automotive News reports that the electric car company is working on a myriad of all-electric cars including SUVs, MPVs, and a sedan as it looks to take on names such as Tesla, Audi, and BMW with the price tag of a Toyota. Speaking of the company's first SUV, Jack Cheng, co-founder, NextEV, said it will be "as good as or better than the Tesla [Model X] but cheaper. It will be positioned at Audi and BMW but with a Toyota price."

The NIO EP9 supercar gets four high-performance inboard motors and four individual gearboxes and delivers 1-MegaWatt of power, equivalent to 1,341bhp. The EP9 can accelerate from 0-200kmph in 7.1 seconds and offers a top-speed of 313kmph. 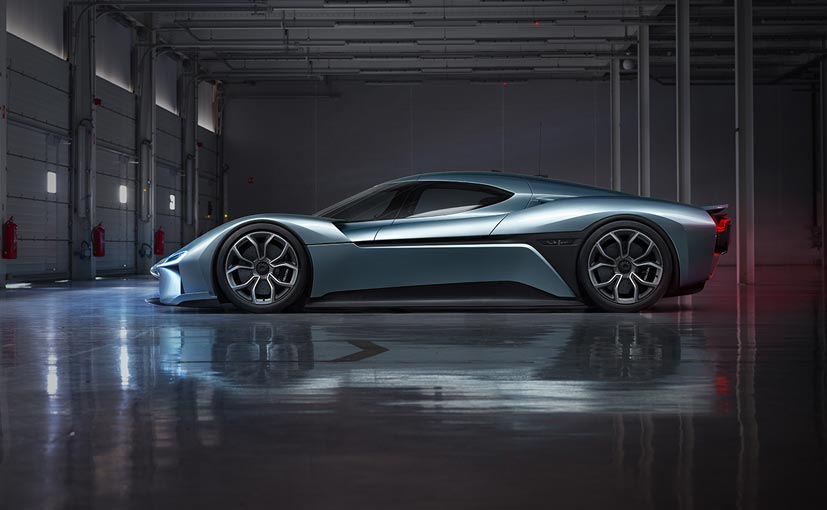 NextEV NIO EP9: The supercar offers a top-speed of 313kmph

The upcoming all-electric NIO SUV will have a 70 kilowatt-hour battery pack for a range of 531km (330 miles) on the European cycle. It is scheduled to arrive next year and is likely to debut at the 2017 Shanghai Auto Show in April. It will go on sale in the US either by late 2018 or early 2019.