Nissan will pay $15 million, while Ghosn agreed to a $1 million civil penalty and a 10-year ban from serving as an officer or director of a publicly traded U.S. company, the SEC statement said. 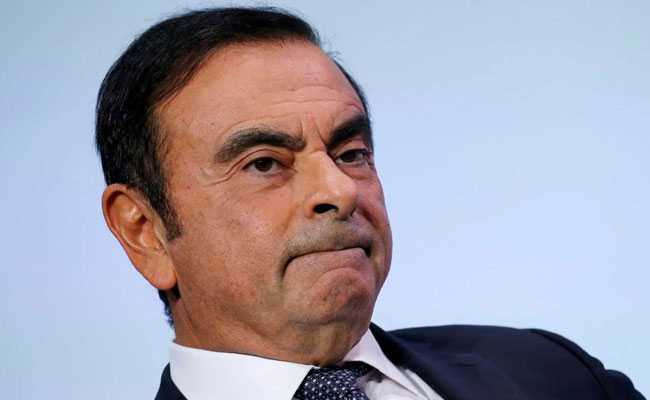 Nissan Motor Co and its former Chief Executive Carlos Ghosn have agreed to settle claims from the U.S. Securities and Exchange Commision over false financial disclosures related to Ghosn's compensation, an SEC statement said on Monday.

Nissan will pay $15 million, while Ghosn agreed to a $1 million civil penalty and a 10-year ban from serving as an officer or director of a publicly traded U.S. company, the SEC statement said.

Ghosn was arrested in Japan and fired by Nissan last year. He is awaiting trial in Tokyo on financial misconduct charges that he denies.

Ghosn's legal team said in a statement they were "pleased to have resolved this matter in the U.S. with no findings or admission of wrongdoing ... The SEC settlement expressly permits Mr. Ghosn to continue to contest and deny the factual and legal allegations against him in the criminal proceedings in Japan, and Mr. Ghosn fully intends to do so."

The team added "that, if given a fair trial, he will be acquitted of all charges and fully vindicated."

Former Nissan human resources official Gregory Kelly agreed to a $100,000 penalty and a five-year officer and director ban. Nissan, Ghosn, and Kelly settled without admitting or denying the SEC's allegations and findings.

The SEC said in total Nissan in its financial disclosures omitted more than $140 million to be paid to Ghosn in retirement - a sum that ultimately was not paid. The SEC also accused Ghosn in a suit filed in New York that he engaged in a scheme to conceal more than $90 million of compensation. That suit is being settled as part of the agreement announced Monday.

Nissan confirmed it had settled the allegations and said it "is firmly committed to continuing to further cultivate robust corporate governance."

Nissan provided significant cooperation to the SEC, the agency said. The company now has a new governance structure with three statutory committees - audit, compensation and nomination - and has amended its securities reports for all relevant years.

The SEC said beginning in 2004 Nissan's board delegated to Ghosn the authority to set individual director and executive compensation levels, including his own.

The SEC said "Ghosn and his subordinates, including Kelly, crafted various ways to structure payment of the undisclosed compensation after Ghosn's retirement, such as entering into secret contracts, backdating letters to grant Ghosn interests in Nissan's Long Term Incentive Plan, and changing the calculation of Ghosn's pension allowance to provide more than $50 million in additional benefits."

"Investors are entitled to know how, and how much, a company compensates its top executives. Ghosn and Kelly went to great lengths to conceal this information from investors and the market," said Stephanie Avakian, co-director of the SEC's Division of Enforcement.

Nissan said earlier this month CEO Hiroto Saikawa was stepping down after he admitted to being overpaid in breach of company rules.

Renault has unsuccessfully sought a full-blown merger with its larger partner Nissan. Japan's second-largest automaker is currently planning to cut around one-tenth of its global workforce - its deepest job cuts since 2009 - and to slash production capacity while shuttering underutilized plants.