Dealers has already started accepting bookings for the new Vespa Notte 125 and our sources say that scooter will be priced at Rs. 70,285 (ex-showroom, Delhi). 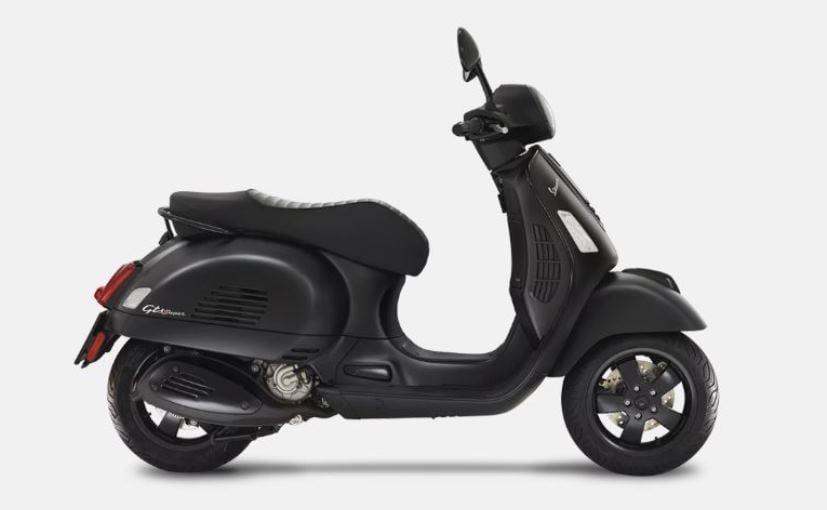 View Photos
The Vespa Notte 125 is inspired by the GTS Super Notte 125, which is part of Piaggio's global line-up

Price of Piaggio's new special edition Vespa Notte 125 has been revealed and our sources say that scooter will go on sale in India at ₹ 70,285 (ex-showroom, Delhi). The Vespa Notte 125 was first showcased early this year at the Auto Expo and was expected to be launched in India in 2018 itself. While the company is yet to officially launch the scooter, dealers have started accepting booking for the new Vespa Notte 125 for a token of ₹ 5,000 and expect the deliveries to start from the first week of August.

The Vespa Notte 125 is inspired by the GTS Super Notte 125, which is part of Piaggio's global line-up, although, the India-spec model will be based on the standard 125cc Vespa scooter. The word Notte, in Italian, translates into 'Night' and to signify its name, the scooter gets an all-black treatment, right from the matte black paint job, mirrors, alloy wheels and the seat among others. In fact, visually, the Vespa Notte 125 very different from the bright coloured Vespa scooters that the company offers.

The Vespa Notte 125 will be powered by the tried and tested 125 cc, air-cooled engine that both the Vespa 125 and Aprilia SR 125 scooters in India. The engine is tuned to offer a maximum output of about 10 bhp and develops 10.6 Nm of peak torque, while mated to a CVT transmission. The features list, on the other hand, will include the standard analogue console, tubeless tyres, and a revised seat among others.

At ₹ 70,285 (ex-showroom, Delhi), the Vespa Notte will be the cheapest model in the Vespa line-up, a little over ₹ 4000 cheaper than the standard 125 cc Vespa. The scooter will compete in India with the likes of the TVS NTorq 125, Honda Grazia, and the new Suzuki Burgman Street 125.