The Royal Enfield Classic 500 1:12 scale model can be purchased via the company's website and is currently available for pre-order with deliveries to start by the first week of May this year. 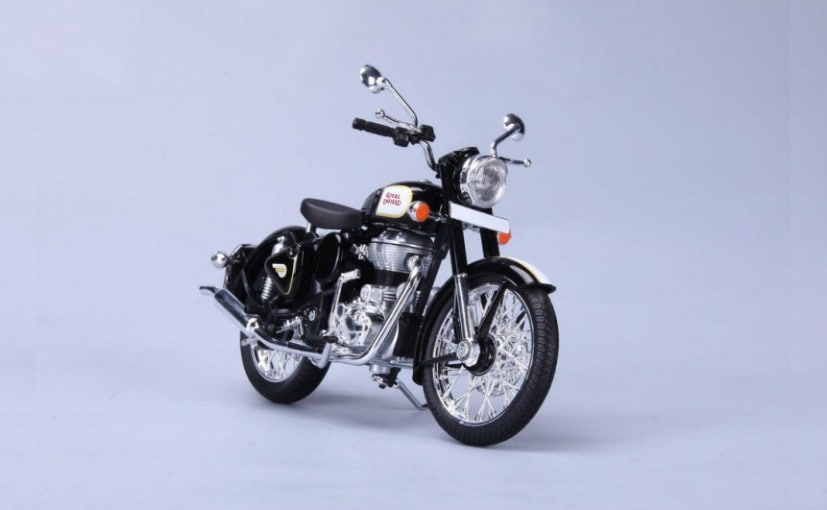 The recent years have seen Royal Enfield transform from an ailing motorcycle maker to a dominant force in the global middleweight motorcycle segment. The brand has not only created a new identity as a retro and classic motorcycle maker but also as a lifestyle brand that manages to garner enough business from its accessories and gear, as much as it does from its bike sales. Now, adding a new collectible to its range, Royal Enfield has introduced scale models for its Classic 500 bikes. The 1:12 scale models are listed on the company's website priced at ₹ 1,200 and are currently available for pre-order, with deliveries set to begin in the first week of May this year. 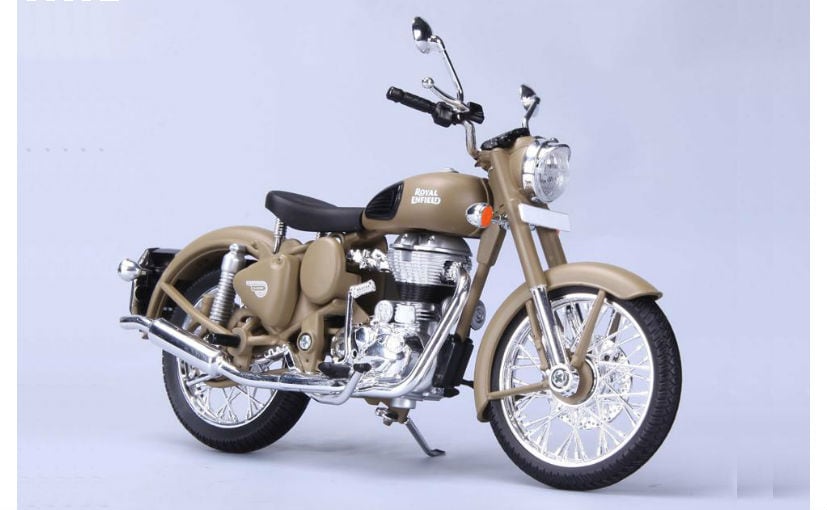 The scale model gets several moving parts including the handlebar, side stand, rear suspension and

The Royal Enfield Classic 500 scale model is manufactured by Maisto and is available in two colours - Black and Desert Storm. This is the first official replica series by the manufacturer. The scale model measures 17.5 cm in length, 6.5 cm in breadth and 10.5 cm in height. The weight stands at a light 250 gm, probably the lightest from RE yet. The diecast model looks quite detailed compared to the real deal and has several moving parts as well including a steerable handlebar, free rolling wheels, working rear suspension and side stand. The bike also gets moving rear view mirrors. The chrome finished engine does look nice and authentic on the scale model.

The Royal Enfield Classic series was first introduced 2008 taking inspiration from the Royal Enfield Model G from the late 1940s. The retro motorcycle turned out a volumes spinner for the company with the Classic 350 being the most popular selling motorcycle in the range. The scale model will certainly find likeability amidst owners and aficionados alike. It will be interesting to see if Royal Enfield also rolls out scale models for its other offerings including the Bullet, Himalayan, as well as the Interceptor and Continental GT 650.