Triumph Scrambler 1200 Could Be Introduced In 2 Variants

Triumph is said to be readying two versions of the Scrambler 1200, with an entry-level version and an 'R' version with high-spec components. 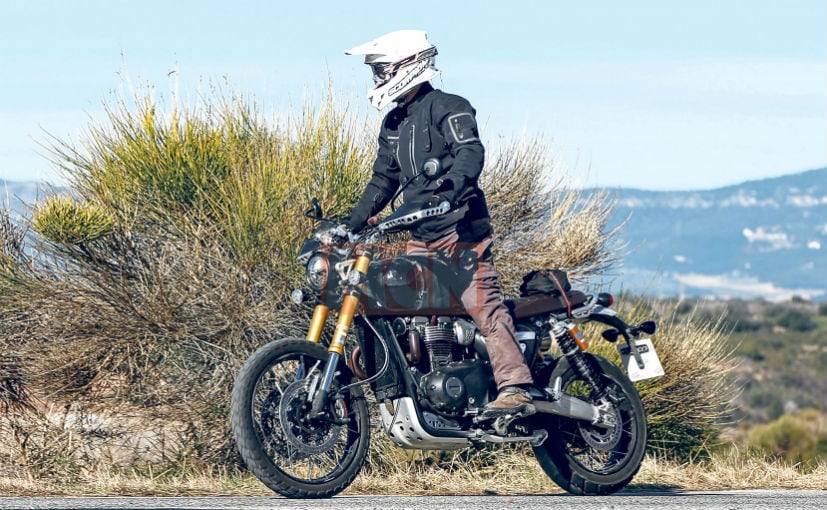 Scrambler motorcycles are getting popular globally and after Ducati, it is Triumph Motorcycles that will be expanding its Scrambler range with a larger capacity engine. While the upcoming Triumph Scrambler 1200 was spotted testing earlier this year, UK-based Visordown now reports that there might not be one, but two iterations of the Scrambler 1200 when it goes on sale. Much like the middleweight Triumph Street Scrambler 900, the upcoming 1200 cc version will be sharing its underpinnings with the Bonneville range, while the motor in question is the 1200 cc parallel-twin shared with the Triumph Speedmaster, Thruxton and Bobber motorcycles. 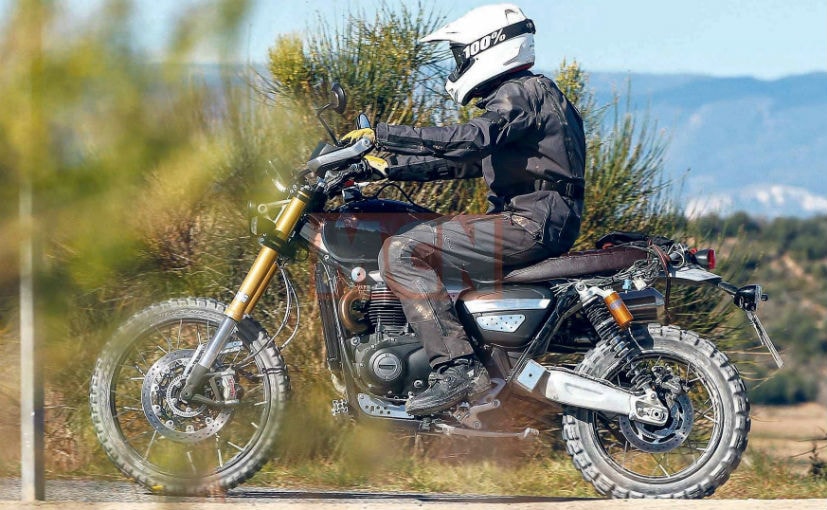 The report suggests that there will be a high-spec version of the Triumph Scrambler 1200, and an entry-level version will also be a part of the line-up. The rumour does have weightage considering that's the strategy the bike maker has opted for with its recent offerings including the Thruxton and Thruxton R, Street Triple S and RS, as well as the Speed Triple S and ₹

There is likely to be a Scrambler 1200 'R' variant, which will sit as the range-topping variant and will gets a premium suspension setup and braking components. The previous spy shots revealed the motorcycle to get longer travel Ohlins USD forks up front and Ohlins twin shocks at the rear with remote reservoirs dual springs. There were also radial brakes from Brembo. In contrast, a simpler suspension from KYB and braking setup from Nissin, is likely to be offered on the standard Triumph Scrambler 1200, and should come at a more affordable price point. 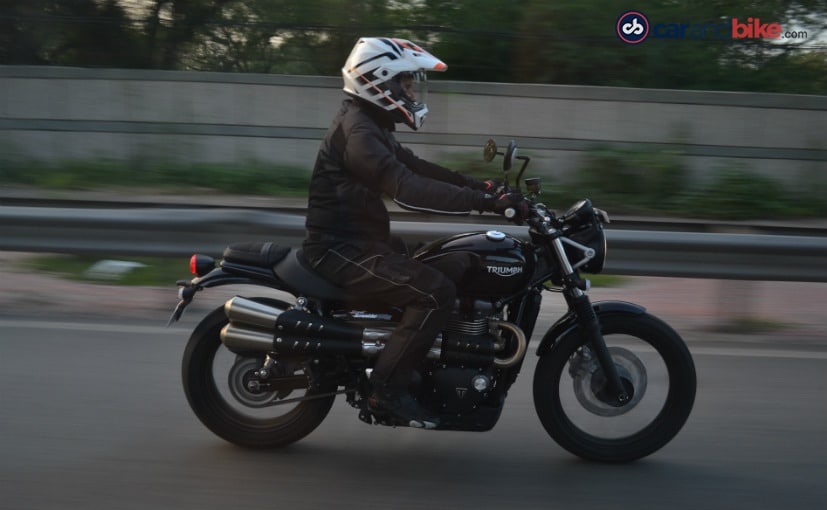 With the upcoming 1200 versions, the Triumph Scrambler family will be offered in three versions - 900, 1200 and 1200 R - catering a different customer base respectively. The Triumph Scrambler 1200 is expected to be revealed towards the end of this year, possibly an EICMA debut and it is likely that Triumph Motorcycles will bring the model to India as well. The Triumph Street Scrambler is already on sale here and is priced at ₹ 8.60 lakh (ex-showroom).

SWM Superdual T
₹ 6.8 Lakh *
View More
Subscribe to Our Newsletter
Over 1.5+ Lakhs subscribers
Thank you for Subscribing to Us
x