The new VW Tiguan is the first ever SUV that the company has launched in India after the Touareg was taken off from the market. It is built on the company's versatile MQB platform and will go head-to-head with the Toyota Fortuner, Ford Endeavour, Isuzu MU-X along with Hyundai Santa Fe. 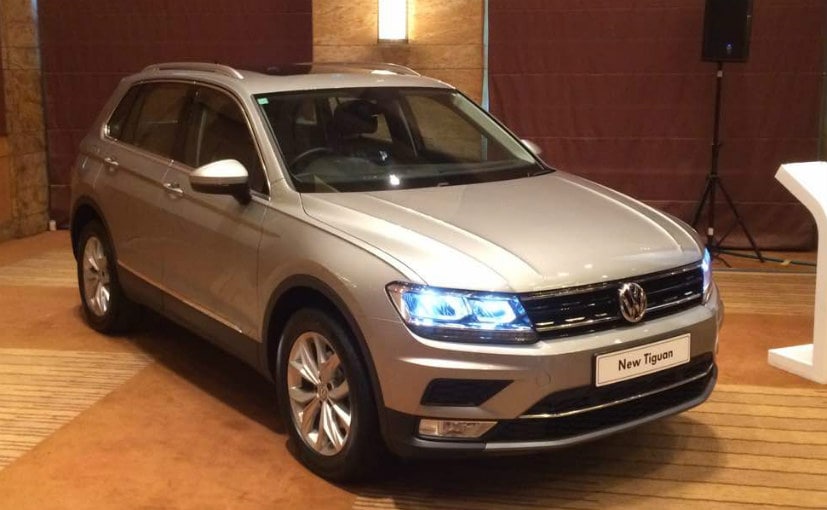 The much anticipated Volkswagen Tiguan SUV today finally went on sale in India and is priced at ₹ 27.98 lakh for the Comfortline variant and ₹ 31.38 lakh for the Highline (ex-showroom, Delhi), in line with our price expectation. With the launch of the Tiguan, Volkswagen has now, again, entered the SUV space in India, four years after Touareg SUV was discontinued. It is the second-generation Volkswagen Tiguan that has come to India and the new-gen model is based on the company's modular transverse matrix 'MQB' platform. Unlike other Volkswagen cars sold in the country, the Tiguan will only come in two variants - Comfortline and Highline, giving a miss to the base Trendline variant. The bookings for the Tiguan have begun and the deliveries of the SUV will commence from June 2017. We have driven the SUV and have told you everything that you need to know about the new VW Tiguan.

Under the hood, the all-new Volkswagen Tiguan will only be offered with the diesel powertrain - a 2-litre TDI engine that is capable of churning 141 bhp and developing a peak torque of 340 Nm. The turbocharged, four-cylinder oil burner comes mated to the company's tried and tested 7-speed DSG automatic transmission. Here is our review of the Volkswagen Tiguan. The Volkswagen Tiguan is the first SUV to be built on the popular MQB platform that has been launched in India. As for its design, the Tiguan is not overtly butch and aggressive like the SUVs that are usually preferred by Indian buyers. In fact, its styling cues have been taken from both the Golf and the Passat, two of the most popular VW cars in Europe. Having said that, the Tiguan comes with a wide stance and there are prominent character lines that accentuate its SUV silhouette. The second-generation Volkswagen Tiguan is also 60 mm longer and 30 mm wider and sits 33 mm lower than its predecessor, which makes it ideal for long-distance highway cruising rather than outright off-roading. But if you do want to take the Tiguan for some off-roading then Volkswagen has equipped it with its 4Motion all-wheel-drive (AWD) system, which comes as standard on both the variants. 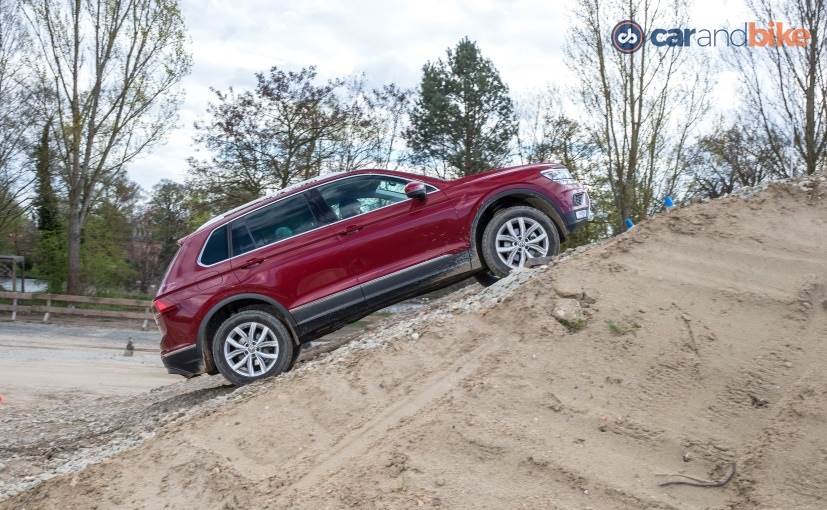 (The VW Tiguan is based on the MQB Platform)

Among other features we have - LED headlamps, fog lamps, taillights, 17-inch or 18-inch diamond cut alloy wheels (depending on the variant) and an electrically operated tailgate with an adjustable opening angle. The 5-seater cabin, on the other hand, features a well laid-out interior with comfortable upholstery and a well-equipped dashboard.

Despite being a five-seater SUV, the new Volkswagen Tiguan competes in the full-size SUV space, rivalling the likes of the Toyota Fortuner, Ford Endeavour and the newly launched Isuzu MU-X. In addition to that, the Tiguan will also compete with the upcoming Skoda Kodiaq, which is also based on the same MQB platform.