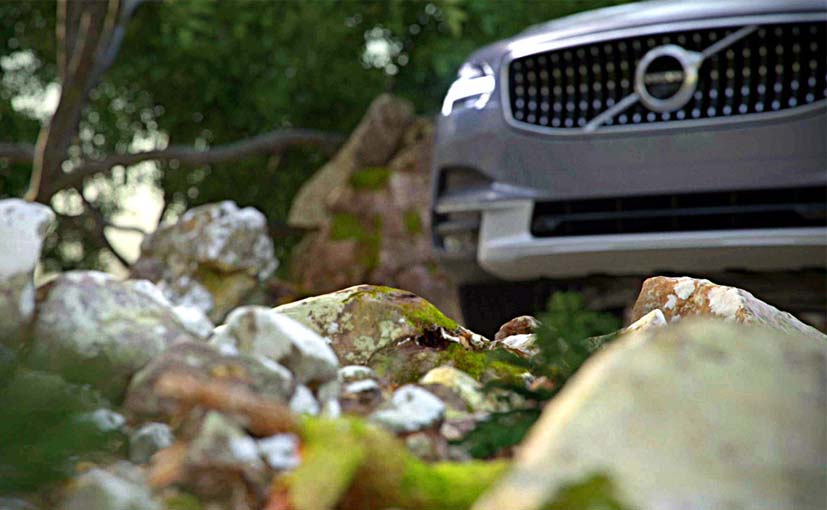 We've already told you that Volvo is going to reveal its fourth generation of the fullsize rugged station wagon, the V90 Cross Country, in mid-September but we've now confirmed from the company that the car is on its way to India. While the launch date will probably be next year, the V90 Cross Country is all set to land on Indian shores.

The company recently teased the car with a brief video to decipher how the car will look like. What is clearly visible is Volvo's signature Thor's hammer T-shaped LED daytime running lights, so no surprises there.

What is also interesting is that we can see the rugged styling of the lower bumper and of course a revised front grille with a dot pattern rather than the vertical slats we've seen. Yes, it does resemble the diamond pattern we see on the Mercedes-Benz A-Class but well, we'll know more once we see it in full view. Now, though the 2016 Paris Motorshow is just around the corner, Volvo will not showcase it there; given Volvo's withdrawal from all but three major motor shows.

Getting back to the car, the low camera angle allows us to gauge the car's raised ground clearance and we've already been a witness to this with the S60 Cross Country which has been launched in India and we've got you the review as well. In fact India is no country to station wagons either as we've had the Octavia combi, Indigo Marina and even the Baleno station wagon, so the V90 Cross Country will be at home here.

The only details provided by Volvo are that the V90 Cross Country uses an all-new chassis technology, and it'll be an all-wheel drive. The V90 Cross Country will borrow the engine lineup of its V90 and S90 brothers; so, we'll see several diesel options and we'll get those in India. India won't get the petrol engine, most likely and the regular V90 will also not come to India. We can't wait for more details to crop up so we know what's coming our way!