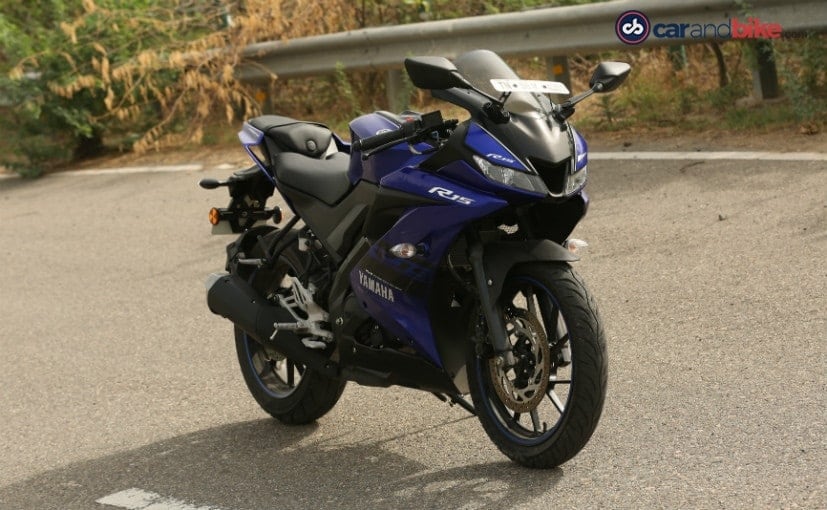 View Photos
Apart from the price hike, Yamaha India has also discontinued the YZF-R15 V1 and the Fazer 150 bikes

Yamaha Motorcycle India has updated the prices on select motorcycles in its domestic line-up. The models affected include the YZF-R15 V3.0, FZ25, Fazer 25 and the FZ-FI series with the company increasing prices by ₹ 600-1200 depending on the motorcycle. The premium bikes from the Japanese manufacturer's stable have seen a marginal hike of ₹ 600, and as a result, the Yamaha YZF-R15 V3.0 now retails at ₹ 1.40 lakh, while the Yamaha FZ25 and the Fazer 25 now retail at ₹ 1.34 lakh and Rs 1.44 lakh respectively. The Yamaha FZ-FI is now priced at ₹ Rs 96,180, while the FZS-FI will set you back by ₹ 98,180 (all prices, ex-showroom Delhi).

The price hike does not affect the recently launched Yamaha MT-15 that continues to retail at ₹ 1.36 lakh. The price difference the MT and the R15 though is now slightly higher. That said, the R15 continues to be more competitive than its direct rival - the newly launched KTM RC 125 that commands a premium of ₹ 7000 with an asking price of ₹ 1.47 lakh (all prices, ex-showroom Delhi).

Meanwhile, Yamaha India has discontinued the YZF-R15 V1 and the Fazer 150 bikes. Both bikes were not updated with ABS ahead of the April 1 deadline and cannot be sold without the safety feature. With the R15 V3.0 doing well in terms of sales, it is likely that the bike maker found it a more attractive proposition to discontinue the R15 V1 instead of updating it with the safety feature. The Yamaha Fazer 150 hadn't received any updates this year when the comprehensively revised FZ was introduced in January 2019. It's an unclear at the moment if the semi-faired offering will make a comeback.