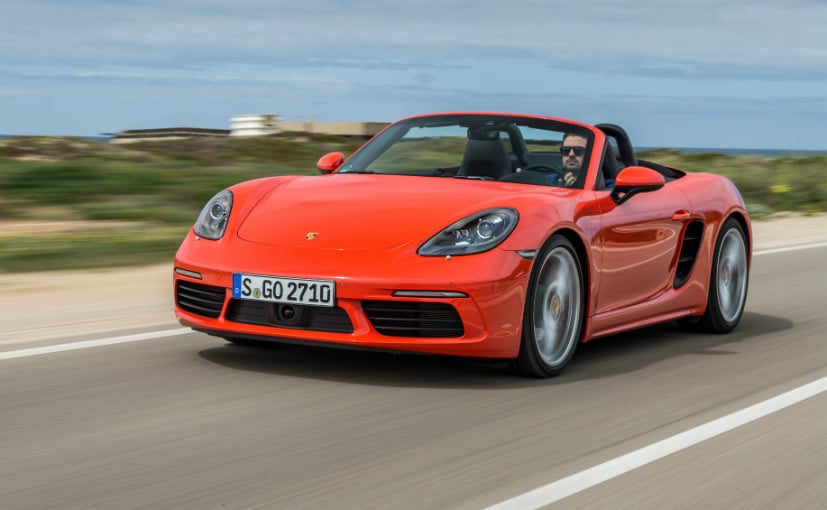 More than any other manufacturer, Porsche is wedded to tradition. After all, for over fifty years, they've been selling a car with the same basic silhouette; and they continue to stick their engine behind the rear axle. Of course they've made it work; defying physics in the bargain, but Porsche have always stuck with tradition. It is why Porsche-philes have literally taken to arms at any shift from tradition. The shift to water cooling, the switch to electric power steering and now this - a four-cylinder motor.

This is not the 911 though and the shift shouldn't create as much of a flutter but still Porsche aren't leaving anything to chance. And that's why you will find a set of numbers resurrected from the past.

Back in the fifties and sixties the 718 was Porsche's most capable race car winning the Targa Florio and Le Mans races. The lithe little car, precursor to the 550 Spyder in which James Dean was killed, had a mid-mounted flat-four motor, and the 718 prefix on this new Boxster is meant to hark back to those legendary race cars; to remind you that four-cylinder motors aren't alien to Porsche - and four-cylinders can win races. 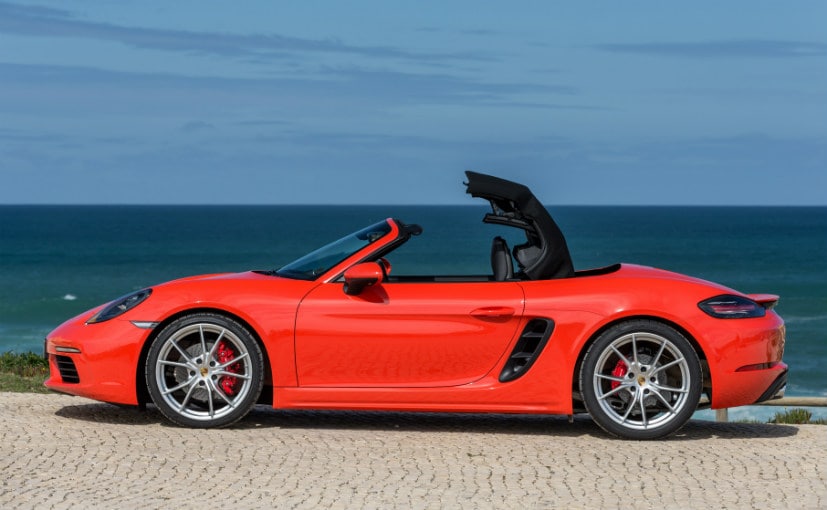 One wonders why Porsche have gone through all the re-branding effort though. Unlike the 911 which is steeped in history the Boxster is a more recent car, and Porsche doesn't even race it, but, hey, tradition is an important part of Porsche.

It might not look it but this is the all-new Boxster, succeeding the 911-generation of Porsche's mid-engined roadster. Apart from the hood, boot lid, windscreen and roof everything else is new. The styling has evolved and it is stretched out horizontally to give it a more planted and wider stance. You'll have to look closely to notice the changes to the nose but the more significant styling changes are on the rear with the three-dimensional taillamps and distinctive LED graphic. In fact the Boxster looks better from the rear than the front, but that is my personal opinion. 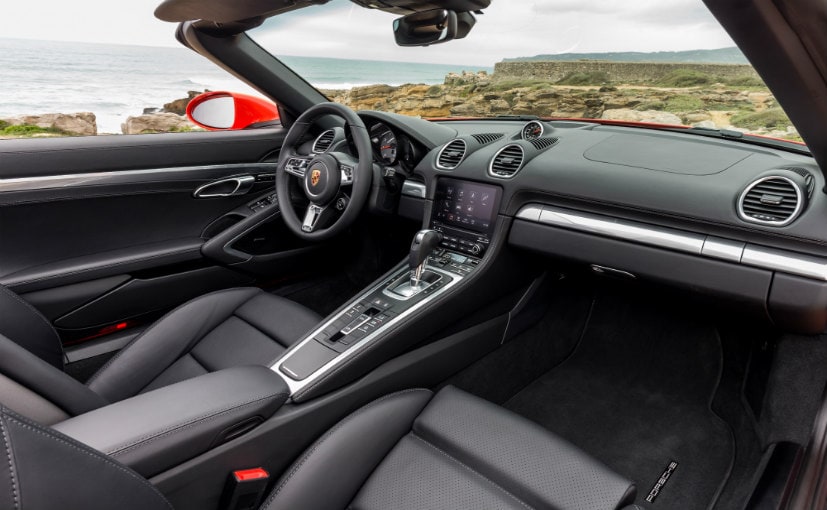 Inside there's a new touch screen from the new 911 with Apple CarPlay functionality. Option it with the Sport Chrono pack and you get a Ferrari Manetinno-like knob on the newly-designed steering wheel to select Sport, Sport + or Individual modes. Porsche doesn't believe in grouping various functions into menu like iDrive or MMI so you have a plethora of buttons on the dash, each performing a specific task. At first glance it does look like way too much but it all comes together nicely and you can't escape the overwhelming sense of quality and polish.

Mechanically the electric steering has been carried over from the 911 and it is 10 per cent quicker than before. The brakes on the S are carried over from the 911, while the entry Boxster gets the bigger brakes from the old Boxster S. And the rear axle has been beffed up with a stronger subframe. Additionally there are stiffer springs and dampers, fatter anti-roll bars and the rear wheels are wider by half an inch. As before, the optional PASM active suspension drops the ride height by 10mm while there's now PASM Sport that drops ride height by a further 10mm.

To keep pace with the emissions and efficiency requirements of this day and age the motor gets two turbos but what is even more significant is the six-cylinder Boxer motor has made way for a flat-four. 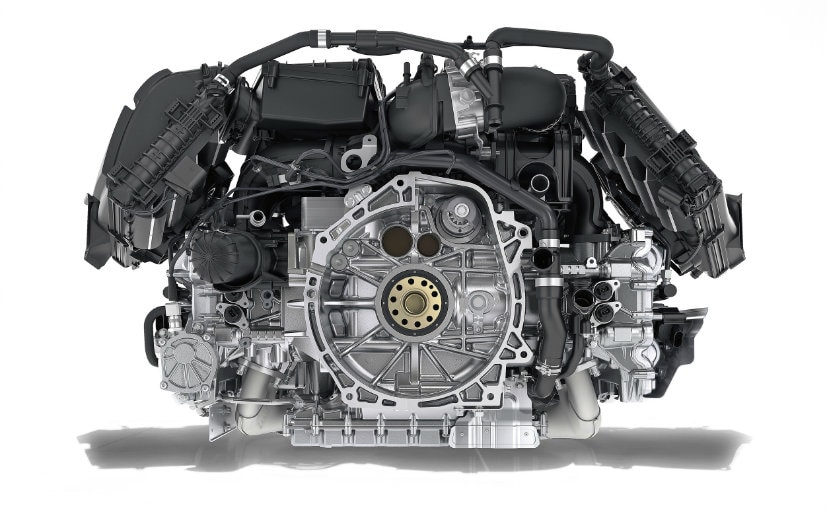 The base Boxster's two-litre turbo-charged flat-four makes 295bhp and 380Nm while the Boxster S gets a 2.5-litre flat four with 345bhp and 420Nm. Compared to the earlier flat-six this turbo-four makes 35 more horsepower and 100Nm more torque (torque in the S goes up by 60Nm). The bigger difference is in the way all that power and torque is delivered; the flat-six made its torque higher up the rev range and loved, absolutely loved to be screamed and pulled to its redline. Peak torque in the turbo-four arrives at 1950rpm and that means you have less work to do; there's more grunt, more flexibility and there's less work to do.

In marked contrast to the new 911, the Boxster definitely feels turbo-charged with a noticeable spike when the boost comes on. The Boxster S gets VGT turbos - incidentally Porsche is the only manufacturer in the world to offer VGT on petrol engines - that has a more linear power delivery that masks the fact that it is turbo charged. 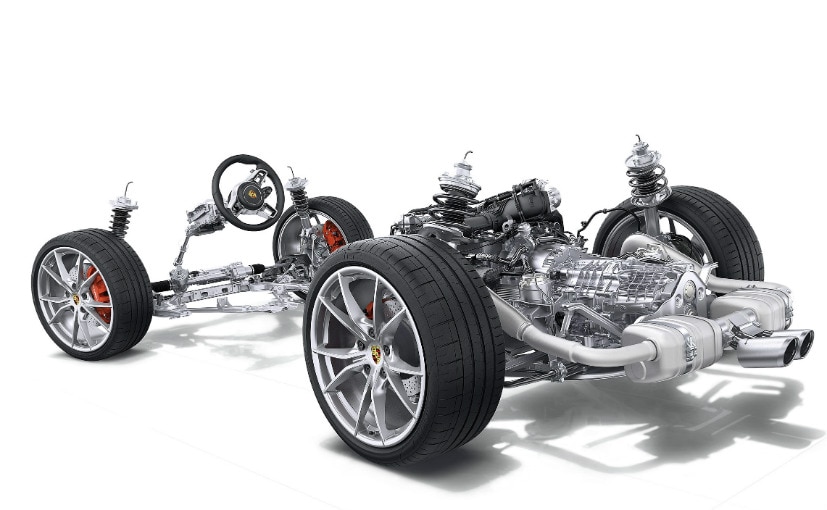 The mid-range torque affords longer ratios on the (fantastic) PDK 'box you don't have to chase the lowest gear and scream it to the redline. The motor runs out of puff by 6800rpm, though it will rev to over 7200rpm, but that intensity of the old flat-six, along with the sound, is missing. It does not lack for volume, but it isn't as tuneful as before, even with the optional sports exhaust. In fact the boom and drone of the sports exhaust can get tiresome on the motorway and this is the first Porsche where I actually turned off the sports exhaust.

Drive it and the 718 Boxster blows your socks off. With its mid-engined layout the Boxster was always a terrific car to drive and this one gets even better. The astonishing front-end grip is complimented by that quicker rack and allows the 718 to turn-in with more aggression, immediacy and eagerness. At the back the stiffer rear axle and wider wheels make it more stable and grippy. On the S it is now possible to kick the tail out when you get aggressive with the throttle on the slower corners, something you could rarely do with the flat-six's more linear power delivery. That said you have to be very deliberate with the throttle to get the tail unstuck, there are no spikes in the turbo charged motor to surprise you and break traction at the rear. 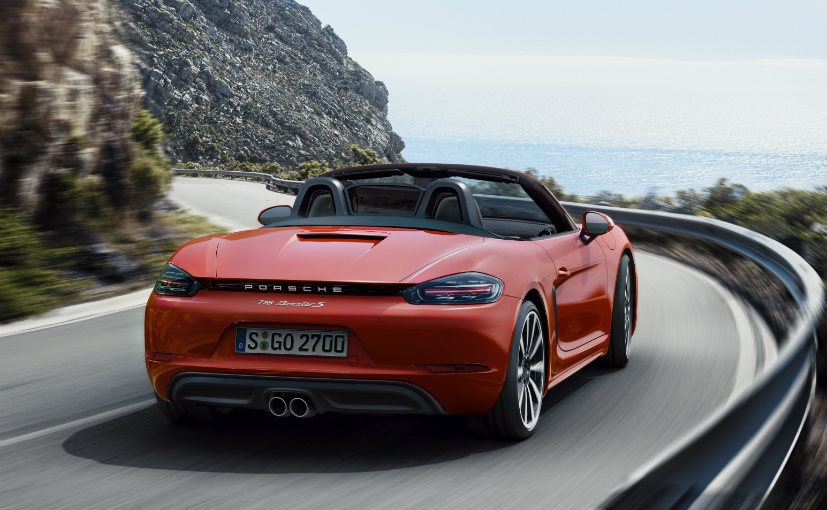 Dynamically the Boxster is a clear step up from anything in its segment. Not only is there poise, grip and enthusiasm in spades but the kind of feedback you get from the chassis, the way it changes direction, and how it loads itself on the outside wheels without any roll or movement is deeply satisfying. With the optional limited slip differential there's enormous traction on the exit of corners under full power while, for a change, the added torque does allow you to play with the attitude of the rear axle (it was nearly impossible to break rear traction in the dry in the old Boxster).

The 718 Boxster is even better to drive and that is saying something for a car that already set the dynamic benchmark. In fact one of the reason why the Boxster has a four-cylinder motor, and not a six, is that with more power (and an already superior mid-engined layout) it would run the 911 way too close. The chassis is actually so good that you end up finding the entry Boxster to be a tad underpowered; you're left caning it and being troubled by its turbocharged nature. You feel the lag, you have to work the engine harder, and the sounds don't get better when revved hard. The S is the pick of the range, of that there's no question, and will prove to be as much of a hoot on a winding road as it is on the circuit. What I do miss is the exhaust note. The turbo-four lacks the character of the old flat six Boxster and in that sense the shift to turbo-charging has robbed the Boxster of some of its emotional appeal. 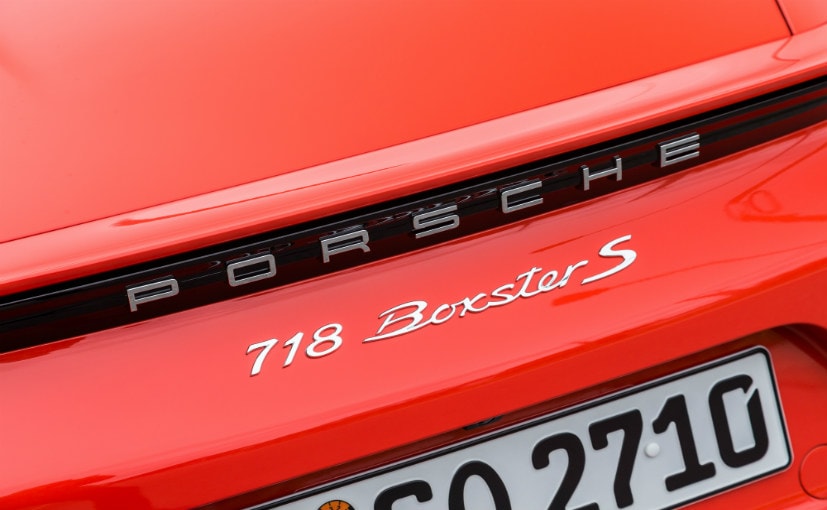 Porsche India are already homologating the 718 Boxster (the 2-litre, not the 2.5-litre S) quite possibly with a lower price tag too considering only the S was offered in India earlier. And if it can slot in at under Rs 80 lakh enthusiasts will be a very happy bunch indeed.