The Maruti Suzuki Ertiga is the second model to get the new in-house developed 1.5-litre DDiS 225 diesel engine. The company has launched the new diesel engine in the Ertiga just days after announcing the phase-out of all diesel models. 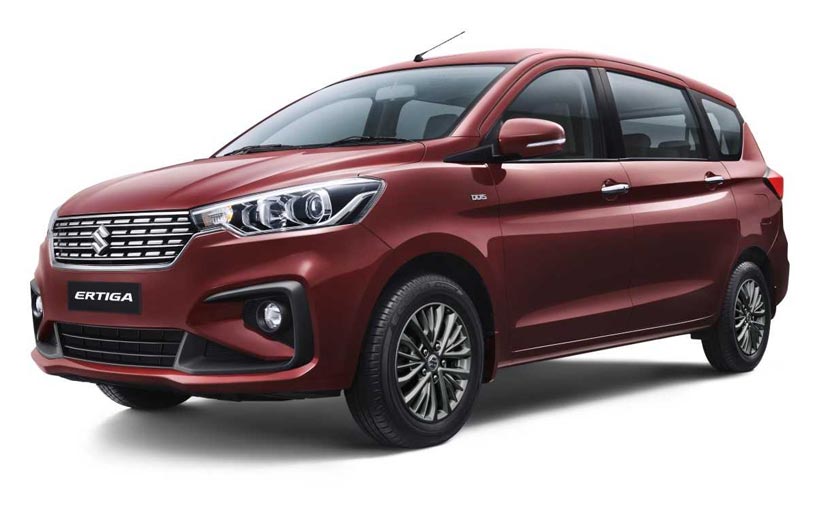 View Photos
The 2019 Maruti Suzuki Ertiga is the second model to get the 1.5-litre DDiS 225 diesel engine.

Just days after announcing phasing out of diesel engines within a year, Maruti Suzuki has launched the 2019 Ertiga with its in-house developed 1.5-litre, DDiS 225 diesel engine. Maruti is offering the Ertiga 1.5 in three variants- VDI, ZDI and ZDI+ with prices starting at ₹ 9.86 lakh for the base trim and going up to ₹ 11.20 lakh for the top-end variant, all prices ex-showroom, Delhi. The DDiS 225 which will eventually replace the Fiat-sourced 1.3-litre DDiS 200 made its debut in the Maruti Suzuki Ciaz. At present, the 1.3-litre DDiS 200 engine will be offered alongside the new engine.

It's a 1498 cc, four-cylinder, turbocharged engine which churns out 94 bhp at 4000 rpm and 225 Nm of peak torque at 1500 - 2500 rpm. In fact, the DDiS 225 nomenclature alludes to the maximum torque the new engine puts out. Maruti has used Dual-Mass flywheel as a linkage between the engine and the transmission which helps to channelize the torque evenly, in-turn adding to the refinement. This engine in the Ertiga is mated only to a six-speed manual gearbox as standard and an automatic transmission is not on option as of now. 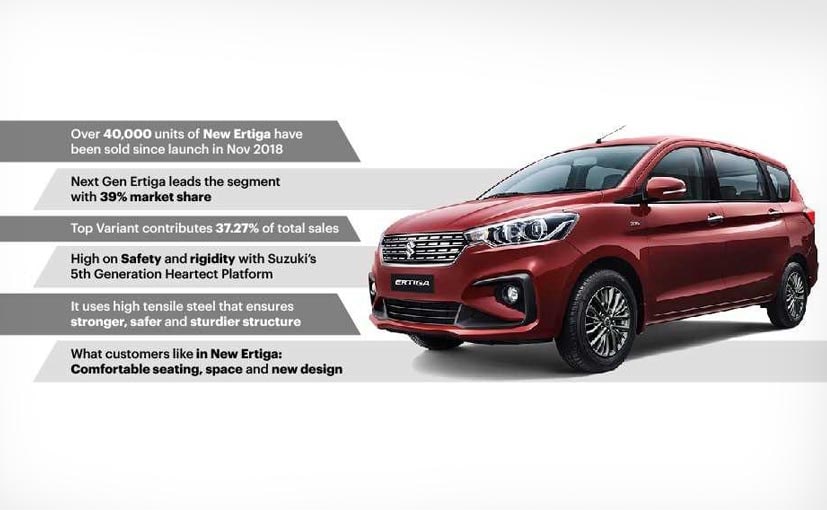 The Maruti Suzuki Ertiga is India's best-selling MPV and commands a market share of 39 per cent in its segment.

The second-generation Maruti Suzuki Ertiga was launched last year in November and has been India's best-selling MPV since then. It commands a market share of 39 per cent in the segment and Maruti Suzuki has sold over 40,000 units since its launch which is a year-on-year growth of a whopping 150 per cent in the November-April period.

Maruti Suzuki in its last quarter financial result announcement had said that it will phase-out all its diesel models by April 2020 when the BS6 norms will kick-in, pertaining to the high transition cost. However, the company's Chairman R C Bhargava did mention that the 1.5-litre engine may have future in bigger models if the market demand is there. After the Ertiga, we also expect the DDiS 225 engine to make its way in the S-Cross which is Maruti's only model above four metres, yet to get the new 1.5-litre DDiS 225 diesel engine.