The 2019 Mercedes-Benz GLC Coupe facelift has been spotted for the first time and the model is seen with a bunch of exterior updates. We expect the coupe-SUV to be introduced sometime in the coming months, 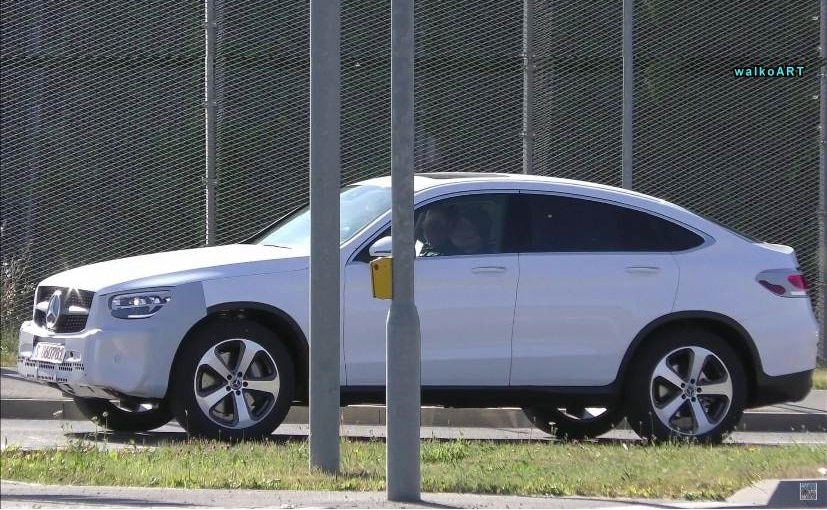 A barely camouflaged test mule of the 2019 Mercedes-Benz GLC Coupe was recently spotted testing revealing most of its production-ready parts. The mid-size coupe-SUV has been spotted for the first time, unlike the test mule of the standard version of the GLC facelift, which has been caught testing on more than a few occasions. While light-coloured camouflage covers a considerable amount of the front fenders, the bumper, and the taillights, the rest of the car is pretty clean and is even seen sporting the three-star logo. 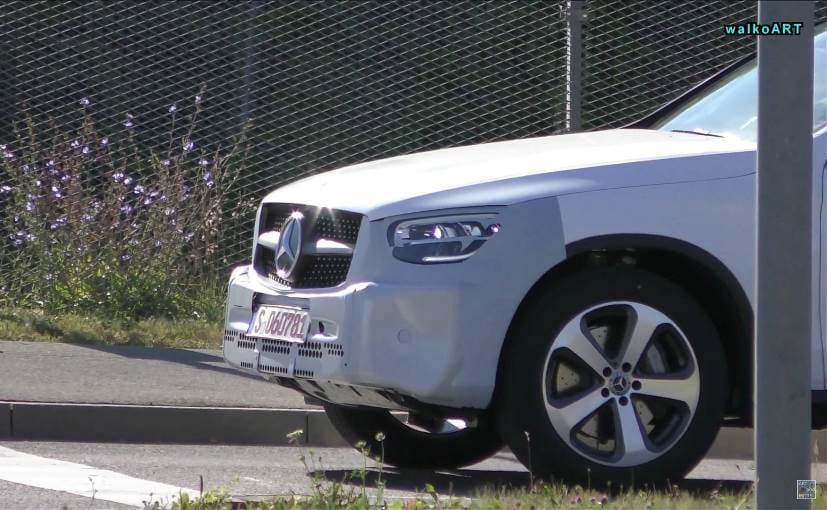 Up front, the facelifted Mercedes-Benz GLC Coupe will come with the signature star-studded grille divided horizontally by a single sliver slat and a large three-star logo at the centre. Although the headlamps are partially camouflaged, we can see that it's pretty much identical to what the standard GLC facelift will feature. The test mule is seen with a set of new fat five-spoke alloy wheels along with a slightly revised rear section, which will include a different cluster design for the taillamps while they retain their current wraparound shape. The rear bumper remains a bit similar to the existing model but the test mule doesn't come with the chrome-tipped exhaust as the outgoing one does. 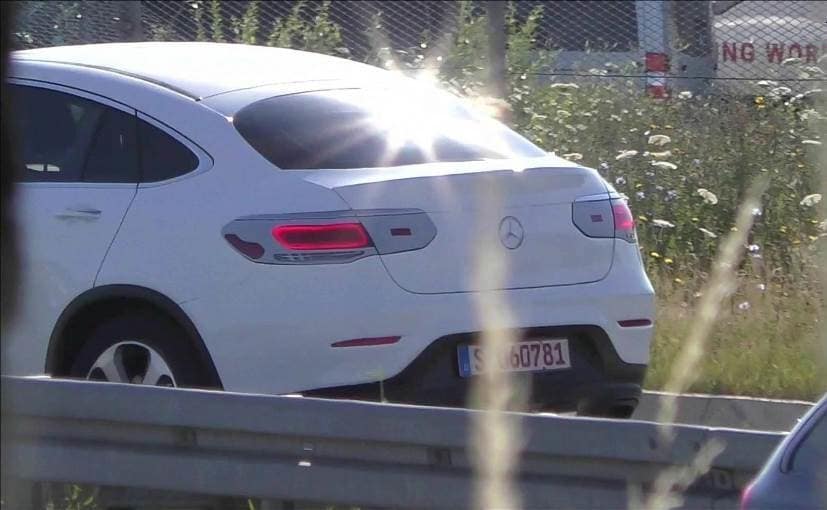 Mercedes-Benz GLC Coupe will get restyled taillamps and rear bumper

While we do not get to see the cabin in these images, the GLC coupe facelift will come with a bunch of interior updates, which could include the all-digital instrument cluster and a larger display for the infotainment system. Although Mercedes has the new AI-based MBUX infotainment system now, considering the fact that the recently introduced C-Class facelift didn't get it, the GLC models are also likely to continue with the tried and tested COMAND system. Other features will include new upholstery and maybe an updated interior trim as well.

Under the hood, the Mercedes-Benz GLC Coupe facelift will be powered by the same engines that were introduced for the C-Class facelift. This includes the new 1.5-litre, turbocharged, 4-cylinder unit that makes 184 bhp and 280 Nm of peak torque and a top-spec 2.0-litre diesel engine that make 245 bhp of peak power and 500 Nm of peak torque. However, the engine options will be confirmed once the Coupe-SUV is unveiled, which is expected to happen in the coming months. Once launched the GLC coupe facelift will go up against the likes of the new BMW X4. Right now, India only get the AMG GLC 43 Coupe version of the car.

Lexus RX
₹ 99 Lakh - 1.29 Crore *
View More
Subscribe to Our Newsletter
Over 1.5+ Lakhs subscribers
Thank you for Subscribing to Us
x