Lining up on the success of Tesla, the new EV-related start-ups want to go public but few have products ready to sell or any likelihood of generating significant revenue anytime soon. 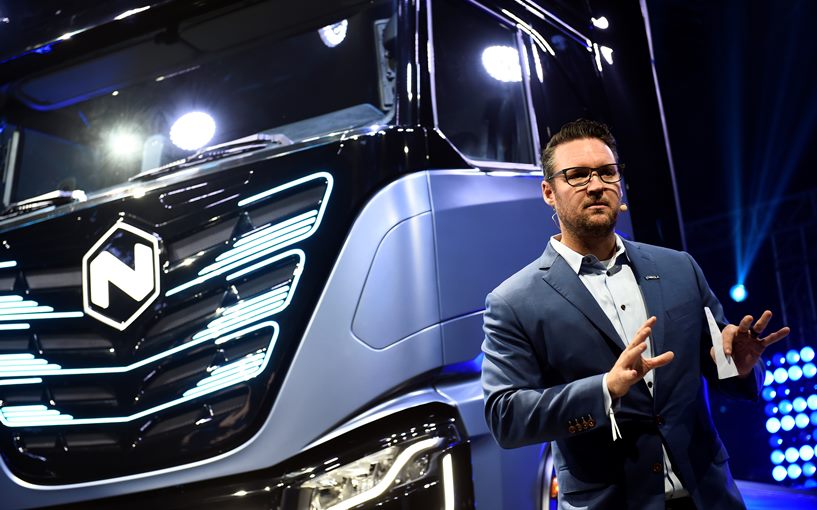 View Photos
The GM-backed EV start-up Nikola has been in the news for a variety of reasons, both good and bad

Missed out on the Tesla rally but still want to surf the electric vehicle wave? A stream of EV-related startups backed by blank-check firms are lining up to go public so there's plenty of choice. But like Tesla in the early days, few have products ready to sell or any likelihood of generating significant revenue anytime soon. Instead, investors will be relying on rosy production, sales and revenue forecasts for new cars, trucks and batteries, all set to be jostling for a slice of markets that will be far more crowded than when Tesla's cars first hit the road.

Take Fisker Inc, for example. It was launched in 2016, just three years after the bankruptcy of its predecessor and early Tesla rival Fisker Automobile.

It has no revenue and its Fisker Ocean electric sports-utility vehicle (SUV) is at least two years away from production in a project heavily dependent on nailing down deals with partners who will build the car and provide key components.

That's not particularly unique for young companies in the sector looking to use SPACs to go public and bypass the scrutiny of a traditional IPO process, according to company presentations and interviews with executives and investors.

That also didn't seem to be an issue earlier this year when U.S. electric truck maker Nikola Motors used a SPAC to go public. Shares in the company that hopes to generate revenue next year almost trebled after listing on the Nasdaq exchange.

But they slumped when a short-seller questioned whether founder Trevor Milton had made false claims about Nikola's technology, forcing the 38-year-old entrepreneur to step down as executive chairman - and making some investors more cautious.

Nikola and Milton have publicly rejected the accusations and have threatened to take legal action against the short-seller, Hindenberg Research.

"Good storytelling is an important component of being a good founder and entrepreneur - but it better not be the only component," says Evangelos Simoudis, managing partner and founder of startup investor Synapse Partners.

Fisker Inc's founder Henrik Fisker is well known in the industry, for designing sports cars such as Aston Martin's Vantage, and for his failed EV firm Fisker Automobile that went bust in 2013 after burning through more than $1 billion.

Fisker Automotive missed targets on revenue, pricing, production and sales before the collapse of its battery supplier forced it to suspend production of its Fisker Karma, which first reached customers about two years later than planned and sold for a much higher price than originally announced.

This time around, he is confident he has learned from his mistakes and won't be one of the startups planning to go public that fails to meet investors' expectations.

"A lot of them will not succeed in launching a successful product on time ... that's just a fact," he told Reuters. "The question then is how much are investors willing to forgive?"

He also said Nikola's woes should make potential investors look closer at what they were buying into.

"It probably was a bit of a wake-up call for investors to really dig a little deeper into these deals and maybe think about what are the real costs and effort to take to get a vehicle to market and maybe understand a little more about how difficult and complicated this industry is," Fisker said.

Investors say Fisker Inc shares some characteristics with other young automotive startups, such as a difficulty in raising funds from private investors and optimistic projections for revenue and profits, as well as production.

Its Ocean prototype is a stylish mid-size SUV with a base price target of $37,500 and production set to start in late 2022. It will enter a market that is soon to be crowded by Tesla's Model Y, Ford Motor's Mustang Mach E, VW's ID.4 and at least half a dozen other brands.

In its presentation to investors in July, Fisker Inc said it expected to produce 175,000 cars in 2024, earning revenue of $10.6 billion and pretax profit of $2 billion that year.

"This is not only based on the Fisker Ocean. We are planning other vehicles as well," said Fisker. "It's a reasonable, good forecast and at the end of the day it's a forecast. It's not something anybody can guarantee."

"When you're a new car company and specifically when you make electric vehicles, it's almost impossible to really forecast what your sales will be," he told Reuters.

Fisker Inc boasts an "asset light" business model that is heavily dependent on using partners both for a vehicle platform and a manufacturing plant - neither of which were locked in before it announced its SPAC deal in July.

Fisker also said then it was negotiating with VW to use its MEB electric car platform and related components for the Ocean.

On Oct. 15, Fisker announced a preliminary deal with Canadian auto parts supplier Magna International, which has agreed to assemble the Ocean at one of its European plants and to provide the mechanical platform for the vehicle.

In an SEC filing the same day, Spartan Energy warned investors that Fisker and Magna "have not entered into a binding definitive agreement" to build the Ocean. The filing also noted that Fisker does not have a deal with VW to use its platform and is still negotiating a parts supply deal.

Asked whether the Ocean's production timetable was still on track, Fisker said: "All I can tell you is we are on the time schedule."

In the wake of Nikola's setbacks, investor concerns about potential red flags for other auto startups backed by SPACs have started to hit the shares of the blank-check companies.

"When you have no product and zero revenue, it comes down to the story that you're telling," said Marc Weiser, co-founder of investor RPM Ventures. "In the case of companies with unproven potential, it's pure speculation - and huge risk."

Shares in DiamondPeak Holdings, which is backing Lordstown Motors, are down 33% from their September peak and Kensington Capital Acquisition Corp, which is behind battery maker QuantumScape, are down 45%.

Lordstown and DiamondPeak told investors in September the truckmaker projects revenue of $3.5 billion and pretax profit of $300 million in 2023.

Ten-year-old battery startup QuantumScape has a promising new solid-state battery cell and financial backing from Volkswagen, but has said it is years away from commercial production and meaningful revenue.

Whether fund managers dangling blank-check deals will pursue a more cautious approach in the post-Nikola environment, despite the potential red flags, remains an open question.

But with Nikola as a cautionary tale, and Fisker sparking additional concerns, some investors have become more choosy.

"We will spend much more of our time and our focus on companies that are already in revenue or ... are soon to be in revenue," Barry Engle, former president of General Motors North America and head of Qell Acquisition Corp, which is evaluating EV-related startups.