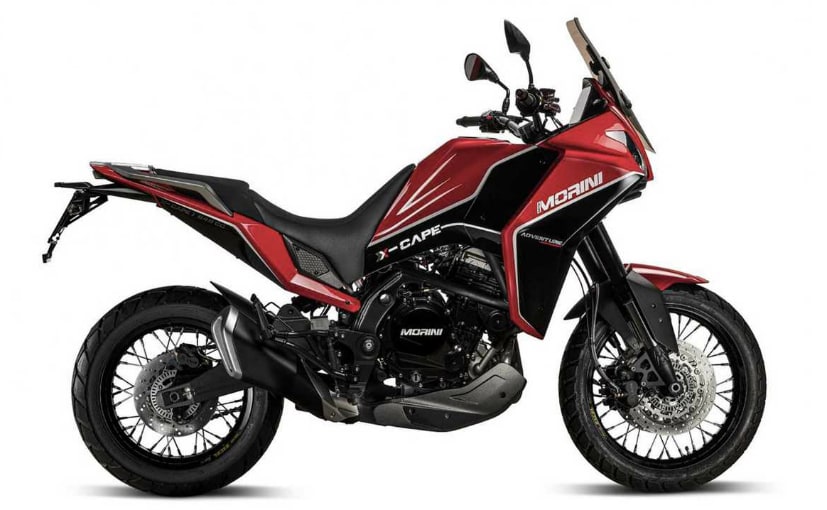 Italian motorcycle brand Moto Morini made its debut in the adventure motorcycle segment at the EICMA 2019 motorcycle show in Milan, Italy. The new Moto Morini X-Cape 650 is powered by a 650 cc, liquid-cooled, parallel-twin engine with a six-speed transmission. The X-Cape will be available in two variants - with a 'standard' and 'limited' engine. The company hasn't published power figures for the standard, but says the 'limited' will put out 48 bhp of power. Moto Morini also didn't publish the weight of the bike, but has a seat height of 830 mm, which should be relatively accessible. 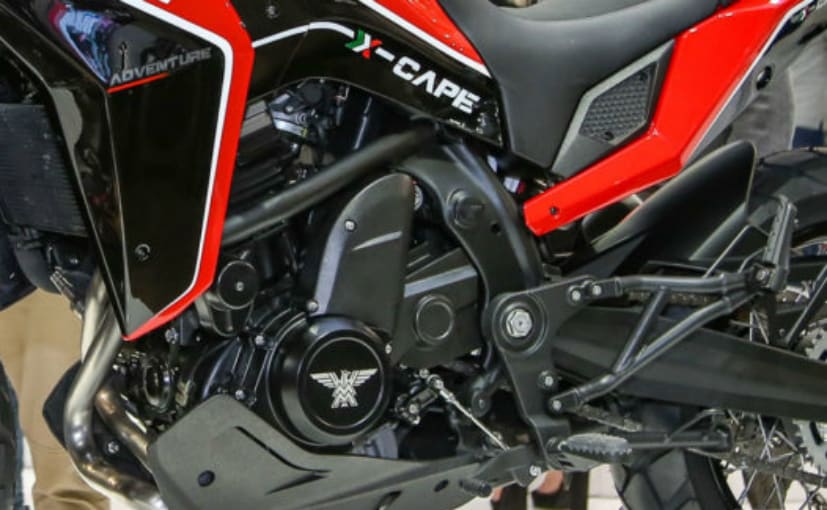 The 650 cc, parallel-twin, liquid-cooled engine puts out around 48 bhp of power

The X-Cape is mounted runs on a 19-inch wire-spoke wheel at the front and a 17-inch rear wheel. Suspension is handled by a fully adjustable, fat 50 mm inverted fork with 160 mm of travel at the front, and a single shock with 135 mm of travel at the rear which offers preload and rebound damping. Braking is handled by twin 300 mm discs on the front and a single 265 mm disc on the rear wheel, with standard ABS. The X-Cape also gets a big 7-inch TFT colour display, and easily adjustable windscreen, crash bars and heated grips.

Design-wise, the X-Cape does resemble the first generation Honda CRF1000L Africa Twin to some extent, right from the colour combination to the pronounced high fuel tank sweeping down to the low seat, as well as the pillion perch. There's also a plastic skid plate on the underbelly, and dual headlights which seem to be LED.

Moto Morini was founded in 1937, but over the years, the Italian brand has changed ownership several times, and even went out of business. In 2018, Moto Morini was purchased by Chinese giant Zhongneng Vehicle Group, and today, production and design is still done in Italy.