The 10 Suzuki Gixxer SF 250s will be used for patrolling by the Gurugram Police and gets a large windscreen, new decals and a side pannier as part of the changes. 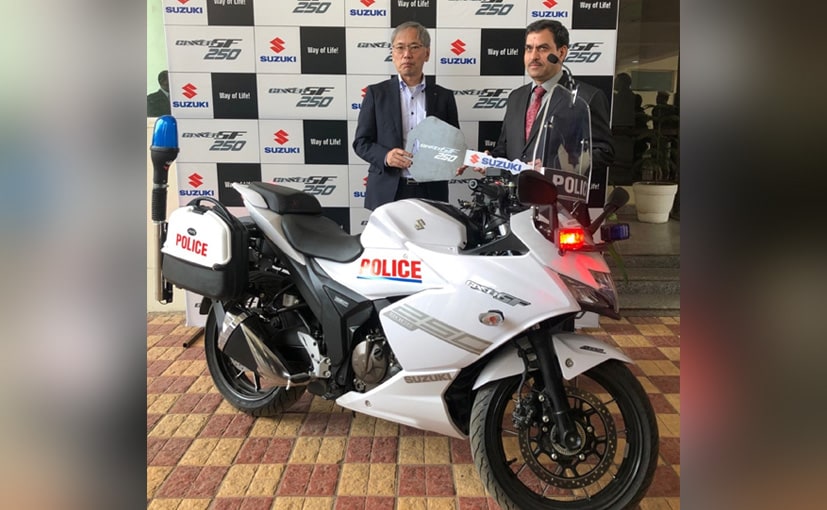 The Gurugram Police has inducted 10 Suzuki Gixxer SF 250 motorcycles, as part of their squad for patrolling. Suzuki Motorcycle India handed over the bikes to the Gurugram Police as part of their road safety CSR initiative and will be used to maintain good governance in the city, according to the company. The motorcycles were presented by Koichiro Hirao, Managing Director, Suzuki Motorcycle India to IPS Mohammed Akil, Commissioner of Police, Gurugram in a ceremony held at Commissioner's office at Sohna Road, Gurugram.

Speaking at the ceremony, Koichiro Hirao, Managing Director, Suzuki Motorcycle India, said, "With road safety being a priority at SMIPL, we are pleased to associate with Gurugram Police and present them with Suzuki Gixxer SF 250 for their patrolling squad. These motorcycles are customized keeping in mind the department's requirement and believe that added resources will support in maintaining law and order in the city." 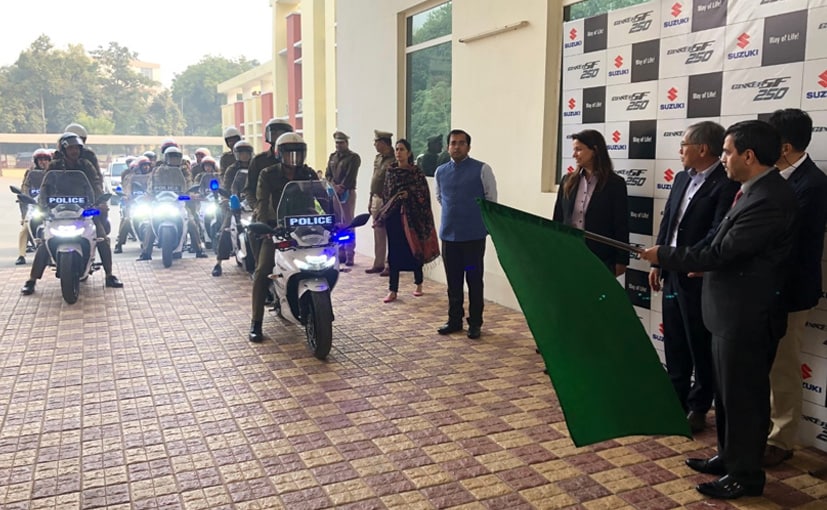 The Suzuki Gixxer SF 250s for the police fleet remain identical to the standard model, but there are noticeable differences including a massive windscreen at the front, police decals on the fuel tank, and a side pannier. The quarter-litre motorcycle wears a white shade and also comes retrofitted with police sirens.

Mechanically, the Suzuki Gixxer SF 250 remains unchanged and is powered by a 249 cc single-cylinder, four-stroke engine with fuel-injection that belts out 26 bhp and 22.6 Nm of peak torque. The motorcycles comes with the Suzuki Oil Cooling System (SOCS) technology that is efficient enough to eliminate liquid-cooling and save costs on the motorcycle while improving fuel efficiency. The Suzuki Gixxer SF 250 is priced at ₹ 1.71 lakh (ex-showroom, Delhi).

Suzuki Gixxer
₹ 1.12 Lakh *
View More
Subscribe to Our Newsletter
Over 1.5+ Lakhs subscribers
Thank you for Subscribing to Us