Jose Munoz's appointment comes at time when plunging sales in both China and the United States, the world's two-biggest auto markets, has prompted a major management overhaul. 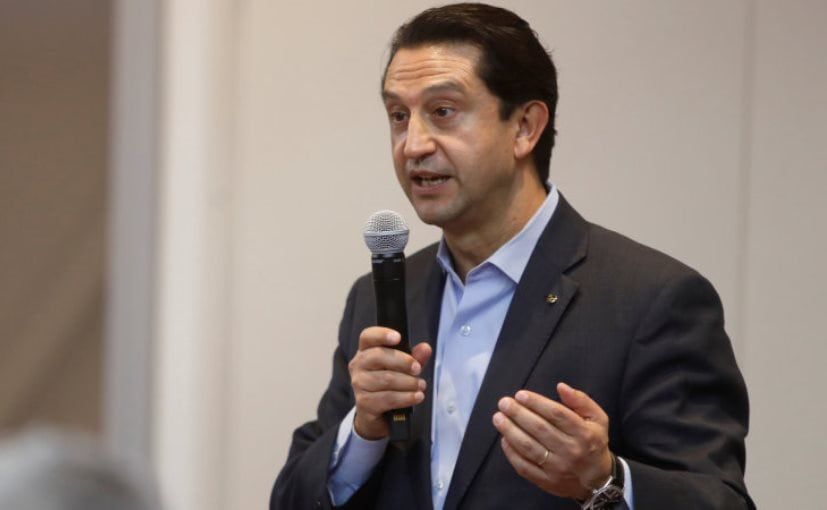 View Photos
Jose Munoz is the latest foreign executive to join Hyundai, which is dominated by lifelong loyalists

Munoz is the latest foreign executive to be brought in to a South Korean automaker dominated by lifelong loyalists, as heir-apparent Euisun Chung strengthens control of the conglomerate chaired by his aging father.

The appointment comes at time when plunging sales in both China and the United States, the world's two-biggest auto markets, has prompted a major management overhaul. In the U.S., Hyundai is also the subject of a regulatory investigation into the timeliness of vehicle recalls involving defective engines.

It also comes as Munoz's former boss at Nissan sits in a Tokyo jail awaiting trial for financial misconduct. The November arrest of Ghosn, who denies wrongdoing, prompted an internal investigation into corporate governance at the Japanese automaker in which Munoz was cited as a "person of interest".

Munoz resigned in January, saying Nissan was involved in matters that would divert its focus and that he looked forward to continuing to assist with investigations. At the time, he was Nissan's China head and chief performance officer - responsible for Nissan's results and global strategies - having previously overseen operations in North America.

At his new employer, Munoz will succeed William Lee, who has led Hyundai's North America business since June. On May 1, he will effectively assume two newly created roles: Global Chief Operating Officer and Head of Hyundai Motor Americas Region.

"(Munoz's) focus will be to deliver profitable growth and to improve overall performance of Hyundai Motor," the automaker said in a statement issued on Thursday in the United States.

He will be based in California and report to "top leadership" in Seoul, Hyundai said.

Since the promotion last year of Euisun Chung, the 48-year-old Hyundai Motor Group scion has in turn promoted executives brought in from Samsung Electronics Co Ltd and automakers including Germany's BMW AG.

"Hyundai needs to change, but it is changing too fast, which could lead to internal conflicts and communication problems," said Lee Hang-koo, a senior research fellow at the Korea Institute for Industrial Economics & Trade.

"If the Ghosn scandal is not resolved well, the appointment could adversely affect the company's image and lead to doubts about Chung's personnel management capability," he said.

Munoz, 53, joined Nissan in 2004 in Europe and led its expansion in North America after the global financial crisis. Nissan raised its U.S. market share under Munoz and posted record sales, though sales have since weakened.

Hyundai, meanwhile, was an outperformer during the 2009 global economic downturn but has seen its U.S. market share slip in recent years, in part due to its delayed response to the growing popularity of sport utility vehicles.

The automaker is recovering slowly, with its U.S. sales rising 2 percent in January-March from the same period a year earlier.