Hyundai plans to launch an electric vehicle next year and is also gearing up for the possible comeback of its popular model Santro around Diwali this year. 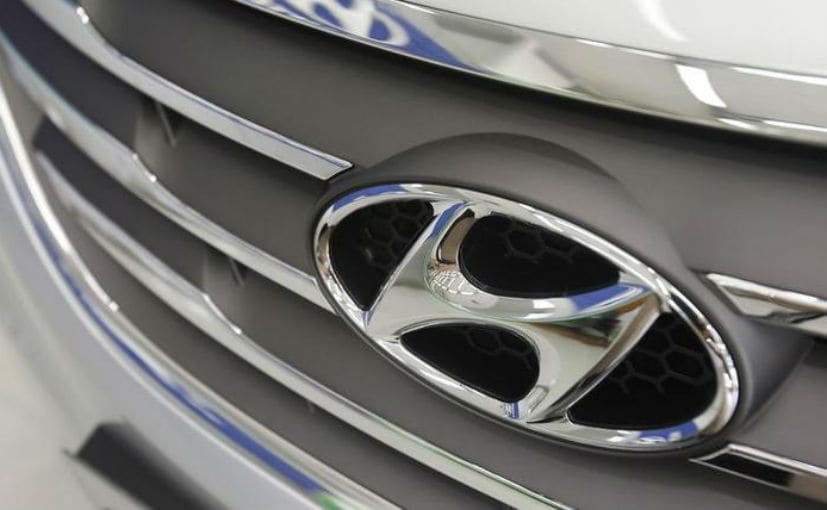 South Korean auto major Hyundai plans to invest over USD 1 billion (around ₹ 6,300 crore) in India in the next three years on new products, development of powertrain and setting up of a new office building. The company, which operates here through its wholly-owned arm Hyundai Motor India Ltd (HMIL), plans to launch an electric vehicle next year and is also gearing up for the possible comeback of its popular model Santro around Diwali this year. HMIL has lined up nine products to be introduced between 2018 and 2020.

"Our total investment till 2020 will be over USD 1 billion," HMIL Managing Director and CEO Y K Koo told PTI in an interview here.

He further said, "The investments will be on nine new products to be launched between this year and 2020, powertrain development and setting up of our new office building in Gurugram," he said.

Elaborating on the new products to be introduced, he said, "Two will be completely new models, one will be an electric vehicle, two facelifts and four will be full model changes of existing products." Electric vehicle

Commenting on the company's foray into electric vehicles (EV), Koo said, "Our first EV in India will be launched next year. At the moment we are yet to finalize whether it will be the Ioniq EV sedan or the full electric version of SUV Kona." Currently, the company is doing a market study on customer preference which would help in deciding which model to launch. In the meantime, he said the company is awaiting clarity from the government in the form of an EV policy so that it can plan the road ahead keeping in view the 2030 target of 40 per cent of all personal vehicles being EVs.

"We will import our first EV as CKD (completely knocked down) units and assemble at our Chennai plant. Later on, depending on market response, we will consider manufacturing here in India but that will take time," Koo said.

Stressing on the need for government support for EVs, he said the current GST rate of 12 per cent must be reduced to 5 per cent in order help popularize the eco-friendly technology.

With battery being an important component for success of EVs in India, Koo said HMIL is keeping the option open of partnering with local firms for sourcing of electric vehicle battery, besides considering other alternatives like importing from China or South Korea. Possible return of Santro brand

Koo said among the two completely new products its plans to launch; one is a compact family oriented car codenamed AH2.

When asked if it would be launched as Santro, Koo said that "is a possibility" but the company is yet to take a final call on the matter.

"It would be launched near Diwali this year. So we will take a final call on the Santro badge at around that time. However, I must admit that we are under a lot of pressure from dealers, customers and market to bring back the Santro brand," he added.

If Santro had continued in the market, he said this year would have marked completion of 20 years of the model in India. The car was launched in the country in September 1998.

Sharing details about the product, he said the hatchback would be wider and taller than the i10 model. The car will be powered by a petrol engine with options for factory-fitted CNG engines. It will also have automated and manual transmission options.

Koo also said HMIL is preparing for the introduction of its compact SUV codenamed Qxi sometime next year. The vehicle will be powered by a 1-litre turbocharged petrol engine. Production plans

On plans to set up a new manufacturing plant in the country, Koo said the company can manage with the current facility till the next three years.

He added that with exports to some big markets like Algeria not doing well, more units from the Chennai plant could be adjusted for the domestic market.

"We can increase the current production capacity at Chennai plant to 7.13 lakh units. Even with domestic market growing at 7-8 per cent, with flexible production at the plant, we can manage by 2020," Koo said.

He, however, declined to comment when asked if HMIL would use group firm Kia's upcoming plant in Andhra Pradesh.

The company, which is completing 20 years in the Indian market, sold 6.78 lakh units last year in the country with a market share of around 16.5 per cent in the passenger vehicle segment.

"We would like to have a market share of around 17 per in the domestic market by 2020," Koo said.